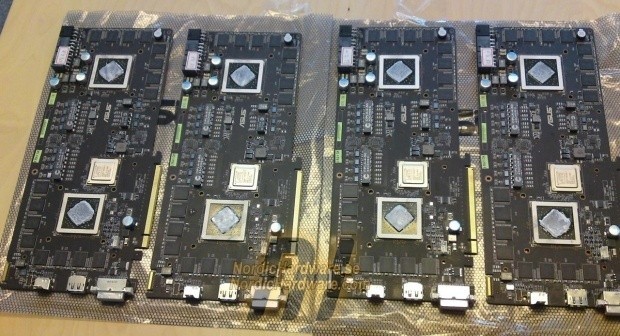 With such a nice array of cards to tinker with, the occassion called for some liquid nitrogen loving and already there's been two world records broken under 3DMark Vantage in the Entry and Performance presets. 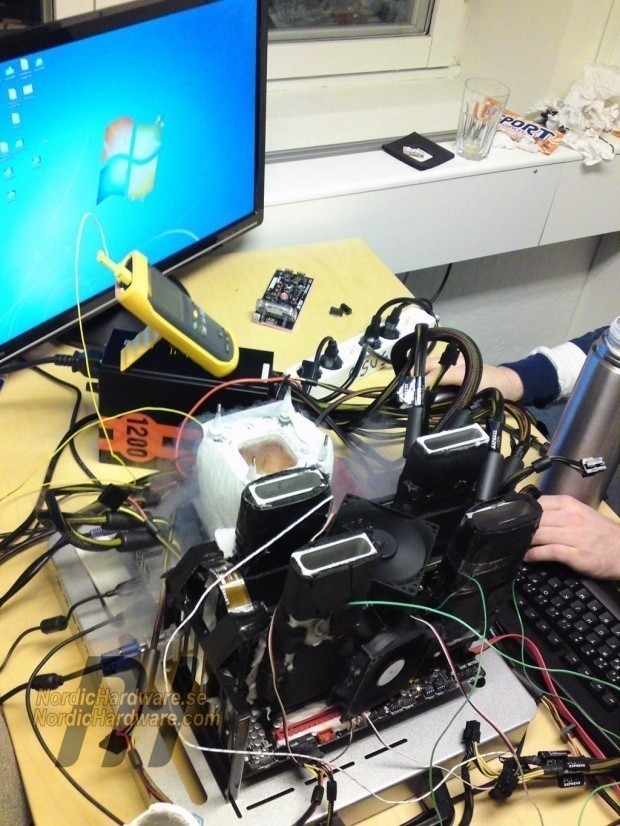 More specifically, with two of their four cards on hand in CrossFireX they managed to push them up to 1150MHz on the GPUs and 1300MHz on the 4GB of GDDR5 memory which then gave them the ability to obtain the WR scores of E93549 and P51651. The rest of the system specs were as follows :-

This link gives the pretty picture in clear detail; a look at the Futuremark Hall of Fame.

Considering the ease of getting WRs so soon after having the cards in hand, it's likely this won't be the ceiling and we might be seeing some even higher scores by the end of the coming weekend.
NEWS SOURCE:nordichardware.com
Newsletter Subscription