All NewsBusiness, Financial & LegalCases, Cooling & PSUContests & GiveawaysCPU, APU & ChipsetsDealsDisplays & ProjectorsGamingMotherboardsScience, Space & RoboticsStorageVideo CardsVirtual & Augmented Reality
All ReviewsAll ArticlesAudio, Sound & SpeakersCases, Cooling & PSUCPUs, Chipsets & SoCsComputer SystemsDisplays & ProjectorsGamingMotherboardsNetworkingPeripheralsStorageVideo Cards
GuidesGamingAsk the ExpertsNewsletterAboutForums
RTX 4090Windows 11Halo InfiniteBattlefield 2042Elon MuskGTA 6RTX 3080HDMI 2.1
Video Cards
Ah the wonders of the rumor mill and the leaks of big companies. Toady while cruising the Internet I stumbled upon an interesting article. It supposes that AMD has a new low-end (you might call it value) DX11 40nm GPU ready for release in the beginning of 2010. The new GPU is called Redwood and fits most of the information we have. There will be 400 Stream Processors (meaning 80 "fat" and 320 "thin" following the Vec5D architecture) 1GB of GDDR5 (128 Bit interface) and should not need external 12v power.

However there are, as with many leaks, inconsistencies.

The first thing that leapt out at me when looking this over is the Texture Fillrate listed by GPUz. It shows as 103.3 GTexels per Second. Quite a feat considering the 5870 only achieves about 68 GTexel/s . This could be nothing more than an incorrect reading by GPUz though. 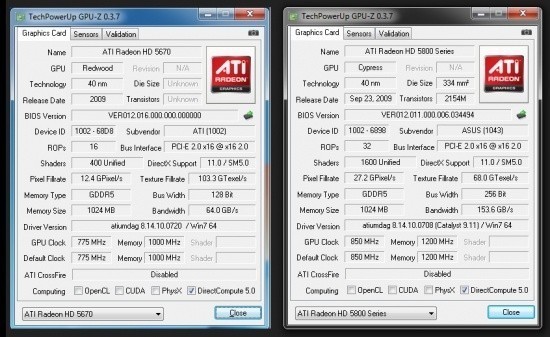 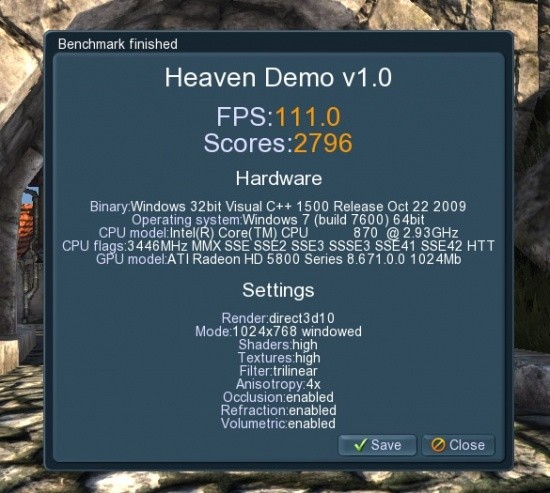 Does this mean the screen shots and benchmarks are faked? Well, to be honest it is very likely they are. There just seem to be far too many discrepancies to account for in the information presented. Of course we could be wrong here, but my money is on a forgery here. Still we do know that a redwood GPU is to be released soon (sometime in Q1 2010 maybe), we just do not think this one is it.
NEWS SOURCE:hardforum.com
Newsletter Subscription