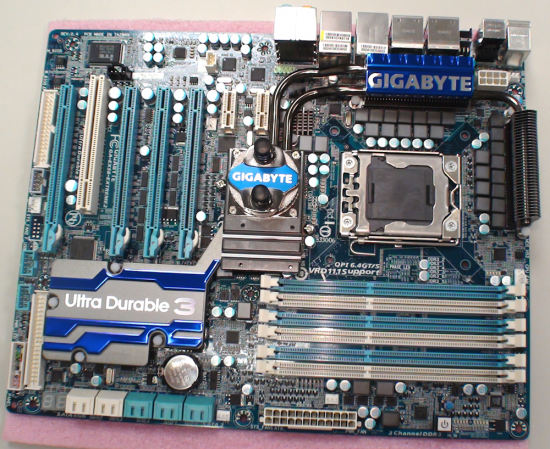 As with the refreshed P55A motherboards, the EX-58 EXTREME2 motherboard carries the same "333" theme. The triple three theme means that SATA3, USB3 and triple power USB has been added to the new version of the popular EXTREME motherboard for the high-end Core i7 processors.

We covered the three new additions to a lot of detail (with pictures) in our post last week about the new P55A motherboards, so we won't go over all that again here. Instead, just visit the news post here.

Below you can watch our exclusive video review of the GIGABYTE EX-58 EXTREME2 motherboard.

Will you be buying one? Let us know by commenting on the video. Don't forget to sign up to our YouTube channel, either!