All NewsBusiness, Financial & LegalCases, Cooling & PSUContests & GiveawaysCPU, APU & ChipsetsDealsDisplays & ProjectorsGamingMotherboardsScience, Space & RoboticsStorageVideo CardsVirtual & Augmented Reality
All ReviewsAll ArticlesAudio, Sound & SpeakersCases, Cooling & PSUCPUs, Chipsets & SoCsComputer SystemsDisplays & ProjectorsGamingMotherboardsNetworkingPeripheralsStorageVideo Cards
GuidesGamingAsk the ExpertsNewsletterAboutForums
RTX 3090RTX 3080RTX 3070RTX 3060HDMI 2.1Bitcoin MiningBattlefield 6Fallout 76 2021
Video Cards
I love the launch of new graphics cards, especially when it comes to AMD products. The main reason for this is that NVIDIA normally send over an email asking if we've got samples and when we respond with a yes, we get some questions that they think we should be asking ourselves.

This time was no different; the email came through right on time with NVIDIA asking the "tough" questions. To be honest though, I'm not AMD, I don't really feel great about answering questions on behalf of AMD, so with an email sent we had someone who was willing to respond. That person was Chris Hook who is AMD Global Communications, now with Global Communications in your title, you've got to feel pretty safe that the right person is responding.

So, what did NVIDIA ask and how did AMD respond?


UPDATE - NVIDIA's PR company for Asia Pacific in Singapore, CIZA Concept, has contacted us and claimed that the source of the questions was from them as "our observations, as industry watchers" and not NVIDIA. We always get these types of questions and they seem to read like they are from NVIDIA, so we are unsure. We were asked to state this in this news post, which has been done here.

We were also contacted by phone about this by NVIDIA and we have offered them the chance to do a follow-up. We are in the process of preparing questions and will have them answered early next week in a new news post.


Why is AMD focusing so much on DX11 when most games are on DX9 console ports?

Today and over the life of the Radeon HD 5000 series, dozens of triple A titles will leverage DirectX11 features. If NV was able to produce a DirectX11 card today, they'd be delivering a much different narrative on DirectX 11 to the press. If NV really believes that DirectX11 doesn't matter, then we challenge them to say that publically, on the record.


Aren't they punishing PC gamers by pushing out the schedule of PC titles such as Dirt 2 in order to support DX11?


When are GPU-accelerated Havoc titles going to be shipped? Do they have a list of games that will support Havoc?

PhysX has been around for years and years, but today, GPU-accelerated PhysX titles are still in the single digits. The physics experiences that many of those titles delivered have disappointed gamers and were widely panned by the press worldwide. GPU accelerated game physics will only be accepted in the marketplace when industry standards are embraced. 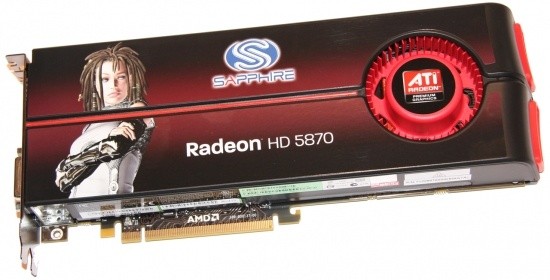 The answer to the first question is fair enough. Over the years, we're going to see tons of games that are going to take advantage of Direct X 11. The thing about technology is that has to be used in two ways (graphics cards and games) and that means someone has to take the first step. If developers started making games with Direct X 11, but there wasn't the ability to play them, other developers would be saying what a waste of time and effort - why implement a technology that cannot be used? The same can be said when it comes to the graphics card. Sure, word has come out that Dirt 2 isn't going to be full on when it comes to DX 11, but it's also going to be the first game to come out and make use of it. As time goes on, we're going to see more and more companies make more use and better use of the technology.

As someone who has become accustomed to release dates getting pushed further and further back, I'm not sure how delaying a game that a company is going to make only better is punishing users. Especially since AMD has teamed up with them to include it in their bundle that means everyone with a HD 5870, a Direct X 11 capable card, is going to be able to use the technology when it becomes available. Do we wish Dirt 2 was here now yes, but to be honest Windows 7 isn't here officially yet either, so we still wouldn't be able to make use of DX 11.

Honestly, we had to expect a stab at Havoc, and to be honest it's fair enough; we haven't heard a whole lot about Havoc titles. On the other hand, don't even get us started on PhysX. NVIDIA really pushed the ability to have one graphics card for gaming and a second for PhysX, but there has never really been a need to make use of this technology. To be honest, the only thing PhysX is doing for NVIDIA is increasing their 3DMark Vantage score, which has really annoyed me from day one. Personally I think that the Vantage team should have never implemented a technology that can boost your score, but only be used by one side.

We're not trying to stir up any trouble, NVIDIA asked the questions though and we thought that it was just fair that we get an answer to them. We have to thank AMD for taking the time to respond to the questions and especially getting the answers to us before the NDA lifting of the HD 5800.

No doubt we're going to see more and more of this over the years, and to be honest it's not really a bad thing. It keeps users informed of what's happening in the market and just is generally helpful information. Hopefully it is questions and answers like these that push more PhysX or Havoc enabled games on the market while also getting people excited about Direct X 11 and what it's going to offer over the years.