To reach this speed he needed some LN and 2.02 volts. The 6.386GHz OC is very nice but was not bench stable. To run 3DMark Vantage for a CPU score he had to drop back to 5.9GHz (still a nice overclock).

At this speed the new Gulftown was still able to completely smash the existing world record for CPU score with a staggering 51,177 not using any GPU based Physics. Now when you consider that the current record is only 32,328 you can see just how impressive this feat truly is.

AMD has a ton of work in front of them If this score and overclock are in any way representative of what we will see from Gulftown once the new 32nm CPU hit the stores in 2010. 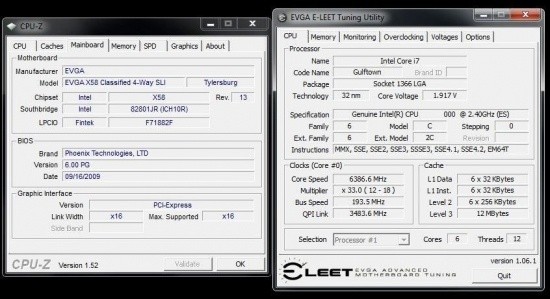