For example, Inquirer Hack Sylvie Barak grabs a kernel of a story from CNET about the new XP Mode in Windows 7 Business SKUs and how it needs VT or AMD-V to run properly and turns it into a mountain of an issue.

First and foremost to all of the people out there complaining: XP Mode is meant for legacy business applications NOT for consumer usage.

Now on to the issue with Intel's VT the story (or non-story) is that not all Intel CPUs have this feature. The thing is they are usually the low end CPUs that are without it. They are also mostly Laptop CPUs not aimed at businesses or enthusiasts.

So we see budget laptops (that would more than likely not be purchased by a business) not having a feature that would not be used in that level of equipment anyway.

Wow! What a shocker that one is. Really is there nothing else to write about? 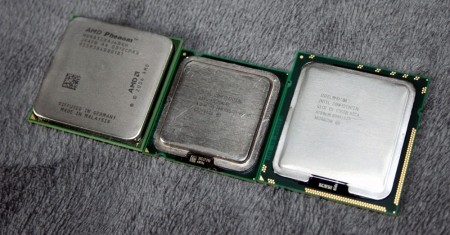 Some HP, Dell, Toshiba, Sony and other laptops sold at retail stores are among the models from a variety of PC makers that have processors that don't support Windows 7 XP mode.