Rather unsurprisingly, Microsoft put the decline in sales down to a drop in the amount of new PC computer systems being sold around world, in these tough economic times.

To be exact, sales dropped by 6% from a year earlier to $13.7 billion, which missed analysts' expectations of $14.1 billion. 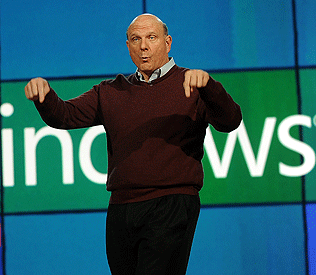 Is this the end of the world? Well, probably not, as Microsoft has incredible cash reserves and will probably end up improving by the end of the year, when it releases its upcoming Windows 7 operating system into the wild.

Results included charges totaling 6 cents per share for job cuts and investments that took place in the quarter. Without the charges, Microsoft earned 39 per share, in line with forecasts by analysts polled by Thomson Reuters, which typically exclude one-time items.

Still, shares of Microsoft (MSFT, Fortune 500) rose 4% after hours, as the company performed roughly in-line with expectations. In the previous quarter, results came in well below forecasts, and Microsoft rescinded its prior outlook for 2009.