CrunchGear has spotted these two rodents which are said to both carry similar specs including variable DPI adjustment from 400 to 2400, 500MHz polling rate, various profile settings and a quality laser-based sensor.

The left offering (HDX) is evidently the more conservative of the two with its ambidextrous design whilst the fancy looking gaming mouse on the right gets his characteristics with the help of Voodoo.

As another refreshing addition to their range of input peripherals is this new wireless desktop pack, which for the most part carries nothing revolutionary, apart from a few small things, that is. 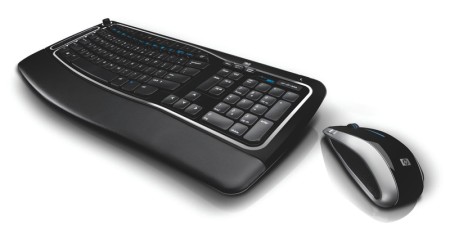 This keyboard has an all in one "ctrl-alt-del" key for the really lazy (or really dumb) users. Reminds me of the old 'any' key jokes. Another interesting aspect of the keyboard is the inclusion of a "rotary button" to the top left and a mass of function keys squashed together (ugh). 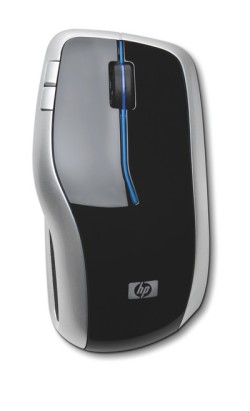 The Vector mouse has a right-handed curve to it and technically should be quite comfortable; but as with most mice, it's difficult to assume without trying it yourself. You can also see two small buttons wedged closely together at the top left, which seems like a bit of an odd position.

No word on pricing or availablity yet; we'll keep you posted.
Newsletter Subscription