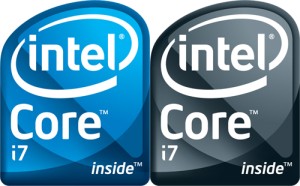 This was accomplished on generic air cooling and to ensure stability, the voltage was increased to 1.576v.

A screenshot of this feat was published over at Fudzilla which you can barely make out. But what's been said of it is that a SuperPI 1M run was executed whereby the 4.11GHz Nehalem processor ploughed through it in under 10 seconds; 9.969 to be exact.
Newsletter Subscription