Welcome back to our second installment of 3D Printing Tips and Tricks. In this installment, we are going to tackle two major issues in one article, and I will demonstrate how to prevent warping, as well as print to bed bonding issues. The other day, I sat down and recorded a video on my method of making a batch of ABS Juice, which, when combined with PET tape, will virtually eliminate all of your warping and sticking issues related to ABS. 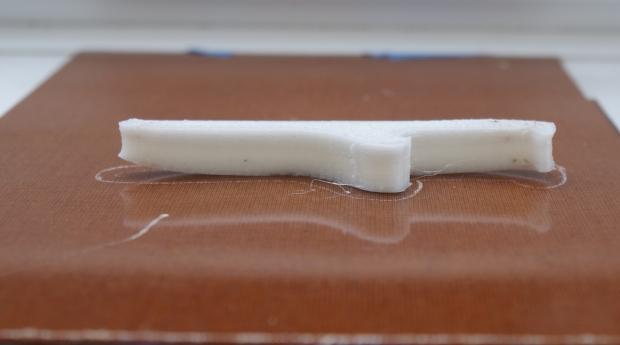 One of the biggest issues that plague the desktop 3D printing world is a pesky nuisance known as warping. Warping is due to Acrylonitrile Butadiene Styrene plastic (or or ABS as it's commonly known) shrinking up to as much as 1-percent after it cools to room temperature. Despite how convoluted this may sound, shrinkage is actually a feature that was designed into ABS plastic when its chemical formula was designed.

This is because ABS was designed with the injection molding process in mind. This shrinkage allows the injection molded parts to pull away from the mold as they cool, and simply fall into a box or conveyor belt without the aid of human intervention. This allows the machines to produce hundreds of parts per hour, and production rates to keep up with demand. 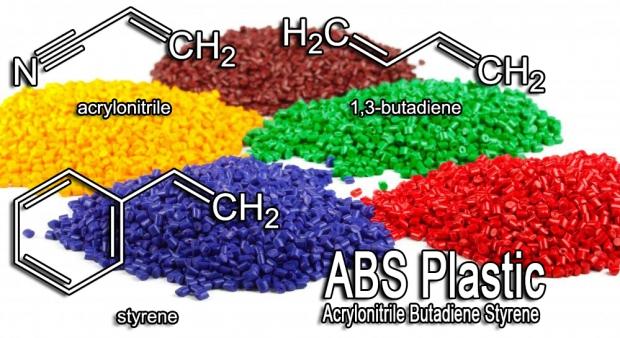 Unfortunately for 3D Printing enthusiast, it can take anywhere from an hour to several hours to print one part. This means that the layers printed earlier in the build process will cool faster than those printed more recently, causing them to shrink and curl at the edges. This has been an issue since the early days of the RepRap Project, and was the reason we designed heated build platforms to help keep these lower layers warm. Ideally, a heated build chamber is needed to fully prevent any shrinkage from occurring, but they take up valuable space, and are cumbersome if the print needs accessed.

Another major issue that plagues hobby-based 3D printing is getting ABS to stick to the print surface. This plays a major role in warping as well as complete print failures. As with shrinkage, makers have been coming up with ingenious ways to make their ABS prints stick to the surface since the beginning. Early on, we realized that ABS tends to stick well to blue painters tape, as well as Kapton tape. Kapton tape is a high-temperature film tape that is comprised of polyimide, which is stable up to temperatures exceeding 400 degrees Celsius, making it an ideal solution for 3D Printing applications. 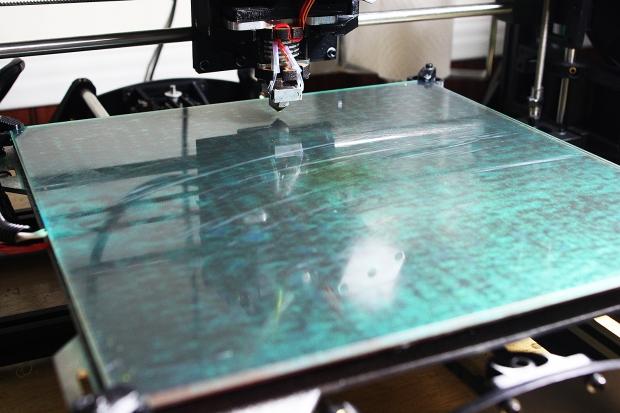 Along the way, we found that Polyethylene Terephthalate (PET) tape worked exceptionally well in getting ABS Prints to stick as well. It lasted longer than Kapton did, and we were able to get many more prints from the same sheet of PET tape than we were from a Kapton sheet. Unfortunately, warping was still an issue, as every hobby 3D printer is calibrated different, and first layer heights vary based on personal preference.

Another contributing factor to warpage was the introduction of contaminates to the print surface, usually in the form of oils from human skin that were deposited during print removal.

There were several ideas tossed around the net on how to reduce this, and two won out in the end.

One method involves using hairspray as a sort of tacky glue on the print surface, and while this does work on PET, Kapton, and even bare glass printing surfaces, recent studies have shown that hairspray used with ABS prints actually increases shrinkage levels once the print cools. This causes bad layer separation in the first few layers of the print. The other method that works far better involves making slurry-like glue from Acetone and ABS that has affectionately been named "ABS Juice." 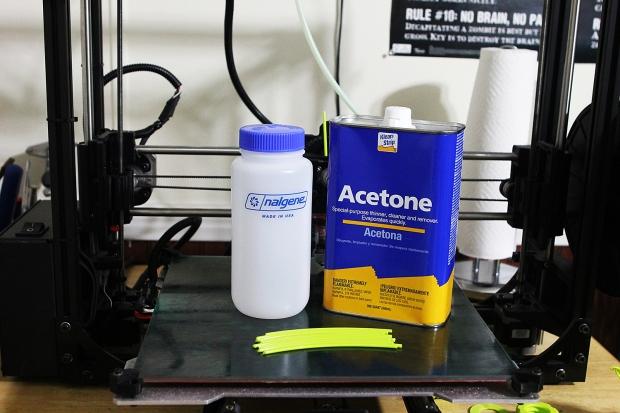 ABS Juice works by dissolving ABS filament in Acetone, which is then applied to the print bed via a folded paper towel. This basically coats the surface with a microscopic layer of ABS that is able to form a strong bond with the Kapton or PET tape. This gives the ABS the perfect surface to stick to, as it really only likes to stick to itself consistently.

In the video seen above, you can learn how to make your own ABS Juice with only about $12 in materials. ABS Juice consists of about 10-ounces of pure acetone, which is poured into an acetone-safe Nalgene bottle. You then add in 8-10 strips of 3mm ABS filament, and shake for a couple of minutes. This is followed by a long soak of a few hours to fully dissolve the ABS Filament.

I like to keep a different color of ABS Juice for each color of filament I buy, but a single bottle will work for most people. I find that I can print almost 5lbs of plastic from a single 10oz batch of ABS Juice, and that you can reuse the folded paper towel 3-4 times before needing to toss it in the trash.

However, one of the biggest things to avoid when making ABS juice is the use of fingernail polish remover that contains acetone, as it also contains extra mineral oils and other chemicals designed to hydrate the skin. This will leave an oily surface on your print bed, and will make it impossible for prints to stick. I like to use pure acetone, which can be found in quart sized cans for about $6 at any hardware store. 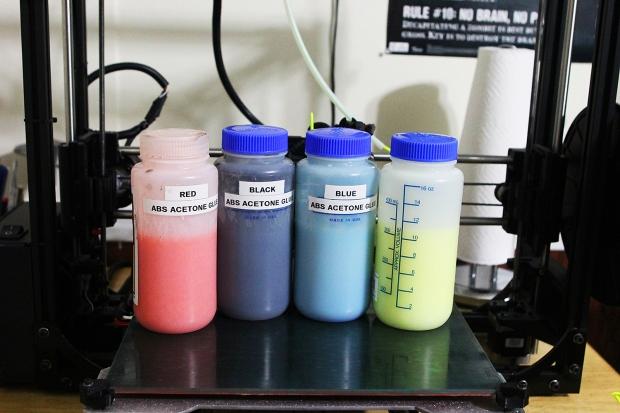 Safety precautions need to be taken when dealing with Acetone, as it is quite the volatile solvent, and its fumes can be ignited from just the smallest ignition source. Always turn on a fan or open a window to help dissipate the fumes after use. Another thing worth mentioning is that after use, wash your hands thoroughly and then apply some moisturizing lotion to them, as Acetone dries out your skin on contact.

It's also worth mentioning that the use of a high-quality filament of known composition and origin will go very far in reducing warping or sticking issues when combined with the proper extrusion for that specific color plastic. Personally, I like to use Voltivo ExcelFil 3mm and 1.75mm ABS, as it is one of the highest quality filaments I have ever seen. I know its manufacturing origin, and Voltivo goes the extra mile to even list out the recommended temperature to print each color at. 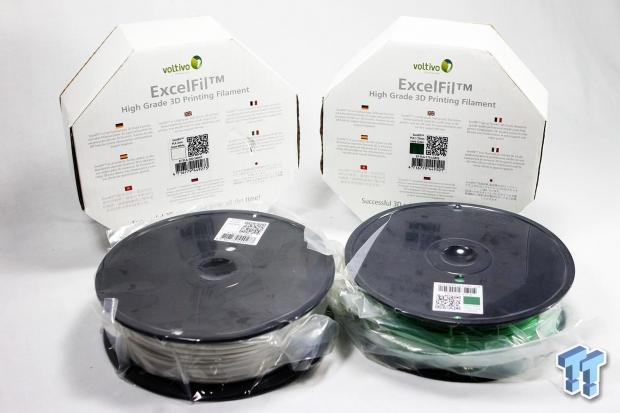 Finally, the use of ABS Juice on your print surface will cause PLA not to stick to it unless the entire ABS film has been removed. Removal is as easy as swapping out the tape covering the surface, or wiping it down with a secession of clean paper towels and pure acetone. If you are someone who frequently switches back and forth between ABS and PLA prints, then you should keep this in mind.

Some images were provided by 2Print3D.