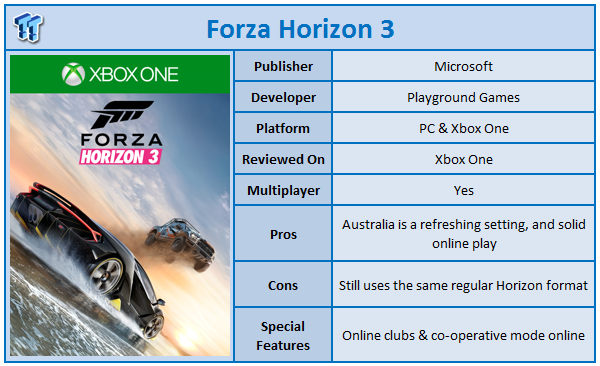 Occasionally, when a game gets an offshoot series (in this case, Forza Horizon when compared to Forza Motorsport), the offshoot series becomes the most dominant franchise. And so it has been with Forza Horizon. While the main game has had a few lackluster releases that failed to capture the imagination or push the series forward, Horizon has always been a breath of fresh air. Who cares about checking out the innards of a car in a showpiece studio, when you could be tearing up the asphalt in that car during one of the many events on offer? Forza Horizon 3 continues this tradition, this time visiting Australia and bringing along with it not only some of the world's best supercars, but some Aussie classics as well.

There are some significant changes to the game this time around. Right from the outset, the game mixes it up with you now as the boss of the Horizon series, as opposed to being a competitor. This puts you in control of where the festival expands and in what location to open next. As with the previous games, the main progression metric remains fans. Gathering more fans allows you to build out the Horizon series on the great southern continent, and you will need a lot, with around two million required to get all the festivals unlocked.

However, being the boss offers you some options that you have not had before. For example, when a Horizon expansion opens, you get to choose which event expands and when the time comes to open a brand new festival somewhere in Australia, you get a choice there as well. Sick of running on urban roads? Maybe it's time for a trip to the outback. 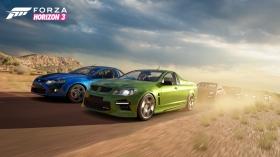 This brings us to the second star of the show (the first being the multitude of beautiful cars on offer), the continent of Australia. While the developers have had to take some creative license to fit the different extremes of the various environments present in Australia (the Outback is more than seven miles from Surfers Paradise, for example), they have captured much of the unique environments present. They could have gone the cliché Sydney Harbour Bridge or other iconic venues, but instead have focused on where people actually take driving tours in Australia. This is why it works, it feels like where the races take place, could host something like the Horizon festival without a sweat.

Like in the previous games, the Horizon festival is a mix of supercars, racing events, and pumping music. As you progress through the game, more options will come on offer, such as new radio stations, cars, and of course, locations. While some of the cars in the game are extremely expensive (credits do flow pretty freely, however), the game often doles out a brand new car to you to keep things fresh. As well as this, there are numerous events known as the "Bucket List" where you will get to take hold of some of the most expensive cars early and give them a spin. Make sure you play Bucket List 7, we won't spoil what it is, but for a long time Xbox fans, it's a treat. Regarding car manufacturers, it ranges from the regular day to day cars such as Holden and BMW through to some of the most exotic cars from the likes of Ferrari. 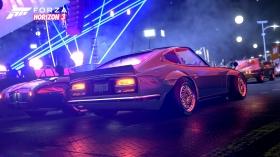 There are three basic types of event, each with a style of sub-event such as point to point. Street racing, where you will be tasked with sticking to the asphalt as best you can, off-road racing, which introduces some dirt roads into the mix, and cross country, where you are not following any direct path and just bush bashing in 4WD vehicles. Being an Australian, I can testify that the events capture the style of road trips in Australia perfectly. While you can stick to the main path, tripping off the main road just a little leads you to some stunning vistas - and so it is in the game as well.

Four locations are present in the game where a Horizon festival can be opened: Byron Bay, Surfers Paradise, Outback, and the Yarra Valley. For the most part, each of those areas is modeled extremely well. However, it's not a surprise that the area we found the least interesting was the outback. It's hard to model thousands of vast miles in a small world and capture the essence of it. However, the other three are beautiful representations of the locations.

For example, in Surfers Paradise, they didn't just whack a few skyscrapers up. Those that are present are directly modeled on those which exist in the real city. Having driven through Surfers Paradise recently, tripping through there in Forza Horizon 3 was like being taken back there. They have even included things only locals would know about, such as the Tugun bypass tunnel.

Byron Bay has also been captured amazingly well with its fantastic views that are found in that part of the world. Those who have visited the places within Forza Horizon 3 will appreciate just how much work the developers have clearly put into capturing these places. When it comes to the outback, it's harder to relate because they have not modeled one particular area. They have indeed captured the vast nothingness of the arid deserts, but there are no real iconic features to be found, except maybe the single petrol station in the middle of nowhere. 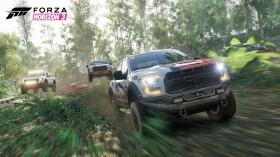 When it comes to the driving engine, the game performs admirably well. Just like Forza Horizon 2, the sensation of speed in the faster cars is incredible - especially when you get to the outback and those long, straight sections where you can push a car to its limits. While the game certainly is a more arcade representation of racing than its bigger brother Forza Motorsport, it still has enough realism in the physics that you still need to be able to handle these unique cars properly. The lighter cars are easier to chuck around a corner in a drift, while the larger cars make waste of some of the cross country sections including the sea and dirt roads. Just as you would expect in real life.

As you would expect with the visuals, they impress, just like they did last time around. Besides the aforementioned capture of some iconic Aussie locations, the cars themselves are also stunningly modeled and fun to drive. Those of you who are into checking out the innards of cars up close, the showroom feature is back, allowing you to dig into these cars. The frame rate remains solid despite a ton of action occurring on screen. Not once did we notice a significant drop, and the world is modeled so well that it can be fun just to drive around and take it all in.

On the multiplayer side, you have three options to play in. Online Adventure, Co-Op Story, and Free Roam. The game encourages you to cruise around in multiplayer and race with friends. For example, in the online adventure mode, between races, you are tasked with cruising to the starting point. Not only does this allow you to see more of the stunningly-modeled world, but it makes it feel more like you are on a road trip, as opposed to just cycling through different events and being transported throughout the world. The co-op mode allows you and some friends to progress through the main single-player portion of the game together. 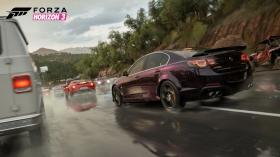 This is brand new to Forza Horizon 3 and is a welcome addition considering that the single player campaign is actually quite lengthy. One thing we noticed in multiplayer is that the game can encounter issues if there is network lag present. The game does not entirely break and remains playable, but other cars will jump around a bit. For the most part, though, the online game feels very solid and is easy to jump into. Clubs takes this to the next level as well allowing you to join car clubs and then compare individual leaderboards amongst other things.

With the last game only coming two years ago, there was the potential that fatigue would set in and that the gap would not be long enough. The developers have been intelligent enough to realize this and instead of just shipping another game set in another continent, they have introduced changes that mix up the gameplay, such as the fact you are now the boss of the series, and also the online co-op play. Forza Horizon 3, just like its predecessors, is an incredibly a fun game to play and the series remains one of our favorites on the Xbox platform. It's recommended for sure!