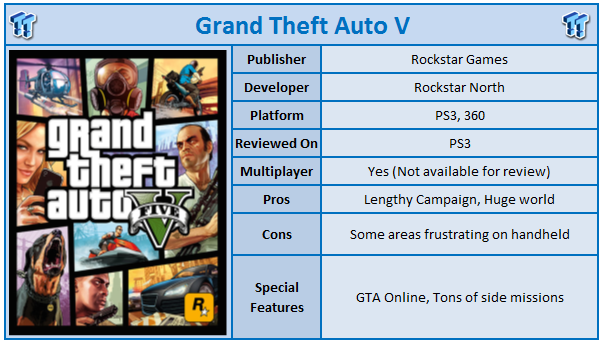 When it comes to gaming heavyweights, there are not many that compare to Grand Theft Auto in both sales and in terms of infamy within the mainstream media. This is a series that has sold millions of copies, led to countless editorials on violence in gaming and somehow became the franchise that people outside of gaming tend to associate with gaming. Rockstar probably had no idea how big this franchise was going to become when they shipped GTA3 on the PS2 many years ago, or how controversial it was going to turn out. And so in 2013, we have the next iteration in the series with its largest scope yet and the most ambitious game possibly of all time. On paper this project looked impossible, but if there is anyone that could pull it off its Rockstar, and for the most part, they have.

The first major change with GTA V is that the game now revolves around three main characters. Franklin, the young kid trying to make it into the criminal world by taking on petty jobs and hanging with gangs. Michael, the retired ex-bank robber who is living the life in the richest part of town and Trevor, a psychopath ex-bank robber wanting to get back in the game and build a drug empire. As you would expect, the storyline revolves around these three characters and how they intertwine and for the most part it works and the three character gameplay is something the series really needed to refresh itself.

One issue with the story progression is that Franklin really isn't as developed as the other two and it's not hard to see why. Both Michael and Trevor have significant backstories that have been written before the events of V, but for Franklin it's a bit different and we felt he was underutilized when compared to the other two. The story also tends to take a fairly generic flow through and aside from a few major missions, is quite predictable. 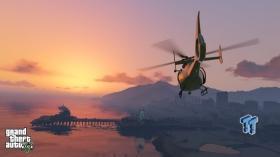 The three character gameplay also leads to a major change in missions. The early missions are fairly run of the mill where the game is teaching you the mechanics of driving, shooting and completing missions. However, towards the end of the story is when the major missions come, and in no surprise really they are generally grounded in reality. GTA is a series now that is trying to be a gritty crime series rather than over the top madness and the main mission series, the heists, shows this more than any other mission type in the story.

The heists are what makes GTA V the game it is. They are incredibly well put together and are enjoyable to play. They begin with the crew getting together and figuring out how to take on the challenge. In each example there is both a 'loud' and a 'subtle' approach. The subtle approach in general takes more time to put together the items required, but will give you more of a challenge during the heist with the cops reacting quicker and the heat coming down harder. Each heist can be replayed easily from the menu, so it's quite easy to compare both approaches. 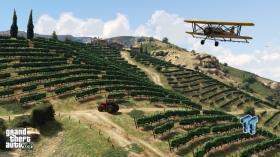 The other missions in general are just leading up to the next big heist or progressing the characters further. For example, in one of the missions leading up to a heist, you have to take over a truck full of sleeping gas to poison the people present in a jewelry store to make it easier to run around the store. Or you can just go in and smash the place up.

Aside from the main story as you would expect, there is a ton of side things to do and this time Rockstar has outdone themselves. You can modify cars now and insure them so that if the car is lost in a mission, you will get another just the same. The random events return and these are actually simple and easy to play, making them very hard to ignore and there is also just a bunch of people walking about the world that can give you missions.

Whilst the main story missions stick to some level of reality (with a few exceptions), it is these side missions that can really go bananas and off the chart. Some of the side missions are some of the most enjoyable in the game. This is the first game where I have felt compelled to complete all of the side missions on offer and it's a credit to Rockstar that they managed to keep this world interesting for up to and over 50 hours of gameplay. The main story will take you around 20 to 25 hours of solid play if you choose to ignore everything else and much longer if you do not.

There are a number of games being played out in the game as well. You can become a property mogul by buying properties (the game is set with an economy akin to the global financial crisis situation) and earning income. You can play the stock market as well, and this is where some of the most interesting gameplay occurs. You can play the market, so to speak. If you know your mission is to kill the CEO of a particular organization, before you do that mission, it is wise to invest in the competitors stock and watch the profits rise.

In terms of the actual gameplay, it is apparent that Rockstar has taken criticism to heart and worked on many things that gamers have found frustrating in the past. For the most part, the handling of the vehicles is improved, and Franklin has a special move allowing him to slow down time to avoid traffic and the gunplay is significantly improved, utilizing some of what we saw in Max Payne 3.

The epic scope of this game means that you will traverse a number of different environments. Perhaps the most significant technical accomplishment with this game is the fact that aside from switching between characters, there is no load times. Walk into a building, straight in, move from the city to the country, and there is just no load times. It is truly amazing and completely adds to the immersion the game builds. It is the reason why it is so easy to play this game for hours and hours on end, losing track of time.

There are a number of ways to get around in the game including flying, boats and of course driving. The characters also benefit from running with the stamina meter being built up amongst other stats that can be built up by performing acts many times such as flying, driving and shooting. The characters can also be customized in look quite easily and in many ways this allows every person to build their own experience and characters in the world. 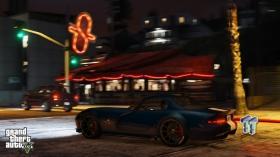 There is still some problems present in this game that were present in GTA3. First of all a lot of the game can be pure luck. The amount of frustrating missions of racing or following a car is low, but those missions generally rely on the open world working in your favor. Every so often you will just be completely screwed over by the random nature of the world over and over again. A car will be in the wrong spot when chasing someone, you will hit a seemingly non-existent bump, sending your car flying and you may get stuck somewhere. The world is part of the beauty of GTA V, but sometimes it can also be incredibly frustrating to deal with.

When it comes to the environments, they are also impressive. The city of Los Santos is a sight to behold, especially at night with the shining bright lights viewed from the mountain. Those who have travelled to or live in Los Angeles will be right at home in this game with many of the areas in the city inspired by the many areas of LA. Just like real life, the airport seems to be a congested mess. If you drive five or six real-world minutes, you enter the country and desert offering completely new gameplay and things to explore. The fact this is all within the one area is just a crazy technical achievement.

On the visual side of things, GTA V is also a stunning achievement. There are occasionally times where the jaggies and poor graphics will display, but overall this game looks amazing. Reflecting imagery off the shiny cars, huge draw distance to the horizon as you fly a jet are just two examples of what you can expect visually. The characters are also animated well, especially during the cut scenes where the emotion on their faces and actions really bring the dialogue across. It is easy to tell the current feelings of the crew just by looking at their facial expressions. 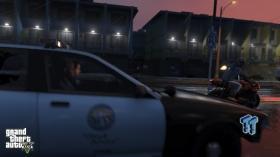 The performance of the voice actors is also impressive with Trevor being the standout. Michael and Franklin have a strong performance, but the delivery of the psychopath Trevor in many ways makes the script. The game also contains a strong soundtrack as you would expect, but there are a few things that really help out this time. As you flick between stations, the song playing will appear before it starts. There is also the highly controversial news stories and advertisements and the usual chat stations which focuses this time around on an election in progress.

There is no doubt that GTA V is an epic accomplishment on the part of Rockstar. To commit a company to such a major project over such a long time takes a lot of guts. There was likely times where they wondered if they bit off more than they can chew and overall that is not the case. Some frustrations still occur and of the mission structure seems a bit behind the times, but overall this is an incredible game, set in an incredible world, and it will take something absolutely incredible to knock this one off its perch. 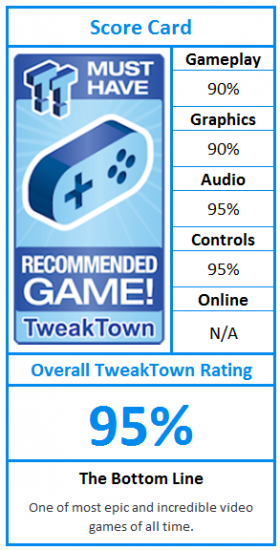