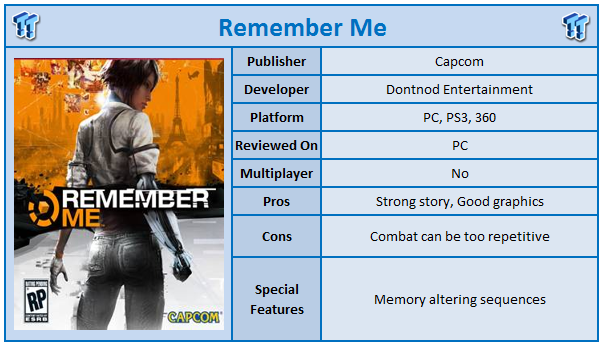 As we come to the end of a console cycle, it tends to be the case that all we see is sequels and established franchises as we begin to move to next-gen consoles. It is not often that a company takes a big risk and releases a brand new IP, but that is exactly what Capcom has done in the form of Remember Me. And to an even bigger surprise, it's also the developer's first game. Dontnod Entertainment based in France are the people behind this title and as a first title, it's a cracking game that could if supported well be an excellent franchise.

The game is set in Paris during 2084, however it is not the Paris that we know today. The Eiffel Tower is nowhere to be seen, instead replaced by a neo, futuristic looking city with upper class citizens and the rest of the population living in significant poverty. A company known as Memorize is selling a technology called 'Sensen' allowing people to store their memories and share them amongst one another. However, the character you play, Nilan, realizes that Sensen is all about population control in a trojan horse style way and it's your goal to bring down Memorize and restore the lives of the people in Paris 2084.

Remember Me is a game that reminds us of a few other recent games such as Mirrors Edge and Uncharted, but for wildly different reasons. First of all the gameplay is from a third person perspective with the action coming thick and fast. Basically the game boils down to moving through a platform puzzle, story section or a bunch of fights during any one sequence. The story telling is strong, and in some cases it is so strong that it actually comes across as pretentious. As if the game thinks its story is better than it actually is, and is trying to RAM it down your throat. 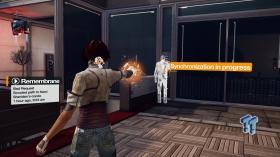 There is also a truly unique element which seems ripped out of the technology of today. During the game you will be tasked with re-assigning the memories of particular characters. This is done by watching those memories in a video style format and pausing at the correct moment to alter them. This is by far the most interesting and unique aspect of Remember Me and it is such a shame that it is not utilized more, they are definitely too few and far between.

Aside from this, the rest of the gameplay is composed of fighting and jumping around the luscious environments. It is this area where the game reminds us of Uncharted, with huge structures to climb and seemingly impossible jumps to make. One of the more annoying aspects is that the next place you need to jump is always indicated to you by a series of chevrons, which takes all the challenge out of the jumping and platforming. Even on the higher difficulties these are present. 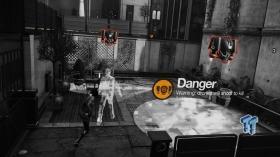 The combat itself has some interesting elements. As you progress through the games, you unlock either new combat moves or special moves that can be performed. You can build these combinations in any way you feel with the editor. So, for example, if you are low on health, you can start a combo that will provide health benefits to you as opposed to strength, whilst allowing you to focus on harder beatings when Nilan isn't nearly finished off. As well as the main combat, special moves allow you to blow robots up, disorient enemies or become ultra-powerful for a short period. Managing these and their cool downs becomes the key to success.

The problem we have with the combat is how lengthy some of the sequences are. You will take down four enemies only for another four to appear, and this becomes more and more apparent as the game wears on during its six to seven hour length. Considering that ultimately most players will probably button mash to just beat the battles, it becomes boring. The combat itself isn't boring, but when it stretches on, it becomes so, and it really does appear that Dontnod didn't know when to quit in this regard.

As well as this the world is not explored as much as we would like. During the early parts of the game you are introduced to a stunning facade of Neo Paris and then are thrown down into deep, dark sewers with not much pretty scenery to look at - they built this amazing city and haven't taken that much advantage of it. It's like at every opportunity where an absolutely stunning game could come to fruition, they have made a decision which took them away from that. It really is a shame. Remember Me isn't a bad game, but it could have been so much better. 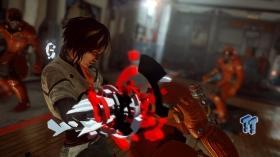 Some of the environments you play in are absolutely stunning. There is no doubt that Remember Me, especially on the PC, is a stunning game to look at. With this in mind, it was nice to see that the game runs fairly well on a moderate gaming PC. Obviously to get the ultra stunning graphics you will need some serious grunt, but even on the lower rigs, the game is quite pretty to look at. The environments are also extremely large with Nilan being represented sometimes by a fairly small moving character. This gives an excellent feel for the scale of the environment you are currently playing in. 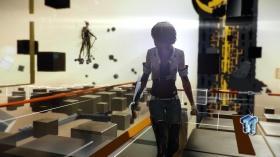 On the visual and presentation side the game impresses, but again as we mentioned before the main issue is that the developers take you away from a lot of the stunning imagery far too early in the game. Nilan is animated very well, and appears very adept at making some of the death defying leaps she needs to for progress.

Dontnod have also for the most part not fallen into the trap of typical female heroines with Nilan reminding us very much of the strength of female character also displayed within Mirrors Edge. The voice acting could use a little bit of work and is sometimes grating, but the soundtrack is absolutely phenomenal. We hope Capcom sells it separately because it is nigh on perfect.

Remember Me is an interesting game that you typically don't see at this stage of a console cycle. Capcom has to be applauded for giving it a shot in an age where all we are currently seeing in general is shooters and other popular franchises as we slowly roll into the next generation. Dontnod Entertainment clearly have a lot of talent and it would be a real shame to see this title not sell, because it deserves to sell well. There is enough potential here to build a franchise around, but the game does need a few tweaks if we are to see a sequel in the future.