Yesterday Microsoft finally unveiled its brand new Xbox system, a system which has been the victim of rumor and speculation about some features that most gamers would not only dislike but probably dismiss the console entirely for. Always on internet required, used games banned, yesterday was the opportunity for Microsoft to address these issues and they failed dismally.

Before I go on I want to tell you about my experience with the Xbox ecosystem. Before the Xbox came out, I was a PC games journalist only covering PC games and thought consoles were underpowered and annoying. I of course owned a SNES and others, but around the PSX generation is when PC gaming took over. It was a fateful invitation from Microsoft to preview their brand new games console at their headquarters that changed everything. As soon as I touched a control I was hooked and I knew Microsoft was on to something special. So, I have been a fairly strong lover of the Xbox ecosystem and platform since day one, but after the events of the past 24 hours, that strong affection is wavering.

It started out well enough. A powerful system, a system that would play high-end games on the level of the PlayStation 4 competitor and of course Xbox Live. And then we moved into talking about television and having live TV on the system as well as applications. Again nothing we haven't seen on the Xbox 360 and where Microsoft has found real success. However, then the television stuff was discussed (check embedded video at the bottom of this article) and how it would be live TV and interactive. It's kind of interesting that Microsoft is making such a push into TV land when TV land is struggling to retain numbers, and the Xbox and PlayStation being blamed (along with mobile devices such as iPad) for doing it.

Then we started to see the true Xbox One, the trojan horse, so to speak. Don't get me wrong, the Xbox One is a gaming system, but it's also so much more and perhaps that's where the problem will lie. The PlayStation 4 is heading back to its roots, primarily a gaming system with other areas seen as peripheral to that. Sony realized they made mistakes with the PS3. It seems like Microsoft is destined to repeat some of those mistakes and oh so much more.

Then we get to the disc system. Blu-ray, it had to be and Microsoft made the right choice. However, when you get to the games discs is where the real puzzling decisions begin. First of all installs are mandatory. You can't run the game from the disc anymore, it must be installed. Second of all is internet activation. Once installed it needs to connect to the internet to activate the game after which the disc does not need to be in the drive. We've seen this with Steam, but what Microsoft does not realize is that the percentage of Xbox's currently connected to the internet versus a PC is significant. A PC without internet these days for a long period may as well be a brick, whilst an Xbox 360 is just fine. Oh and it may not have always-on DRM, but it does seem to have a system where you must connect to the Microsoft servers every 24 hours to authenticate your account. So let's just call a spade a spade, it's online DRM and it can't be avoided. No internet for a while? No game system.

Microsoft still isn't calling this a completely digital console, I guess the reason is because you can buy games from retailers, but this is complete crap. This is a digital console. Once the disc is installed, you may as well chuck it (although you can trade it apparently, but we'll get to that) out the window because it's no longer required. Games only run from a hard disk? Digital console. End of story.

It is when you move to the pre-owned games conundrum that things start to really fall into place. After the event outlets such as Polygon, Joystiq and Kotaku were able to discuss used games and discovered a horrible truth. It won't be like it used to be. Instead it appears that games will lock to the account that it's activated on, so lending games is a thing of the past. It's ironic that on a console that will push social strongly, that they remove the ability to socially share games. Think about if this was applied to other mediums.

We would never have libraries or movie stores. What makes the games industry so cocky that they think they can move away from the usual models of other media? Yes iTunes exists, but in that regard you are choosing to acquire that content in that fashion. On the Xbox One, it's the only way. 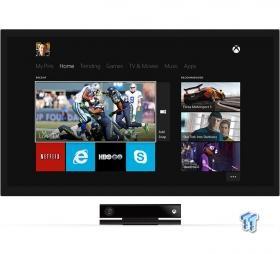 It's also apparent that Microsoft has not considered how much the game has changed since the 360 launched. When the 360 was released the iPad didn't exist. The iPad and Apple is the biggest threat the traditional gaming console systems have faced in history. Cheap games, a unit that can be used for something else and is easily portable. Real Racing 3 is console level gaming on a device that could easily be cheaper than a PS4 or Xbox One, time will tell.

Another key factor is how US centric that presentation was. It was the unveiling of a new system for a global audience. They sell it globally, deal with it globally. The NFL deal is a big deal for the US sure (rumored to have cost Microsoft $400 million over five years), but why didn't they strike a content deal to get the Europeans excited like the UEFA Champions League? Easiest way to alienate Europeans, Japanese and the Asia Pacific? Focus on the US only.

However, the key factor is that the iPad has been opened up to garage developers. You don't need to spend thousands of dollars to acquire a developer kit from Apple, a retail unit will do it. You pay one bucks a year ($25 for Google Play) and you are licensed to develop for the systems and can test on retail units. If Apple who are notorious for locking systems down to the max can handle this, why can't Microsoft (and for that matter Sony) encourage people to develop for their consoles from the garage? 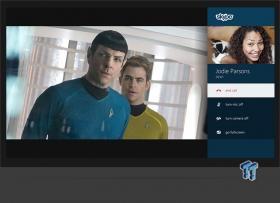 Yes sure, it means certification systems etc, but again their main competitor Apple manages it just fine (and with probably ten times the apps being certified), so it's a huge thing that you will still require custom development machines to build software for it. Imagine if you needed a custom PC to develop for Windows? Crazy talk indeed. And when you consider it looks like the operating system is a derivative of Windows 8 (the Xbox One has three operating systems), it becomes even crazier. Imagine if Microsoft had announced today if you code a Windows RT app, it can be published to Xbox One and you can start developing today. Garage developers (who are becoming key to Apple's success) would have a party and want the Xbox One now. Hugely missed opportunity. 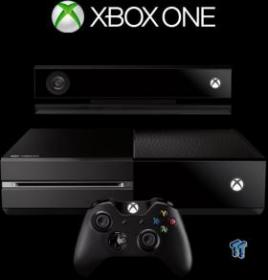 The Xbox One is a significant departure from the Xbox 360, as we always knew it would be. Change is not always a bad thing, without change the world wouldn't improve. However, Microsoft failed to tell us why this change is needed, and they failed to tell us why this change benefits us. What they showed was how it benefited themselves and publishers, but for consumers to take on some of the more controversial decisions, they have to explain why we should and what the benefit is. E3 is coming and Microsoft will speak more about the Xbox One, but right now the chat around gamers is that they have failed and failed big time. This was Microsoft's $599, "you'll want two jobs" moment Sony had with the PS3 and it took years for Sony to recover. Sorry Microsoft, right now in my eyes the Xbox One may as well be called Xbox None and not exist. Come to E3 guns blazing, or face the fight of your corporate lives.