It's a little ironic that one of the highest anticipated games for PC, Crysis, finds the second iteration getting a console exclusive multiplayer demo. One side of me doesn't care, while the other side of me does.

The only reason I don't care is for the simple reason that I own an Xbox 360, as I do a PlayStation 3 and high end PC. The reason I care, though, is that no matter how much I stir my favourite news monkey Anthony up about consoles being superior, they're really not in any way, shape or form when it comes to First Person Shooters or FPS. It doesn't matter how well you can wield that controller around, I can wield my keyboard and mouse around better. Hell, my mum could probably wield a keyboard and mouse better.

However, we're not here to get into a conversation on the merit of consoles and companies' decisions to release content exclusively to them. Instead we're here to offer you a preview of the Crysis 2 Multiplayer Demo and give you our thoughts. Over the holidays, though, I've been testing the Blackmagic Intensity Shuttle, a little device that gives us the ability to record our gaming footage in HD and has given us the ability to implement our own in-game footage and screenshots. Again, not something we'll get into today, but keep an eye out for a standalone review in the coming weeks! 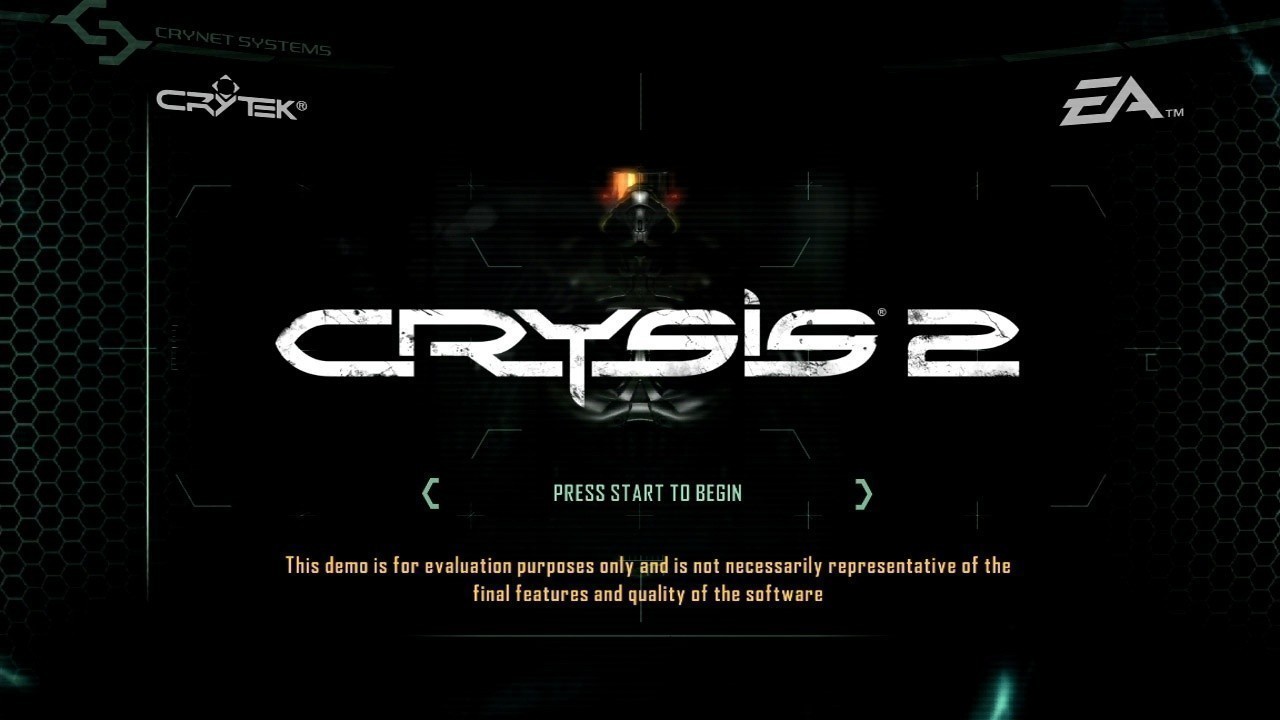 Anyway, with all that business out the way, let's cover the Crysis 2 Multiplayer Demo. We've got two game modes and one map. We've got your typical "team deathmatch" style which is called "Team Instant Action", and we've got another mode called "Crash Site" which is a more capture and defend kind of mode. The latter isn't unlocked 'till you're rank 6 and most of the time I found myself having problems finding people playing this mode or just getting drop outs at the load screen. 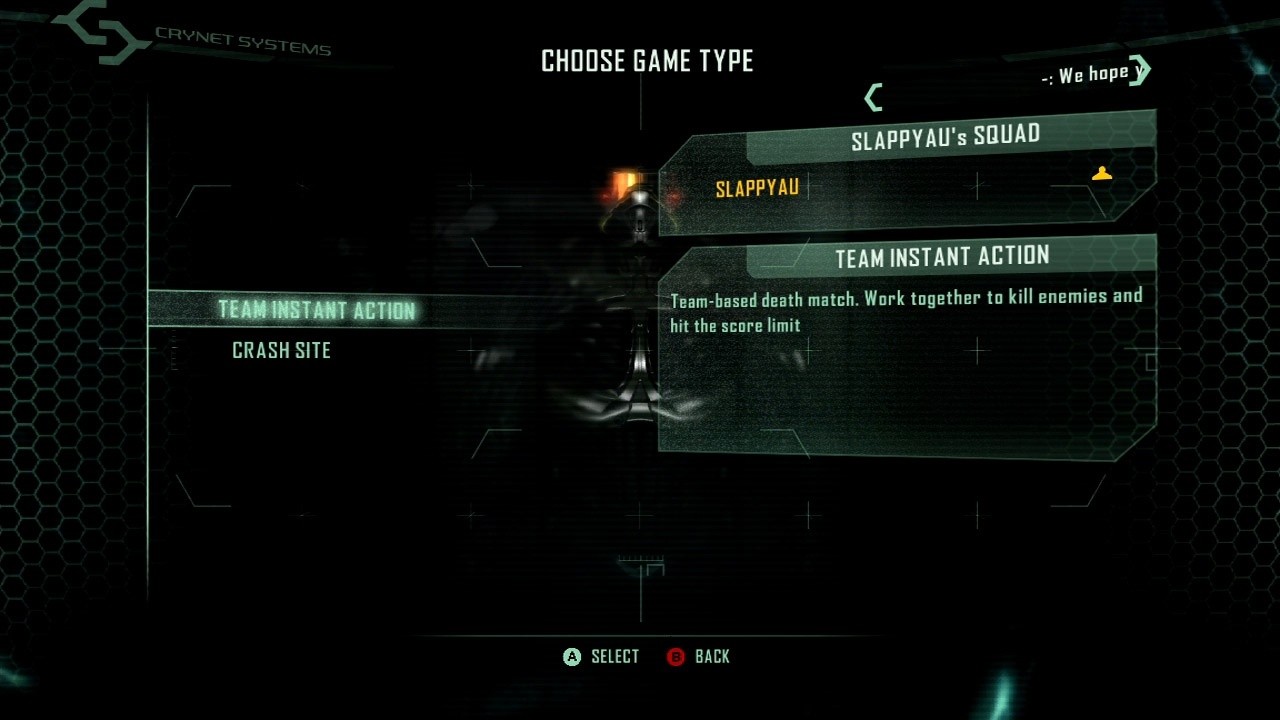 Getting into Team Instant Action, you find yourself on one of two teams; C.E.L.L. or Marines. You've got yourself that sexy suit and in the demo we've got three abilities. The first gives us the ability to run faster and jump higher (Power), the second makes us invisible (Stealth), while the third increases our armour strength (Armour).

All three are linked up to energy which you'll see in the HUB when looking at our own footage. They're all really self-explanatory, but it has to be said the invisible offering is really good in the sense that you become quite invisible. Of course, you can still be seen, but combined with a fast run (which sees your energy dwindle fast), it's easy to give people the slip. 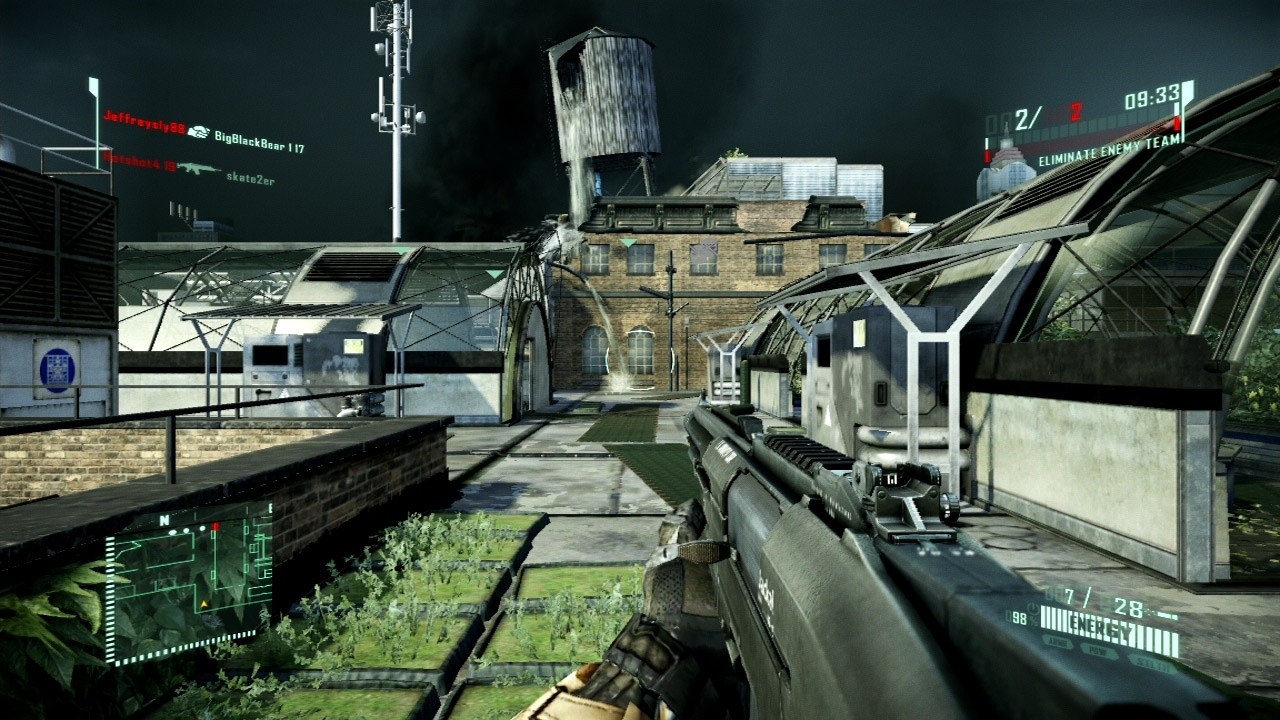 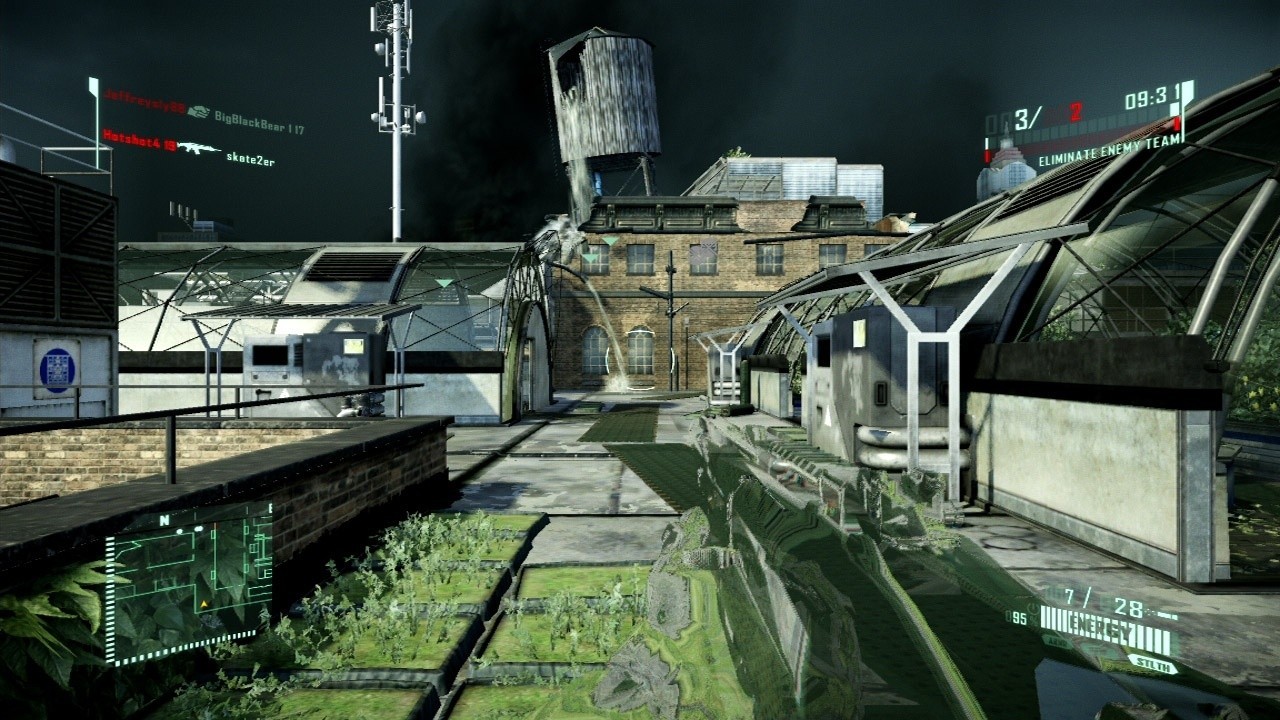 Out of the five classes; Assault, Scout, Sniper, Gunner and Custom, I found when I had unlocked Scout and gained the Shotgun, I used the Armour mode a lot as it gave me the ability to get in on the action and really just pound my enemy with shotgun shells. Really, it wasn't until the Scout class that I found myself having the most fun, as the ability to aim, shoot and kill with the shotgun is easier than that of the assault rifles and it seems that a large portion of people feel similar with it being one of the most popular classes.

With "Skyline" being the only map, it doesn't take long to figure your way around.


Camping on the map in the sense of sitting still is extremely limited, as due to the high jump ability there's multiple entrances to most spots. 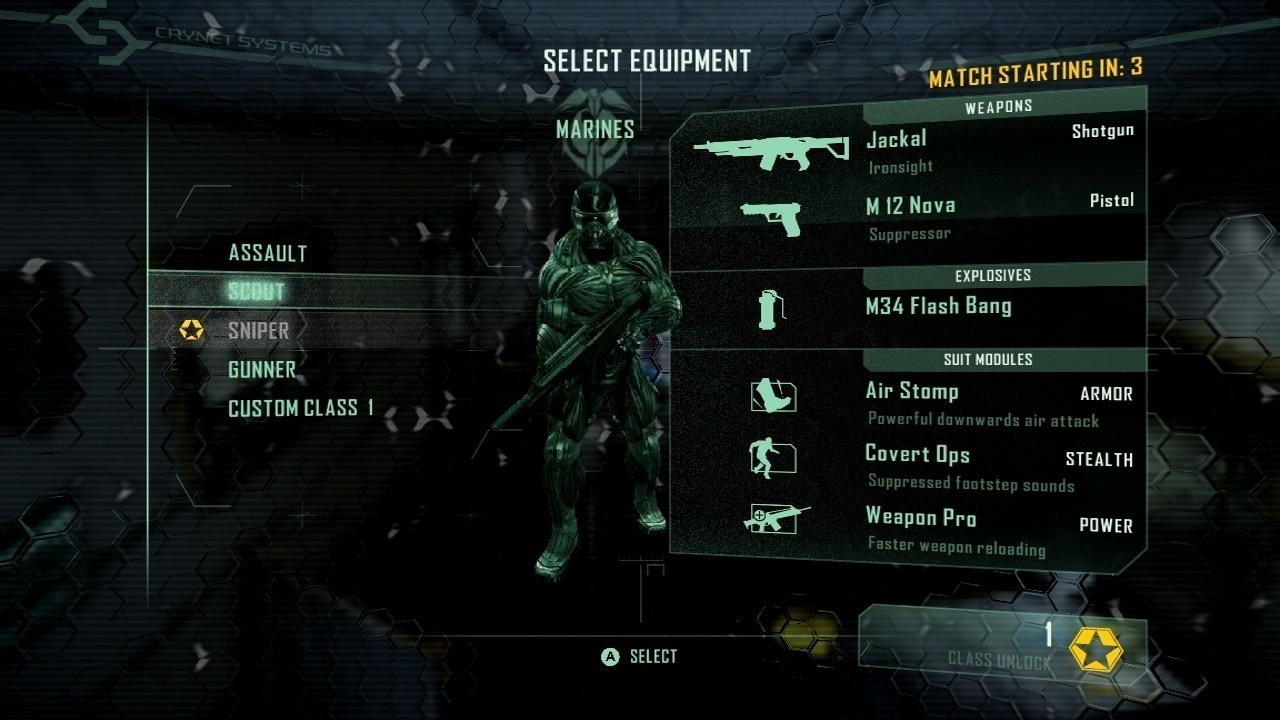 Without utilizing the "Power" aspect of your suit, the game isn't all that fast paced from your point of view, but when you start seeing people zipping around the game it becomes quite manic. To be honest, the whole experience feels a little Call of Duty Multiplayer on steroids with the high jumps, fast run and futuristic weapons.

It's not really a bad thing, but it's indeed different and you could understand that the manic nature will turn some people off, especially those who aren't as confortable with FPS games on a console.

There seems to be a total of six game types coming, though, and you may find one of the other models a little less crazy. The other four that are mentioned in your "Service Record" include Assault, Capture the Relay, Extraction and Instant Action. It will be interesting to see which ones gain the most momentum, but if Call of Duty is anything to go by, it'll be the Team Instant Action option. 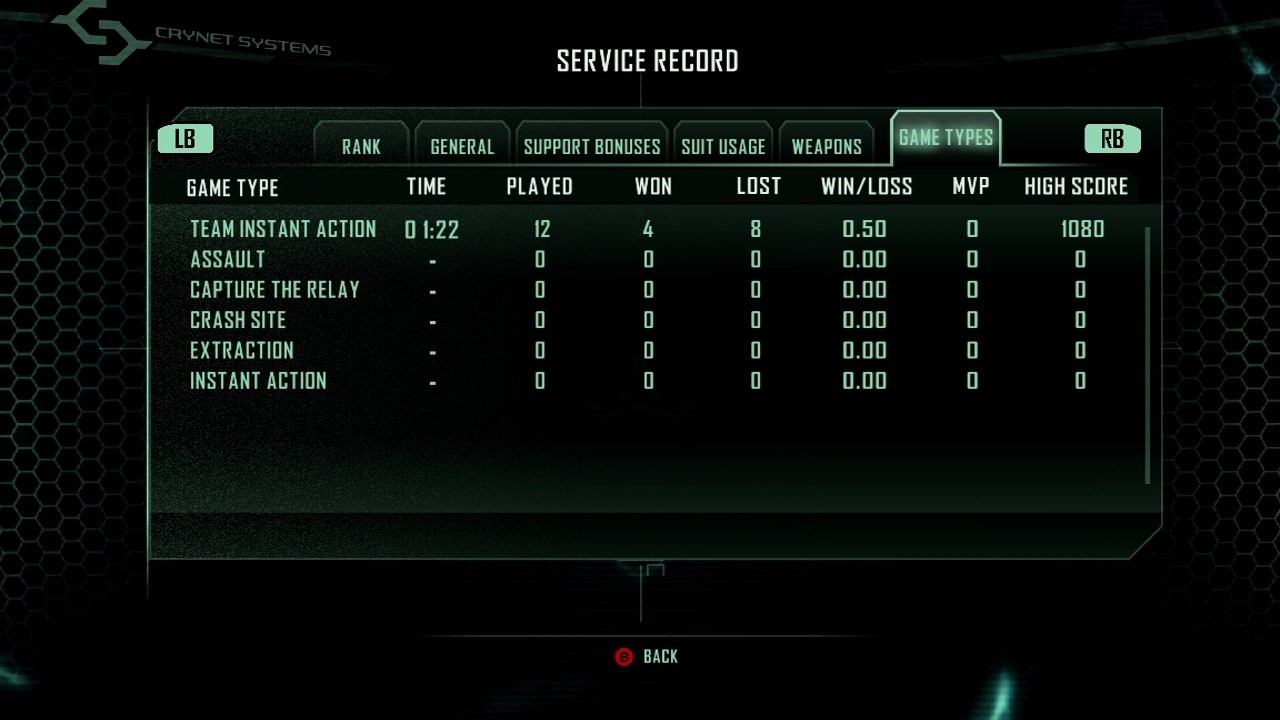 While the weapon choice is a little limited in the demo, it's not a half bad range at the same time. The ones that demand less accuracy are the easiest to use, while the ones that require more precision will indeed test your patience more when combining the controller and lag. 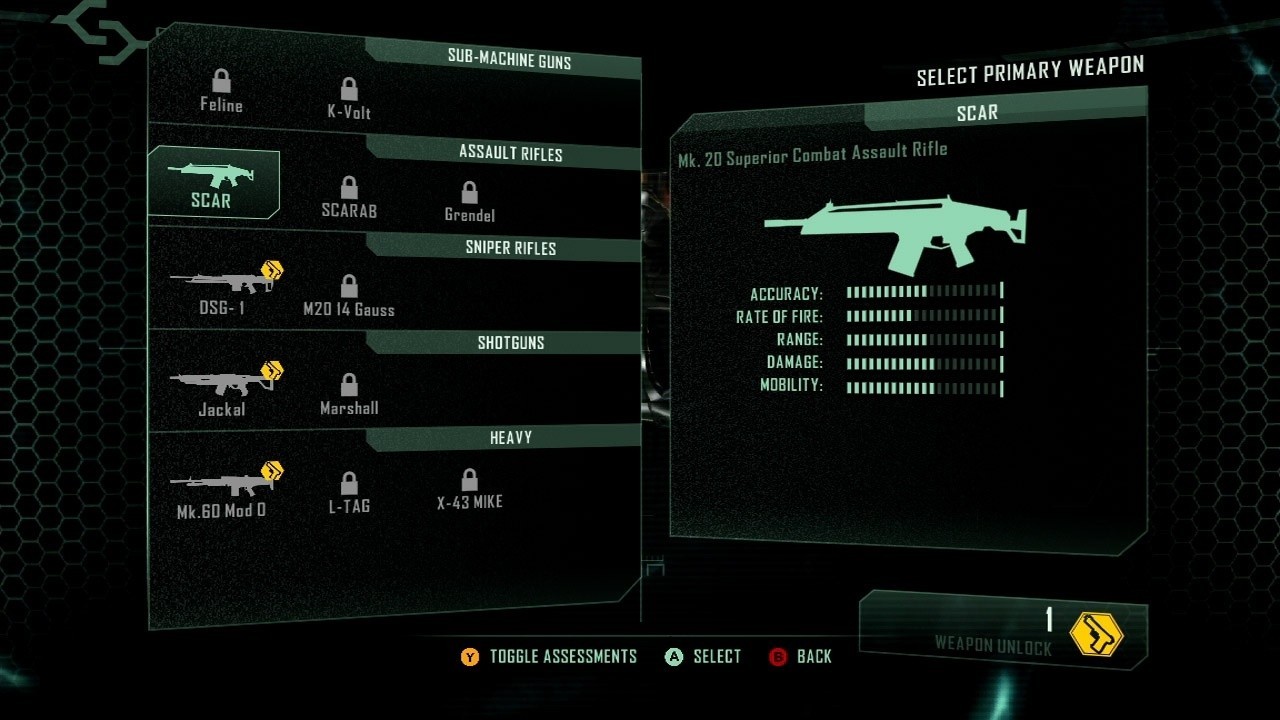 On the topic of some of the more typical areas we would cover in a game review, the audio side is strong. The music between menus gets you ready and in game the guns sound great. Graphically the game feels like a little bit of a mixed bag; the effects of running through water that is falling over you looks great, but overall the graphics seem very crowded and again manic due to the amount of stuff going on. Considering we're now only just over a month away from seeing the full game, it's fairly safe to assume that not a lot will change in that department. 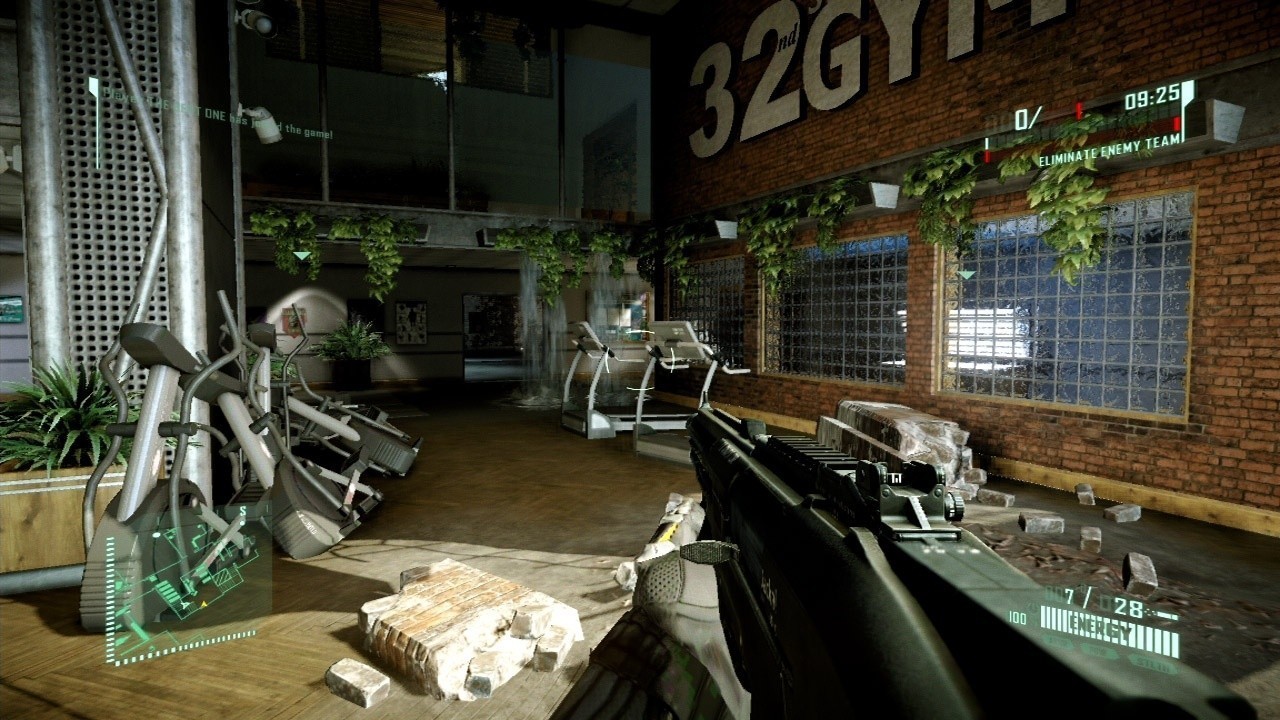 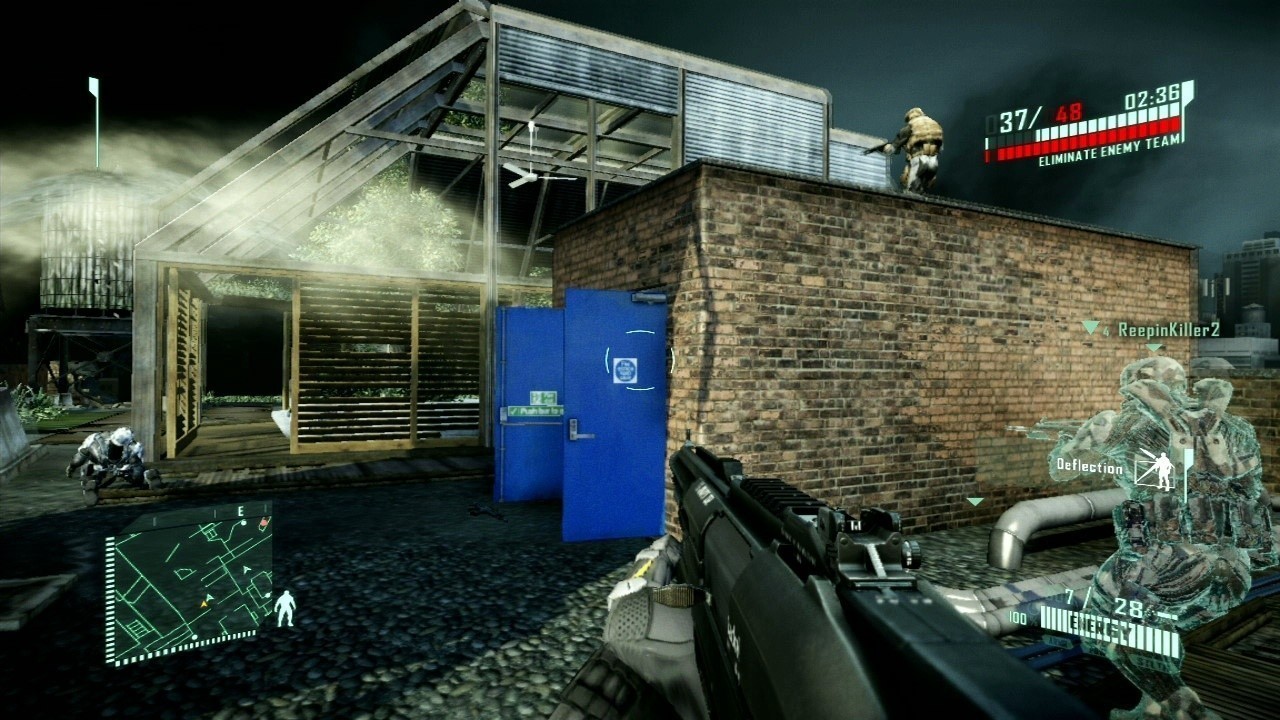 Some areas, particularly inside ones look great such as the treadmills in the Gym, while a lot of the outside areas, although not as impressive, have huge amounts of foliage. However, my feeling it that this could very much just be this map used for the demo and there will be more of a balance in detail across the board with the final maps used in the full game. What will be interesting, though, is how it looks on PC, and if it will push systems like the original did. 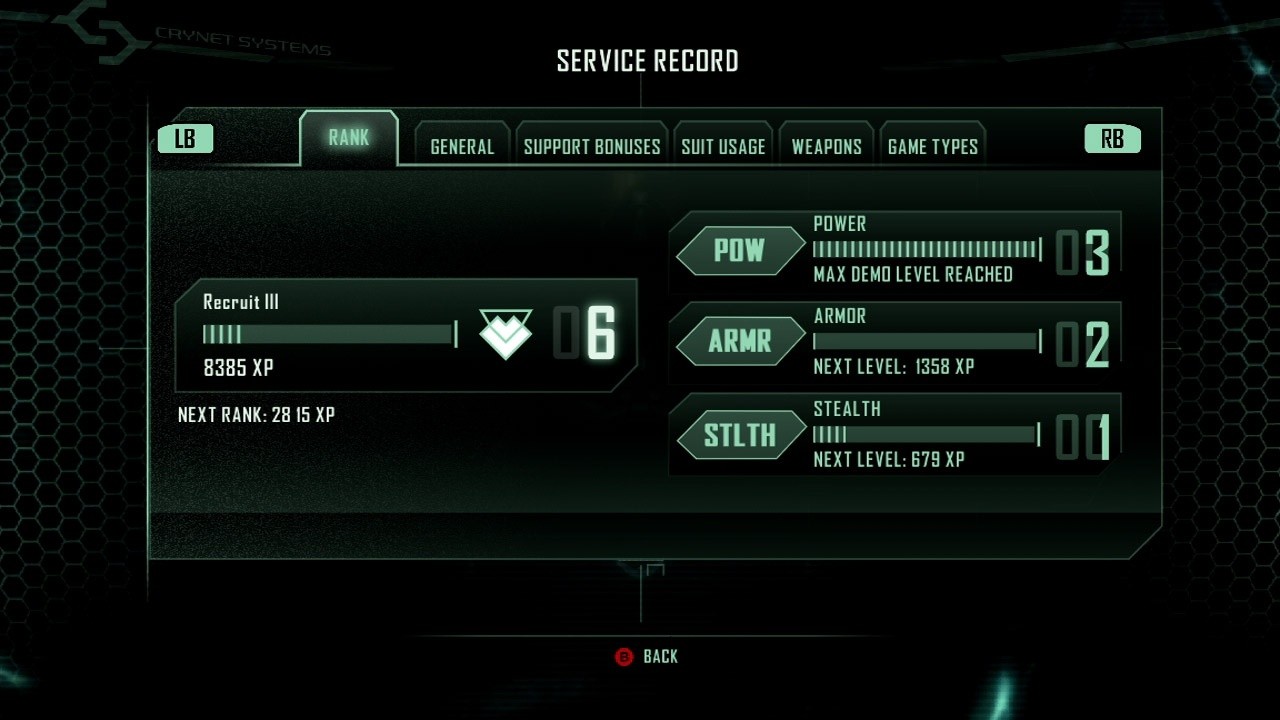 It's fairly safe to say that come towards the end of March this is going to be a game worth picking up. The online is fun and more game modes should add even more to the mix. The single player story will be interesting and of course that's something we'll cover more when the full game comes out. With the demo coming to a close on February 4th, if you haven't grabbed the demo it's a little late now and you'll just have to wait 'till the full release. For now it's back to some Madden 11 to get my NFL fix as the season winds up.