All NewsBusiness, Financial & LegalCases, Cooling & PSUContests & GiveawaysCPU, APU & ChipsetsDealsDisplays & ProjectorsGamingMotherboardsScience, Space, Health & RoboticsStorageVideo Cards & GPUsVirtual & Augmented Reality
All ReviewsAll ArticlesAudio, Sound & SpeakersCases, Cooling & PSUCPUs, Chipsets & SoCsComputer SystemsDisplays & ProjectorsGamingMotherboardsNetworkingPeripheralsRAMStorageVideo Cards & GPUs
GuidesGamingAsk the ExpertsNewsletterAboutPrivacyForums
AMD Zen 4Intel ArcBattlefield 2042RTX 3090 TiRTX 4090RTX 4080GTA 6Elon MuskHDMI 2.1
Kane and Lynch will live on in gaming circles for a long time. The original game caused much controversy in the gaming industry and not because of its content. We aren't going to get into details here, but the game itself wasn't that great either. However, we at least thought there was some promise in the idea and the setting IO Interactive had put together. A few years later and our hapless duo are back. A complete reboot of the series has taken place with a lot of the originals problems ironed out, but a lot more added making it the poorer game of the two.

Kane and Lynch Dog Days begins in China where Lynch has been asked by Kane to help him close a major arms deal with a Chinese businessman. Along the way our psychotic friend Lynch makes a mistake and accidentally kills a family member of the businessman and from there it is a matter of survival as the associates of the man bring down more and more pain on our duo with their only hope, escape. 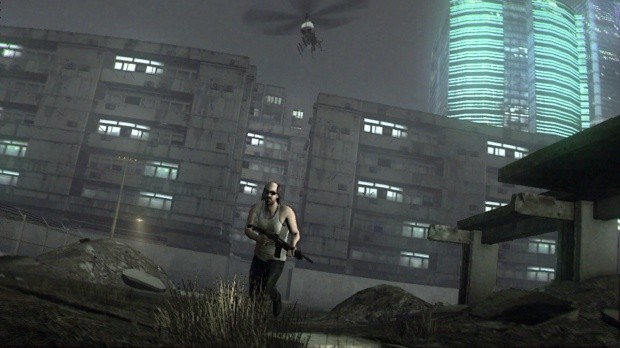 As you might be able to tell from the story, the game is set in China and the lack of variety in locations is the first knock against it. Throughout the game you will run into a room, then a backstreet, a main street and a room again in that, or very close to order through the entire game. There is no puzzle solving, no collecting of keys etc. - just pure run and gun and while initially this seems like a bit of fresh air, where a game doesn't try to be something it's not, in the long run it becomes a boring title which despite only being five hours long, will have you struggling to finish.

The gameplay really comes down to this. Run into a room, shoot a load of guys who have poor AI and then move to the next room. The only time you really will feel challenged by this game is when you get impatient and try to take on too many guys. Even then the chances are you will only hit the ground and recover with the commonly used recharging health showing up as this titles health meter. It's no lie for us to tell that we found it very hard to play more than two missions without wanting to switch to something else before going back to it.

Where the game succeeds is its presentation. Based on the so called YouTube generation, the camera sits behind Lynch and shakes and jerks around (as if it was being filmed on a mobile phone) with a distorted filter. The game also uses unique camera angles to display various cut scenes and it does work and work well. It's just a shame that the rest of the game is so repetitive in nature that it's hard to recommend.

Another area the game has something unique to offer is multiplayer. Fragile Alliance is available for both single player and multiplayer games. The multiplayer offering is the more interesting of the two. In Fragile Alliance you have four minutes to loot as much as possible as a group. At one point, a player can choose to break that alliance and take all the money the team has looted; from there they are tasked with escaping the other players with the other players doing all they can to get them. Once that character inevitably is taken out, they come back as a cop and so players continue to betray the team until one character is left. There is a variant of this also included where a player randomly is selected to be an undercover cop which adds a whole new dimension to the gameplay.

Kane and Lynch 2: Dog Days is a game where you just think that with a bit more innovation and thinking it could have been great. As it is, the game is a excellent example of why having people shoot things without much of a story or variation does not equal a good game. It's fun in short spurts, but anything lengthier than that and the repetitive nature of the game really does flow through.