All NewsBusiness, Financial & LegalCases, Cooling & PSUContests & GiveawaysCPU, APU & ChipsetsDealsDisplays & ProjectorsGamingMotherboardsScience, Space & RoboticsStorageVideo CardsVirtual & Augmented Reality
All ReviewsAll ArticlesAudio, Sound & SpeakersCases, Cooling & PSUCPUs, Chipsets & SoCsComputer SystemsDisplays & ProjectorsGamingMotherboardsNetworkingPeripheralsRAMStorageVideo Cards
GuidesGamingAsk the ExpertsNewsletterAboutForums
RTX 3090 TiRTX 4090Diablo 2GTA 6Halo InfiniteElon MuskRTX 3080HDMI 2.1
Despite being announced in 2005, Alan Wake has remained one of the most wanted games and this is a credit to the quality Remedy produced with the first two Max Payne games. Originally an open world game, Alan Wake changed to be a more narrative driven, linear game during development and is better for it. The wait was definitely worth it as Alan Wake comes out of the shadows to become one of the best Xbox 360 games ever made.

Alan Wake is a writer. It's been two years since his last successful novel and he has writers block. His agent and wife have the idea of taking him out into the country to have a holiday and try and regain his lost writing expertise. Upon arriving at the small town of Bright Falls, Alan gets the key to a log cabin in the wilderness, part of 'getting away from it all' and from the moment he arrives you get the feeling something is not right. And of course, that turns out to be the case. Alan Wake is one of the most story driven games ever made and really, the less said about the story before someone plays the better, as it is the standout feature. 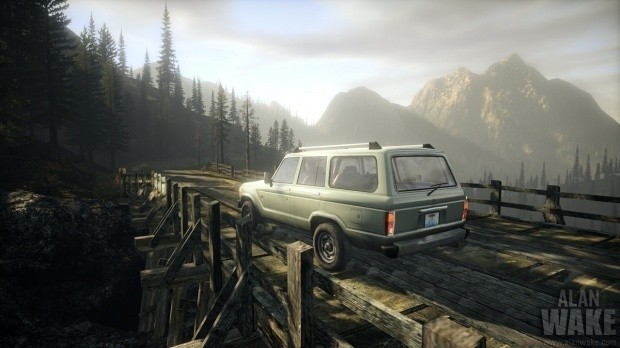 Despite changing to a linear format, the ethos behind the game remains the same. Alan is an everyday man thrown into a not so every day situation and while that is a fairly cliche story, from there the game is anything but. At its core it's a third person shooter with a few puzzle elements, but to pigeon hole the game into that genre and dismiss it that easily would not be giving credit to a well paced and very interesting game.

It is split up into day and night. In the day, Alan can roam freely around Bright Falls and many scenes which appear in the day are purely for storytelling and exposition. However, once night falls, everything changes and Alan for a variety of reasons must enter the night and take on the enemies that lurk within. Light is Alan's key weapon and how you gain that light is key to your success. Starting with a small flash light, as the game progresses you can upgrade to a large torch and utilize other light emitting devices such as flare guns. Enemies are shrouded with darkness and until the light breaks that darkness they can't be hurt. This leads to some tense moments where you only just manage to make an enemy vulnerable before they hit you. 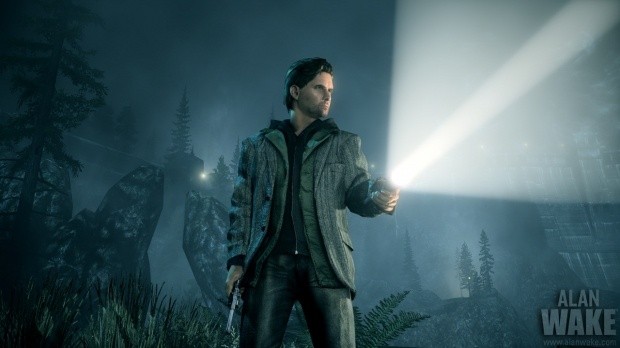 However, what really makes the game is the atmosphere. Alan Wake is one of , if not the most atmospheric Xbox 360 game available. Walking through the woods in the night is incredibly eerie and will send a shiver down your spine as you play. You will feel awkward with fear as you play this game, at least for the first few hours anyway. Once you realise how the game works, the fear factor does somewhat subside, but there is no doubt that Remedy knows how to build tension.

The game is divided into six episodes which are presented like a TV style series. Before each of the second and following episodes you will see 'previously on Alan wake' which gives you a quick catch up. The episodic nature of the game works incredibly well and each episode encapsulates its own story, with all episodes coming together for one big story arc. We found the episodes length to be just right and allow you to pace the game. We found ourselves holding off playing more than one episode a day to prolong the game, but also at times we had to take a break, just to calm ourselves down after some intense and scary encounters. 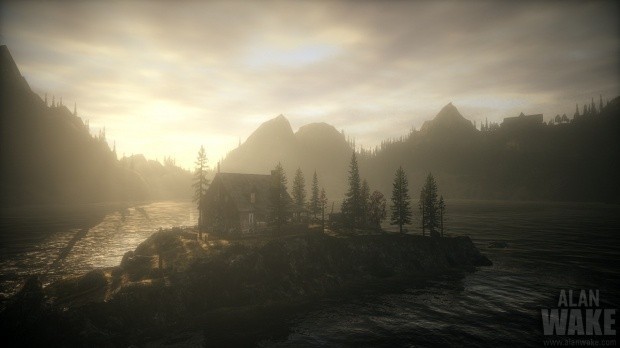 The world of Alan Wake is gigantic and no doubt this is a throwback to the original open world idea. Rather than just building individual levels that go together, Remedy has an entire world built up for Bright Falls and its surrounds and sets levels in specific areas of that world. This leads to you seeing a believable world and when the story moves from place to place there seems to be a distinct level of cohesion rather than disconnect. The graphics are stunning for the environments but it is a shame that the level of detail could not be continued to Alan, his wife and his friends with stilted animations present in the game and a lack of detail such as his coat failing to flow when he runs. Remedy has promised to address this with DLC.

Alan Wake is one of those games that somewhat come out of nowhere and slap you in the face. We always felt that Alan Wake would be one to watch, but I don't think many could predict just what a masterpiece it would be. Remedy has produced for the third time in a row and despite Alan mimicking Max Payne in many ways (downtrodden and depressed), he remains his own character and there is no doubt Remedy can build a franchise out of him. If you own an Xbox 360 you simply must play this game.