All NewsBusiness, Financial & LegalCases, Cooling & PSUContests & GiveawaysCPU, APU & ChipsetsDealsDisplays & ProjectorsGamingMotherboardsScience, Space, Health & RoboticsStorageVideo Cards & GPUsVirtual & Augmented Reality
All ReviewsAll ArticlesAudio, Sound & SpeakersCases, Cooling & PSUCPUs, Chipsets & SoCsComputer SystemsDisplays & ProjectorsGamingMotherboardsNetworkingPeripheralsRAMStorageVideo Cards & GPUs
GuidesGamingGPUsSSDsNewsletterAboutPrivacyForums
PlayStation 5 ProRX 7900 XTXAMD Zen 4RTX 4090RTX 4080RTX 4070GTA 6Elon MuskHDMI 2.1
It's been a while. After the success of Double Agent, Ubisoft felt it was time for Sam to have a makeover. When it was initially shown, Conviction was more along the lines of an open world where Sam has to fend for himself. After a mixed reaction, Ubisoft trashed the project and decided to start again. However, Conviction is not your typical Fisher game; instead, it's an action romp where the focus on stealth takes a backdoor to brutality and violence.

Sam has left Third Echelon. The death of his daughter shattered him so much that he had to leave the service. He believed that Third Echelon betrayed him. Despite the end of Double Agent giving Sam the option to save or kill his best friend Lambert (when in cahoots with Terrorists), the game assumes Sam killed his friend and the death of Lambert and Sarah is just too much.

While on holiday, Sam suddenly gets a call from Anna Grimsdotter, who has information on who killed Sarah, but it will come at a cost. Sam must help Third Echelon once again if he is going to have any chance of tracking Sarah's killer down.

As mentioned before, Conviction takes a different style to the Splinter Cell series. In previous titles you hid in the dark to avoid the enemy and avoid confrontation. In Conviction you hide in the dark as the hunter, not the hunted, stalking your prey and striking at the most opportune moment. This is a complete role reversal and for most of the game you will think that Sam is a one man killing machine who can be stopped by no one. 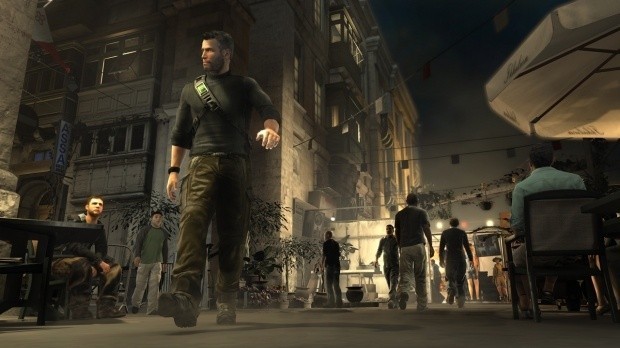 However, there is a distinct point in the game where the worm turns and Sam must once again rely on his cunning stealth and wits to save the day. It is here where the game most shines because it drops back to its roots. That's not to say the initial stages of the game are bad, far from it, but for those who have become so accustomed to the Splinter Cell style of play, the changes in Conviction maybe tough to swallow.

One of the most interesting changes to the series comes from the interrogation sequences. In the past you held a gun to a characters head and asked for info which they duly provided. In Conviction Sam has to be a lot tougher and meaner to get that information and interaction with the environment is to encourage. Depending on where Sam and the enemy are located when the interrogation button is hit, this will determine the course of action taken by Sam to get the info. He may slam the enemy into a urinal stall, into a tv, or over a fence just to name a few. It all depends on the context of the environment at the time.

Another key change is the mark and execute feature. This has obviously flowed through from Rainbow Six and once Sam successfully takes down one enemy silently, he has the opportunity to mark targets for execution which occurs when you hit the Y button. This could have made the game seem easy, but instead it is a nice reward for stealth kills. 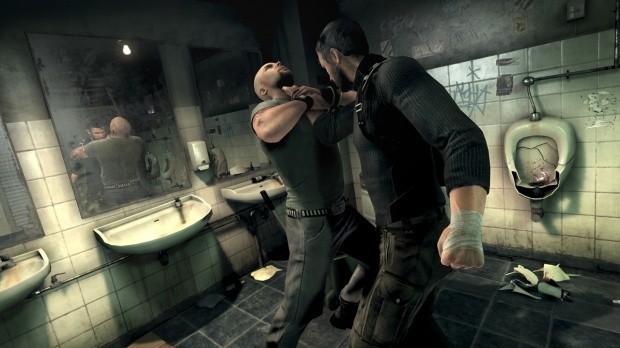 Sam is far from a government agent in this game with almost no rules. However, the enemies themselves have also changed up. It is possible to play the game with stealth, but one particular section makes it impossible to finish the game without killing an enemy. This has always been a hallmark of the series and it's a shame that the developers felt they needed to throw a whole bunch of enemies towards Sam rather than smart enemies.

As well as this, the locations are also a mixed bag. There are times where you will feel completely enthralled with what is going on and others thinking this is just like the old games and bland. The game is visually impressive to say the least and the environments are a big part of that. 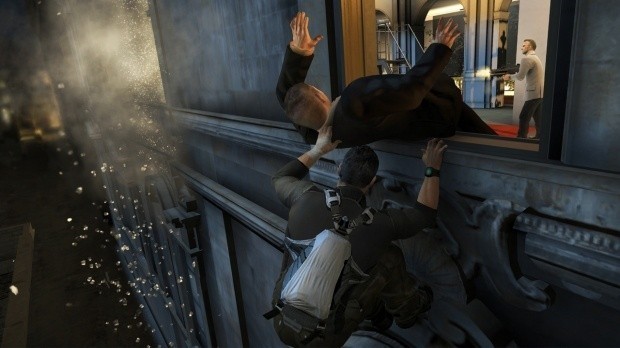 Aside from the main single player game which only lasts around six hours, Ubisoft have also included a new mode to play as well as multiplayer. In Deniable Ops you play as either a U.S. or Russian agent and must infiltrate locations and take down enemies or hack servers etc. This compliments the single player game well and instead of having such a focus on run and gun action, brings the series back to its stealth roots. If you die in Deniable Ops, you have to start the mission again, so failure in this case is painful to say the least.

Splinter Cell Conviction changes the series for the better in many aspects, but could leave long time series fans with a sour taste in their mouth. Re-inventing Sam was something Ubisoft had to do and despite the long wait, Conviction has been somewhat worth it. We just wish that the single player game was longer.