All NewsBusiness, Financial & LegalCases, Cooling & PSUContests & GiveawaysCPU, APU & ChipsetsDealsDisplays & ProjectorsGamingMotherboardsScience, Space & RoboticsStorageVideo CardsVirtual & Augmented Reality
All ReviewsAll ArticlesAudio, Sound & SpeakersCases, Cooling & PSUCPUs, Chipsets & SoCsComputer SystemsDisplays & ProjectorsGamingMotherboardsNetworkingPeripheralsRAMStorageVideo Cards
GuidesGamingAsk the ExpertsNewsletterAboutForums
RTX 3090 TiRTX 4090Diablo 2GTA 6Halo InfiniteElon MuskRTX 3080HDMI 2.1
Five years. Five long years since Final Fantasy XII hit the market and the promise of the Playstation 3 was talked about. There is no doubt that Final Fantasy fans have been waiting a long time for this game. First it was coming out in mid 2008, then late 2008. Earlier in 2009 we were teased with a Japanese only demo that came with the Blu-ray Advent Children and finally, at least in Japan the game is now available. So with the English release a matter of months away, what can we glean from the Japanese version, well a lot. And not all of it good for long time fans of the series.

First of all I have to make something clear. I did not finish Final Fantasy XII as I just couldn't get into it and second my understanding of Japanese is far from fluent and as such a lot of the story washed over me. But I did understand the key points to the battle systems and gameplay and so this preview will focus on that. Also our impressions are based on up to Chapter 5, about one quarter into the game, or to put it in length terms, around eight hours.

There have been some major changes to Final Fantasy for the thirteenth addition to the series. First of all you don't level in a traditional sense. It's weird to be playing a Final Fantasy game and not see LVL 9 for instance against a character. The side effect of this is that it can be hard to understand whether the grinds you are performing to beat a boss character are being effective or not. 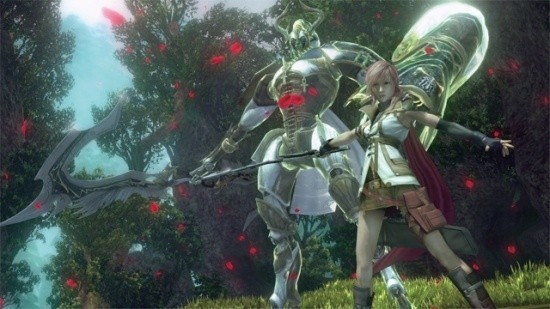 Instead the game has replaced the Level system (for at least the first five chapters) with a points system. After each battle you are rewarded with Crystarium Points (CP). CP is used to move around the Crystarium Table and level characters. You may increase Health Points (HP), Magic Points or improve the strength of other areas of the characters. As you progress further into the table, the CP required to progress becomes higher and as such either more grinding is required or you have to get lucky with the boss characters and fight well.

What you are leveling up is the Optimas of the characters which is the second major change to the game. Each character has certain Optimas which they can transform into. For example, Lightning can have the Attacker Optima and the Blaster Optima. As you might have guessed these Optimas determine how the character attacks the enemy and with what weapons or magic. You can also upgrade your weapons with items that you find around the world and are given after fights. This becomes just as crucial as leveling the character and items that you add to weapons can have both a positive and negative effect. 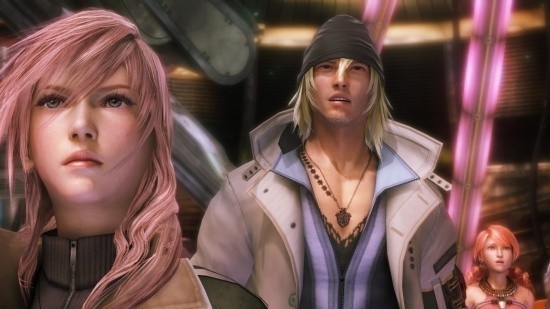 The game sounds great, right? Well, it is, but there are a few things that stick out as puzzling. First of all the game is extremely linear. You run following an arrow, get to a place and a cut scene (often lengthy) kicks in. Then you continue on fighting some more enemies, beat a boss and watch another lengthy cut scene. There is no exploration so to speak and even grinding can be difficult. We have discovered that further into the game towards the end it does open up, but it is not like Final Fantasy games of the past that's for sure.

The other sticking point with the game so far is that at least until Chapter 5 you can't choose who is in your team. This is because the story is branching in two paths, which ultimately meet later in the game. But you can't even choose your team leader. At one point of the game you will be controlling Snow and Sazh, while the next point Lightning and Hope. Not being able to choose your characters leads to one big problem we encountered. You're characters may not be leveled up enough to fight a boss character and frustration sets in.

This is due to the fact that you can't choose who you are fighting with. Playing with Hope, we had our butts kicked six ways from Sunday when we encountered a boss character which we won't spoil. But our frustration came from the fact that the game had not really given us control of Hope enough in the preceding sections of the game to level him enough to have a chance against the character. So you go back to the old Final Fantasy grind routine, which can feel more of a grind this time around because you're not necessarily leveling HP each time you 'level up' in the Crystarium Table.

However for all its problems we feel it has, it is still a masterpiece of gaming. The graphics are stunning, the cut scenes although plenty (apparently there is 9 hours of them in the game) are a visual and aural stunning masterpiece and the battle systems and gameplay is as Final Fantasy as we have ever seen. 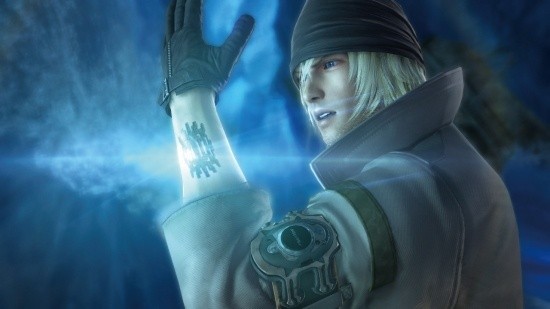 There is no doubt that the game has somewhat suffered by the pressure heaped upon it by Square Enix and Sony as the big game that will sell Playstation's (which is no longer the case in America and Europe with a Xbox 360 build also shipping on the same day and date) but also the expectation of how deep and stunning the game should look. Corners had to be cut somewhere and it appears that the exploration facets of the series are what made the cut. Otherwise we may have been waiting ten years for this game.

We expect this game to sell millions in the west and we expect gamers to love it, but it's not without fault. That said we can't wait to get our hands on the English build and finish it because from what we have played so far, while different in many ways to traditional FF, was still incredibly addictive and left us wanting to see the game in English as soon as possible.