All NewsBusiness, Financial & LegalCases, Cooling & PSUContests & GiveawaysCPU, APU & ChipsetsDealsDisplays & ProjectorsGamingMotherboardsScience, Space & RoboticsStorageVideo CardsVirtual & Augmented Reality
All ReviewsAll ArticlesAudio, Sound & SpeakersCases, Cooling & PSUCPUs, Chipsets & SoCsComputer SystemsDisplays & ProjectorsGamingMotherboardsNetworkingPeripheralsRAMStorageVideo Cards
GuidesGamingAsk the ExpertsNewsletterAboutForums
RTX 3090 TiRTX 4090Diablo 2GTA 6Halo InfiniteElon MuskRTX 3080HDMI 2.1
When Microsoft and Rockstar announced a joint partnership to have exclusive DLC content, the internet basically exploded. The most anticipated game in many years was going platform exclusive, to a degree. And considering that platform was not Playstation, the platform many people see as the one which built the GTA franchise, it was hard for some people to swallow.

Earlier this year we saw the release of The Lost and the Damned on Xbox Live; a biker story taking place during the same time as the main Niko story from the original game. As promised, we have now seen the second DLC, The Ballad of Gay Tony, but in a surprise Rockstar has released these two titles as a singular package which is sold at retail and not only that, does not require the original game. Whether Episodes of Liberty City is worth the purchase depends on a few things which are explored in this review. However, it is clear that Rockstar has listened since the first DLC, because the second, TBOGT, is by far the best.

Both TLAD and TBOGT take place in Liberty City during the same time that Niko did his dirty work building up the empire that he and Roman now share. There is no doubt from the storyline of both episodes that this was planned from the beginning and Luis Lopez and Johnny were both built into the universe from the start. There are times where the three stories intersect and it is here where EOLC really comes into its own. There are many 'ohhh yeah' moments as you play through the games and it also gives a heck of a lot of back story as to what was going on in Nikos world. At the end of playing TBOGT (which is the second episode and should be played last to get the most benefit, though Rockstar does not stop you skipping straight to it), the entire IV story wraps up and not once does it feel rushed or slapped into place. Quite an achievement considering the length of time between releases. 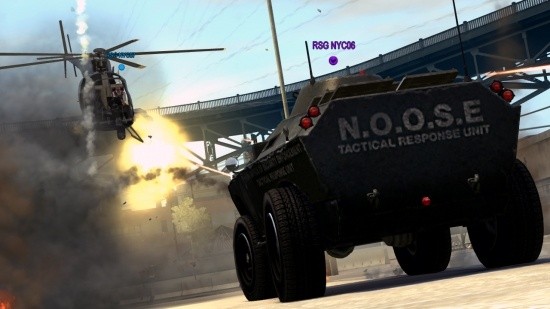 The first episode, the Lost and the Damned focuses on the Biker world of Liberty City. Taking control of Johnny, who Niko partnered with in the first game, you are in charge of raising your gang back to the top of the ranks and from the laughing stock it has become. Johnny is no Niko or Luis Lopez. He goes around taking thugs out and commiting crime without batting an eyelid. It's an interesting change from the self-depracating Niko who Rockstar tried to give an emotion of 'why am I doing this' and 'I am only doing this because i have to' etc. etc. It was back to the old times ala Claude from GTA3; guns, women, sex and drugs. That is what TLAD is all about.

There is also a few additions to the IV world with TLAD. As you might expect, there is a heavy emphasis on riding a motorbike and in fact Johnny just seems completely out of place when driving a car. Also, at times you need to ride as a crew. When this occurs, the Lost logo shows on the ground and you have to keep within that to gain points and ride with your crew. As missions go on you start to encounter missions which occured in IV such as the LCPD drug bust in the old decrepit house and gain a new perspective on those missions. However, overall you're a mean character intent on kicking as many peoples arses as possible. It is possible that Rockstar wanted to show how flexible the IV world is by taking the complete opposite tact with Johnny as opposed to Niko, but it does seem to lower the IQ of the IV games significantly when you play TLAD.

The other episode, which in our opinion benefited from the time and feedback left after TLAD is about a washed up Nightclub Mogul and his business partner Luis Lopez who you play. Luis is a stereotypical latino from the bronx who through crime and power rose to the top and is now a manager of the two hottest night clubs in Liberty City. Although, due to a number of business deals gone wrong (and to go into details would lead to a massive spoiler), Tony, or Gay Tony as he is known is under the pump and needs money. Luis steps in to perform a number of underhanded tasks to get he and his boss back in the nightclub world. The missions in Gay Tony are a lot more interesting than The Lost and the Damned and it's possibly because they are some of the most over the top missions in the IV world yet. 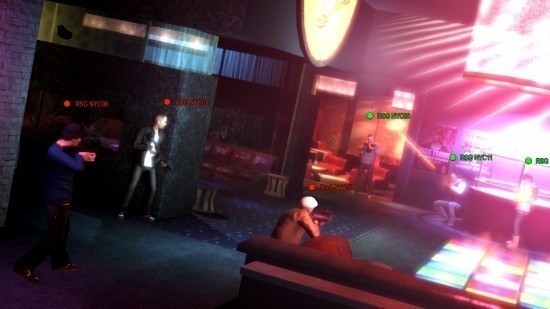 The characters are also larger than life with the unbeliveable performance of Yusif Amir, possibly the funniest character to enter the GTA world yet. The missions that you take on for that crazy cat range from downright hillarious through to the almost truly insane. One thing we have to criticise TBOGT for is the over-reliance it has on helicopters for some of the missions. If you can't handle the IV helicopter well, then get practicing because almost 50% of TBOGT relies on that very vehicle type which can lead to some incredibly frustrating mission failures. If Rockstar was going to do this it would have been nice to see even a slight improvement of the responsiveness of the choppers. However, in its defence, once you do master the helicopter, the game is incredibly enjoyable (especially jumping out of helicopters to .. oh, that would be a spoiler, but you get the idea).

Some of the more memorable characters from IV return such as Brucie, but in ways you may not have expected. Just like TLAD, TBOGT really fleshes out some of the side stories of the Liberty City world as well as adds a few mini games to play around with. You can manage clubs by dancing with girls in the clubs, throwing out low lifes and in general just being a good bouncer. The nightclubs are some of the most detailed aspects of the game now and Rockstar definately did its research. In one club, if you dance well, you get to take part in a group dance which is somewhat like a DDR style mini game, while in another club if you dance well you get a 'you got served' style mini game which is hillarious and one of the biggest highlights of the game. TBOGT has probably the funniest GTA mission ever made as well with a parody of Twitter in full effect. 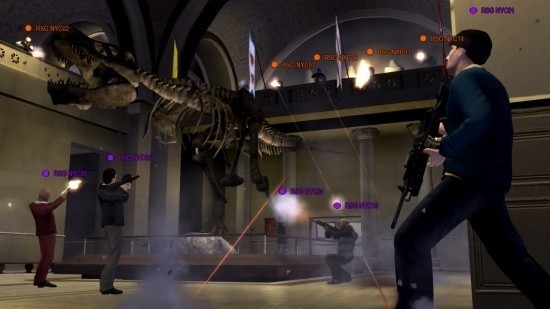 The world of Liberty City has been retained almost in full for the two episodes, but some of the more memorable aspects of IV have been removed. For example, you can no longer visit the comedy club and watch Ricky Gervais strut his stuff, but in general the entirity of the IV world has been included which considering the retail price gives a strong value proposition to the title. And really, if you have seen what's missing before, it's the kind of stuff that you would only watch once. You can't have girlfriends any more it seems. This is replaced by Booty Calls from girls you meet in the club. They text you a dirty picture, tell you to come over and cut to the chase. No more buttering up the girlfriends in Gay Tony.

While the visuals of the series no longer stand the test of time, they are still quite impressive. Considering the epic scale of the world and the amount of on screen detail, the game runs without a hiccup in the framerate department generally and the pop-in is hardly noticeable. One of the most impressive aspects of Rockstars design method is if you go to where Hercules and Maisonette 9 (the two new nightclubs) are in IV and TLAD, they are actually there, just not actually able to be visited. We tested this and expected to not see those clubs, but there they were and that just shows the level of detail that Sam Houser and his team put into this series. The packs also add a bunch of new multiplayer modes including some with the new parachute available in TBOGT, but it still doesn't really solve the problems that IV had with its multiplayer in that you really have to play with friends to get a good game. 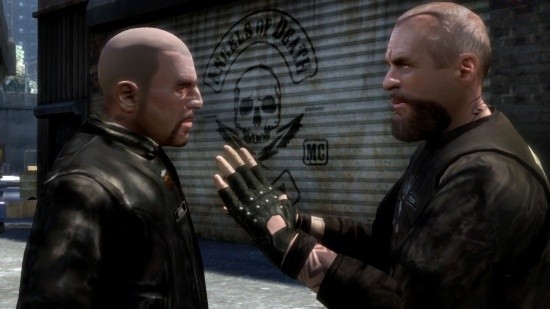 Episodes from Liberty City is a purchase for those who don't have Xbox Live or missed out on TLAD first time around. Newegg currently sells it for $36.99. If you have already purchased the DLC for the first pack then it is hard to reccomend the retail product at its current price, but TBOGT is definately worth playing and Rockstar does have some exclusive Radio Stations on the disc including some classic tracks from Roxette amongst others.

Rockstar has told its final tale of Liberty City and IV, but while it lasts it's one of the most detailed, comprehensive and well put together (especially considering the DLC aspect) stories in a very long time. Did Microsoft get its money worth in the exclusive? Time will tell on that one, but overall Episodes from Liberty City is a strong package and some of the best value on the market today.