For the last month or so, we've been playing around with a new form of benchmarking, as I had talked with NVIDIA Australia on a look at upgrading your PC in two different ways. First, was the graphics card - of course, NVIDIA is a GPU company, guys. They sent us over their older GeForce GTX 760 2GB, while we used our new Pascal-based GeForce GTX 1060 6GB as an upgrade.

But it's the storage upgrade that had me excited, and which shows an incredible value for money upgrade for your gaming needs - so we ran Windows 10 on a mechanical HDD, and then again on an SSD with a bunch of games. The results were interesting, but both upgrades at the same time are also a great thing to do if you want additional performance - but don't have the $1199 for that super-quick Titan X graphics card.

We used older components for the CPU, motherboard, and RAM - with an Intel Core i5 760, GIGABYTE H97M-Gaming 3 motherboard and 8GB of DDR3 RAM from Corsair. Alongside that hardware, I used Corsair's AX860i PSU which ensures more than enough power is going to the system (heck, the system doesn't even go over 300W of power...), so 860W is really overkill for a system like this.

We've tested four games and two benchmarks for now, with more games on the way. Our preliminary testing includes a new game in the form of Deus Ex: Mankind Divided, a super-popular new FPS in Overwatch, and then, of course, Grand Theft Auto V. And, of course, we had to include BF1. For the synthetic benchmarks, we've thrown 3DMark and Heaven into the mix, but again - we'll be adding more to the list very soon.

This is where I feel that most gamers on a GeForce GTX 760 would be, and even today, 1080p is a popular resolution for high-end and eSports gamers. The reason is that 1080p monitors are cheap, and they're getting better and better as the value for money increases with higher refresh rate monitors on the market. 120/144/165 and even 240Hz monitors arrive with a native 1080p resolution, while 2560x1440 monitors max out at 144Hz right now. 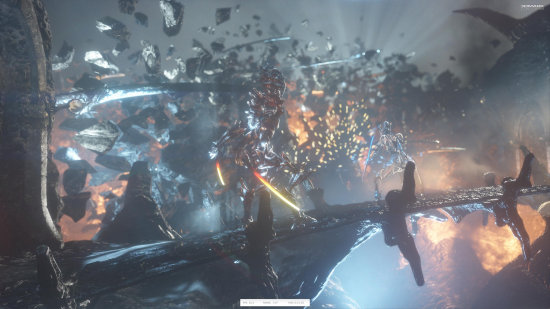 3DMark has been a staple benchmark for years now, all the way back to when The Matrix was released and Futuremark had bullet time inspired benchmarks. 3DMark is the perfect tool to see if your system - most important, your CPU and GPU - is performing as it should. You can search results for your GPU, to see if it falls in line with other systems based on similar hardware.

You can buy Deus Ex: Mankind Divided at Amazon.

By now, who hasn't heard of the Grand Theft Auto franchise? GTA V is a popular game, powered by the Rockstar Advanced Game Engine (RAGE) made in-house by Rockstar.

Blizzard created one of the best team-based first-person shooters with Overwatch, which looks great and runs ridiculously smooth, even on lower-end hardware.

You can buy Overwatch at Amazon.

Battlefield 1 is the latest and greatest first-person shooter from EA DICE, powered by the incredibly beautiful and high-end Frostbite engine. It has DX11 and DX12 support, so we test both - it's one of the games we run in real-time 64-player multiplayer matches.

You can buy Battlefield 1 at Amazon.

My primary focus of this GPU and storage upgrade battle is for the fight at 1080p, but I've included some results at 1440p.

You can buy Deus Ex: Mankind Divided at Amazon.

By now, who hasn't heard of the Grand Theft Auto franchise? GTA V is a popular game, powered by the Rockstar Advanced Game Engine (RAGE) made in-house by Rockstar.

Blizzard created one of the best team-based first-person shooters with Overwatch, which looks great and runs ridiculously smooth, even on lower-end hardware.

You can buy Overwatch at Amazon.

Battlefield 1 is the latest and greatest first-person shooter from EA DICE, powered by the incredibly beautiful and high-end Frostbite engine. It has DX11 and DX12 support, so we test both - it's one of the games we run in real-time 64-player multiplayer matches.

You can buy Battlefield 1 at Amazon.

I worked at an IT retailer for just under ten years before I started writing for TweakTown, and the biggest change to PCs was when SSDs were released - and then again when the price began hitting levels where you could buy them as OS drives for under $200. Now that 240GB SSDs from companies like Corsair are under $75, it's a no-brainer when building or buying a new PC.

The performance difference between the gaming PC with the mechanical HDD and the SSD are mixed, but the load times of the games are a massive leap faster - so while the performance isn't necessarily better frames per second wise, loading into games was much quicker on the SSD. The SSD just blows it away in Windows and application load times, as well as game load times - and even contributing towards the FPS performance.

Coming into this article, I knew there would be some good performance improvements between both of the changes - with the SSD, and the new GPU - but the additional performance that we have on our charts is beyond impressive.

If you're upgrading both components at the same time, and remember - it doesn't need to be GTX 760 to GTX 1060 - it could be a similar graphics card like the Radeon HD 7850 to something like the RX 480, and you'd still receive a great performance upgrade.

The same goes for the HDD to SSD, which is an upgrade that I don't just recommend on a whim - it's something every PC user, even if you're not a gamer, should do. The performance improvement is night and day, with Windows booting so much quicker - and the load times into Overwatch, Battlefield 1, and our other games was much, much faster on the SSD. If you don't use an SSD, do yourself and favor and get one when your budget allows for it.

The big performance upgrade between the GeForce GTX 760 and GTX 1060 is easily worth it, with the NVIDIA Pascal architecture improving much beyond the aging Kepler architecture, seeing similar if not lower power numbers, and adding a good chunk of performance.

DX12 powah: Remember that the new Pascal architecture powering the GeForce GTX 1060 is capable of DirectX 12, for Windows 10 users obviously. This allows us to run Battlefield 1 in DX12 on the GTX 1060 for added performance, as well as Deus Ex: Mankind Divided.

In games like Deus Ex: Mankind Divided, the performance difference between the GTX 760 and GTX 1060 is massive: 23FPS versus 45FPS, a difference of 95%... but even with the older HDD, the upgrade from the GTX 760 to the GTX 1060 provides some rather large performance improvements. This is great for people who want to buy a new GPU, but not buy an SSD and have to reinstall Windows.

Wrapping up: I found it surprising that the performance on the HDD is still quite good, especially when upgrading from the GTX 760 to the GTX 1060 - but the loads times were atrocious compared to the SSD. It felt like both your legs were broken, and you were crawling to your PC to get into the game, versus leaping into your chair from your cat-like stance, and right into the game. Yeah, I don't know - but something like that.

Humor aside, the results were surprising. The upgrade from the GTX 760 to the GTX 1060 is definitely worth it, and we're also able to look into VR gaming with the GTX 1060 - something the GTX 760 isn't capable of. DX12 is another big focus for the GTX 1060, as we have some games that have finally been released that allow improved GPU performance, sometimes.

As I've always said, upgrading from a HDD to an SSD is the best thing you can do to your PC. Upgrading the graphics card does a lot for gaming, but MOBAs and popular first-person shooters like CS:GO and Overwatch won't benefit as much, unless you're chasing frames and trying to hit 144FPS. As I said earlier: seriously, just get the SSD.