If you are anything like me, Christmas is a fairly stressful time of the year. You don't know what to buy and then you resort to the usual socks and other assorted junk that no one wants and you feel like a bad person. But not this year! The Digital Lounge has come to the rescue with a handy list of appropriate disc-sized gifts to suit every member of the family. Except for the pets. Just buy them a new toy. Here we go... 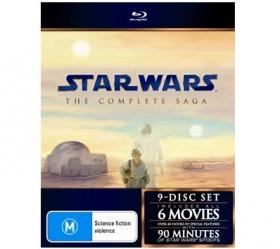 Most families I know are all about Star Wars, so it stands to reason that every family needs to own the saga now that it's finally been released on Blu-ray disc. Despite some technical flaws and the still missing original cuts of the original and much loved trilogy, this still gets my highest recommendation for the ultimate Blu-ray gift of 2011. Each film has been remastered to the highest quality yet seen in the home and includes some genuine gems that fans have never seen: the deleted scenes.

Take a look at our in-depth reviews for each film in the Digital Lounge archive if you need further convincing!

As one of the blockbuster cinema releases of 2011, it was with considerable surprise that Marvel's Captain America property was handled in such a way as to pay reverential respect to the original property whilst also being mindful of the current state of international politics. The film is a smart, cracking paced action extravaganza, which puts the films franchise on the right track for the first time and continues to lay the grounding for 2012's The Avengers which unites many of the Marvel properties.

Paramount's Blu-ray release of Captain America might be a little light on for extra features than previous releases such as Iron Man, but features a few reasonable bonuses.

Normally chick flick comedies have me reaching for the sick bag under my tray table, but 2011's Bridesmaids seems to be fairly universally enjoyed by females and males alike. As such, this is one recommendation I can make which won't cause too many fights come Christmas day.

Kristen Wiig plays the main character on the thin edge of likeability, but the film is saved by the lowest common denominator antics of Melissa McCarthy. It's a little long, has some stuttering flaws, but by the time it's over, everything is mostly forgiven.

Universal's Blu-ray rounds up a bunch of worthwhile extras which extend the laughs through deleted scenes, outtakes and a long gag reel. Fans will lap it up. 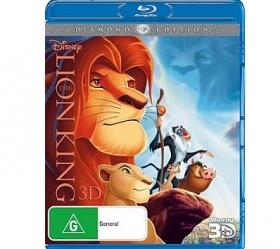 You can't really go wrong by giving the gift of Disney, but the classic Lion King appeals to a far broader demographic than most. The audio and video quality afforded this release is truly second-to-none, and if you are equipped with 3D equipment then please spend the extra $10 dollars to get that version - it's extremely worth the outlay.

Disney have unfortunately pared down the extra features of the Diamond Edition titles, so the release isn't quite as lavish as previous entries (and doesn't feature the previous DVD extras), but the film is as good as ever and the video and audio quality is second to none.

I hear this series is very good, but I just wanted to reference GoldenEye.