Beyond Blu-ray - Looking into the Crystal Ball

Cast your minds back to 2007. Toshiba's HD-DVD and Sony's Blu-ray format were locked in a battle to the death, with no clear victor amongst the two. With support shared between both formats, many media pundits simply came to the conclusion that both formats would co-exist. Others still suggested that by not working things out, they were dooming themselves to an early grave and that downloads would ultimately be the sole winner. 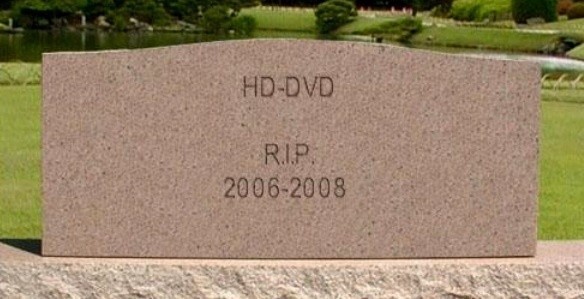 Now back to 2011. HD-DVD is but a distant memory, just as Beta is to VHS. DVD sales are hemorrhaging, with declining retail value and sales. But Blu-ray continues to gain in popularity. Sales in Australia, Europe and the United States are particularly strong. Australian retailers such as JB Hi-Fi, Sanity and Big W continue to expand their lines and reduce pricing, particularly on 'must have' new release titles.

Name brand Blu-ray players can be purchased well under $200 AUD - it took the DVD format considerably longer to create that much impact on pricing. And don't forget that the original Star Wars trilogy will be released come September, as big a hallmark as any that the format has come of age. There's no doubt at all that Blu-ray is here to stay and it will continue to steal market share from DVD until the format fades.

A networked generation, upgradeable hardware and a format that was designed to be changed from the early days means that the format is reasonably malleable. We've seen numerous upgrades to the specification; the introduction of 'bonus view' multiplexing which has given us the ability to watch picture in picture video, the BD Live web portal and the latest change - the introduction of Blu-ray 3D, encompassing the new MVC codec.

1080p has become the de facto standard for TV resolution, the highest resolution that Blu-ray supports. But that won't be the case forever. Ultra high definition displays which support up to 8K resolution have been in development for a number of years now. Just as many argued that 'DVD was good enough', there exists vocal opponents of the technology who suggest that current 1080p signals are fine enough. Obviously it would be folly to think that the home will never surpass this technology. In fact, I give it around 12-15 years before it's common place.

It won't help all movies. Many film restorations up until recent years have only performed at 1080p. Some films might be lost before they can be transferred again. Other films recorded with early high definition cameras such as Attack of the Clones and Revenge of the Sith were only filmed in a 1080p resolution, and won't be bettered.

But a new TV format will likely be at least 4k in resolution - four higher than current spec 1080p. I've often said that I feel that Blu-ray will be the last packaged media format. I still think that as a mainstream format this will be the case. But, I am beginning to feel that there will still be additional formats that will eventually replace Blu-ray. And I'll tell you why on the next page.

Beyond Blu-ray - Looking into the Crystal Ball - Cont.

Despite massive leaps made in compression technology, the need for larger storage space continues. Higher resolution video signals will require a massive amount of storage, way beyond what flash media and current Blu-ray discs will hold. And the delivery of these bandwidth signals would be impossible with current technology and even a challenge for Australia's National Broadband Network; if indeed it's ever built.

Quad layer Blu-ray discs are now part of the Blu-ray spec, which hold up to 128GB. Could this be the vehicle for the future? I highly doubt it. It's incompatible with every Blu-ray player currently out there anyway, and whilst that gives an extra 80 gigabytes of storage space, we'll likely need even more than that.

The promised Holographic Versatile Disc (HVD) format which retains the same dimensions as Blu-ray, DVD and CD technology before it, is a likely successor. The format can theoretically hold up to 6TB on a single disc, read with a powerful green laser. More impressive still is the support that the HVD forum currently has, with Sony, Apple, Hitachi, Mitsubishi and Lite-on all part of the coalition. It's very early days, but this technology is shaping up well with current manufacturing estimates putting the technologies availability at the turn of the next decade.

There is no argument from me that flash media, on demand video services and other forms of video downloads will certainly take market share away from packaged media. We've seen it with music, books and games - and it's happening now with movies. But, I still feel that the needs of the future will still call for pre-manufactured media to address incredibly high data demands. Will any future format become a niche, somewhat like laserdisc? Maybe. I'd probably go far as to say 'quite possible', but then again, we never do know until the market decides. And we all know that the economic assumption of consumers being rational is entirely untrue.

The only thing we can be sure of is that Blu-ray will have a fairly long shelf life, and will see the decade out. Blu-ray keeps on giving and the Blu-ray 3D format is and will continue to lead to exciting possibilities. But after that, the crystal ball is still a bit fuzzy...