Welcome back to the third of four parts as we countdown the Top 20 films yet to be released to Blu-ray disc. If you missed the first parts, be sure to look at them here, and be sure to look out for the final part next week! 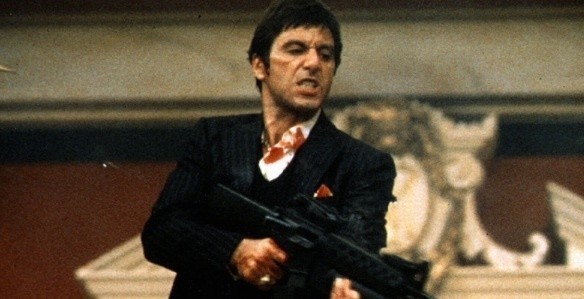 I find Brian De Palma a bit of a hit or miss director. For every The Untouchables, there's a Mission to Mars; for every Carrie, a Black Dahlia. Despite this, Scarface is undoubtedly his best film, and it's a classic in every since of the word, and responsible for many facets of pop culture today. Al Pacino and Michelle Pfeiffer play their parts magnificently, and for not one minute do you doubt the debauchery or horror of their characters.

Unfortunately, Scarface has never been a visually interesting film, and the film stock it was filmed on which is full of very coarse film grain, along with some challenging lightning means that striking an acceptable transfer for the high definition generation will be difficult and costly. And even more unfortunately, Universal has a poor track record of giving catalogue titles properly remastered, new transfers. What Scarface really needs is the Lowry digital treatment, but I doubt this will occur. One can only hope that the popularity of the film will incite Universal to give the film the care and attention it deserves.

Forgetting the unfortunate and ill advised 1998 sequel, the original Blues Brothers remains an outrageous and over the top action/ musical, a product of the early 1980's, but an example of a film that simply wouldn't get made today.

Universal Home Video asked Facebook fans on its official page to rate which titles they wanted to see on Blu-ray, and indeed The Blues Brothers appeared, and rated quite highly. Many of the other titles listed, including Back to the Future have since been released, so it's likely to be released sooner rather than later.

A new transfer might be just a little bit more unkind to the plastic shark, but the impact of the film always lays in what you didn't need to see, not what you do see. Australians know more than many countries the danger posed by Sharks, making the film a still relevant classic. The cultural impact of the film is without question, starting the notion of the summer blockbuster, and the score provided by John Williams has transcended the film and has become the default soundtrack for sharks world wide.

Steven Spielberg has long supported the Blu-ray format and allegedly personally scuttled Universals announcement that Jaws was going to be released on the now defunct HD-DVD format, whilst giving Sony Pictures the approval to release Close Encounters of the Third Kind. It was widely speculated that Jaws would be released this year, to mark the films 35th anniversary; unfortunately this has not come to pass and there has been no real word as to when to expect the film. 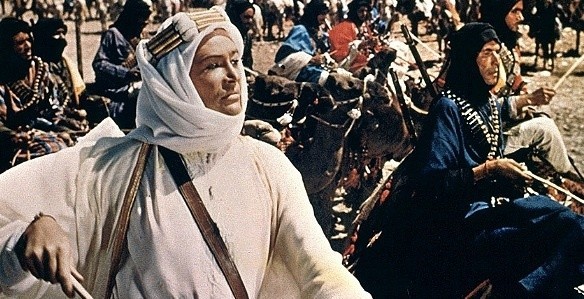 Director David Lean's films are entirely timeless, despite his filmography dating back to the 1940's. Perhaps his most revered film Lawrence of Arabia, which details the battle of the enigmatic T.E. Lawrence during the years of the first World War. Despite some creative licence taken with some elements of the film, the highly influential film is considered an important classic, winning 7 Academy Awards, including Best Picture in 1962.

Sony Pictures struck a new transfer of the film in 2008, after an extensive restoration process by industry stalwart Robert A. Harris. Whilst this new HD transfer plays frequently on HD cable channels in the U.S. and by all accounts is quite stunning, there has been no concrete word on a Blu-ray release of the film for some time. 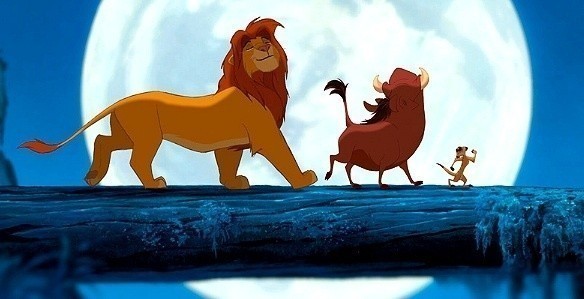 Picking out the most memorable Disney film of all time is extremely problematic because of the generational nature of animated films. However, few would argue that The Lion King deserves to be at the top of this list. A touching story with some classic musical numbers including 'Hakuna Matata', a wonderful soundtrack contribution by Elton John and some amazing animation which took advantage of the emerging computer animation technology CAPS, The Lion King was a massive critical and financial success for Disney.

Another victim of the 7 year release turn around, The Lion King has been confirmed for Blu-ray release in the 4th quarter of 2011, following the release of Bambi in the 2nd quarter of 2011.

Please come back next week as we finish the countdown to the Top 20 films yet to be released on Blu-ray disc!