This trend of supplying so called digital copies and bonus DVD's are a two sided consumer offering designed to increase the perceived value of the product ("two discs are better than one, right?") for a very low increased cost to the studio or distributor and a way for them to attack the only legitimate excuse for piracy ("I just wanted to watch it on my iPod, too!"). 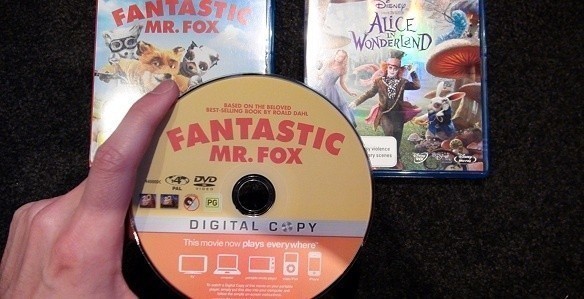 Despite the sneers from film elitists, the iTunes video store proved rather quickly that there was a market for consumers paying additional fees to watch a movie on a 2 inch screen whilst on a bus or on the go. With this knowledge, studios decided to leap onto the bandwagon and package a version of the film, pre encoded or ready to download in a variety of different formats, including Apple's iPod and Sony's PSP.

A consumer simply has to put the bonus DVD in their DVD-ROM drive to start the process. By denying iTunes their extra source of revenue, it increases the perceived value of a product to the benefit of the distributor, particularly when it hits the initial retail market and stores and consumers can charge higher prices. It's all about making as much money as possible, by selling the same amount of content. This same mentality explains why studios have been quick to release so many catalogue titles in such a short amount of time.

Disney Home Entertainment often goes one step further, providing an additional DVD copy of a movie designed for portable DVD players, or the old DVD player in the spare room. These triple disc packs are the ultimate overkill, but consumers have seemingly taken to them with glee.

So who actually uses these discs? Well, I'm not their target audience seemingly. I've only transferred one to my Sony PlayStation Portable (in fact, it was the first time I've used the old thing in quite some time). The image quality was fine enough, but I just don't want to squint on the tiny screen with my back hunched over in an overtly unnatural position to see it.

Ultimately, the practice will probably continue for some time, until the studios are told that consumers just don't care, or they find a better alternative to sell these direct to consumers without giving Apple or whatever distribution services come to exist, a slice of the pie.

I'm interested in taking your thoughts directly to Australian Blu-ray distributors including Disney Home Entertainment, Sony Pictures Home Entertainment and Twentieth Century Fox. Let me know how you feel about the practice of digital copies in our comments section below and I'll pass on the sentiments.