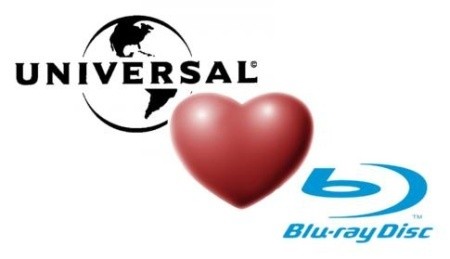 Whilst Universal Pictures Home Entertainment in Australia still have not issued details on the first local Blu-ray titles, the U.S. branch can't keep quiet about their new found love affair with Blu-ray. Last week, they released the full specifications for their maiden two titles; The Mummy and The Mummy Returns. Prior to this, Universal Pictures were a staunch advocate of the HD-DVD format with studio heads declaring it as an imminent 'failure', and publicly decrying the format.

Of course, now the tables are turned and I would have loved to have been a fly on the wall when Universal came slinking to the Blu-ray Disc Association, which seemed to have occurred slightly before Toshiba ceded. I should note as well, that Universals VP of strategic marketing Ken Graffeo was also the co-president of the HD-DVD consortium, which disbanded in March. This coincided with the departure of Graffeo from his post, in the same month.

But I digress; let's take a look at the confirmed specs for both titles. Step-up features from the original HD-DVD release are in bold.

So from this, what can we learn about the strategy that Universal intend to take?

Because Universal were the last to step up to the Blu plate, they know they have a lot of lost ground to make up. But reading the list of specifications for the two Mummy films gives me a lot of hope that they will do the right thing, albeit finally, to the Blu-ray customer. 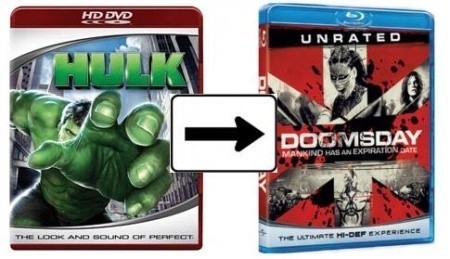 First off, the video. Whilst it has not at the time of writing been ascertained as to what codec Universal will use, it's comforting to know that new masters have been struck for both Mummy films. Whilst they didn't look terrible on HD-DVD, they also didn't look stellar. Universal copped a lot of flack for releasing quantity rather than quality; so if Uni can slow it down a little and focus more on quality, this would be a good thing, and this is certainly a good sign for the future. That said, don't expect full re-masters for every Blu-ray release.

Now, the audio. Universal have already publicised their intention to use the DTS HD Master Audio encoder for all their Blu-ray releases, ending their agreement with Dolby laboratories. Most HD-DVDs featured a lossy Dolby Digital Plus audio track, whilst some featured lossless Dolby True-HD. This to and fro of lossy and lossless is almost certainly due to the lack of available disc space on a 30GB HD-DVD. Now that there is an extra 20 GB available, these extra bits will be used to ensure the best possible audio presentation, and importantly to consumers; a standard expectation for lossless audio, as per almost every other studio.

Next, the extras. Universal cultivated a pretty good standard of porting over all the DVD extras onto the HD-DVD release, and this in turn seems to be continuing. This alone is comforting, and I wish other studios would follow suit (I am looking at you, Fox). But it doesn't end there. For HD-DVD, Universal featured on many discs a 'U-control' feature, which at its heart utilized picture in picture and branching elements available in the iHD environment (iHD was to HD-DVD what BD Java is to Blu-ray.) At the time, the grace period for Blu-ray manufacturers was still in effect, and no players had secondary video decoders, necessary for this type of feature. This was to come with BD profile 1.1, which is now in full effect, and can be found on the PlayStation 3 (on new firmware) and almost all Blu-ray stand alone players moving forward. So, it's a relief that Universal is not only including these features, but in the case of The Mummy movies, creating new ones where the HD-DVD had none. Again, it would be wrong to assume that all Universal Blu-rays will have these features, but again, it's a good sign.

A Look At Universal Pictures' Blu-ray Strategy - In Closing

Universal have also announced one more Blu-ray title; this years megaflop Doomsday, coming out on July 29th in the U.S. The disc also features a generous extras package, including DTS HD Master Audio and a picture in picture making of.

I know of at least one currently unannounced Universal Blu-ray in production, which I am not allowed to name. What I can reveal however, is that whilst the HD-DVD was no slouch, Universal have gone above and beyond that and are creating some admittedly non-groundbreaking, but nonetheless significant extras which will make fans of the movie quite happy. What I can say is that it will feature similar upgrades as The Mummy; DTS HD Master Audio and a picture in picture making of, where there were none on the HD-DVD, in addition to the features that were included on that release.

Of course, the home video industry is a business just like any other, and the name of the game is to make as much money as possible. If that means selling the same movies over and over again, then so be it. I would argue that most early adopters that bought into the HD-DVD format have either already bought into Blu-ray, or intend to. So whilst it is in the interests of Universal to make a more appealing Blu-ray disc of a previously released HD-DVD disc, thereby selling it again, any movie fan worth their weight will want to see the film with upgraded visuals and aural quality (the latter at least a certainty), and will probably see benefit in re-purchasing many Universal films on Blu-ray. 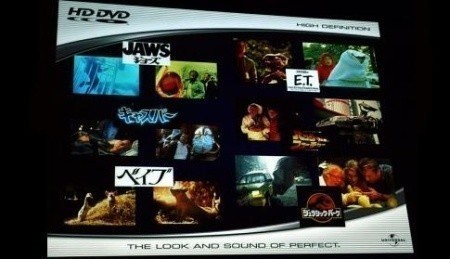 Universal hold one of the largest film catalogues in the world, including the vast majority of Steven Spielberg films, such as Jaws, E.T. The Extra-Terrestrial and Jurassic Park. Spielberg was, and still is an advocate of Blu-ray over HD-DVD. He threw his weight to ensure that none of his films were released on HD-DVD, but gave his blessing, and participation in the Blu-ray release of Close Encounters of the Third Kind, which was released late last year. Spielberg even went so far as to force the HD-DVD consortium to issue a retraction when they 'accidently' included the aforementioned three films on their HD-DVD coming soon list, and on a trade show Power Point presentation, when the format war was at its hottest.

By years end, Universal estimate that they will have around 40 Blu-ray discs on the international market, including releases of both seasons of TV hit Heroes, and summer blockbusters The Incredible Hulk andHellboy II. As I mentioned in the outset, they do have a lot of ground to make-up, but if they keep to the kind of standard they have started with then Universal might finally make it up to Blu-ray fanboys.