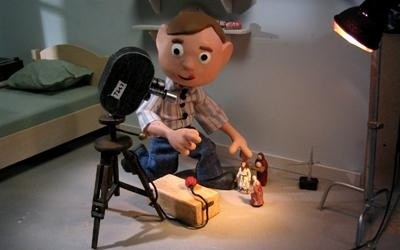 Moral Orel is produced with clay animation, but don't mistake this for Robot Chicken. Orel is a young boy who lives in the God fearing town of Moralton, and he loves God. He loves God so much that anything God forbids, Orel will not do. Well, he will find a way of doing it, without being punished. This is not to say he doesn't mean well, because often he does, but his age and his nave outlook on faith means he can get away with most things. Despite the atrocities he commits (with mostly good intentions), by the end of each episode he has generally gotten away with whatever he did wrong.

And that's the key; Moral Orel is very wrong. It's also very funny. It's even funnier if you have a basic knowledge of Christianity. 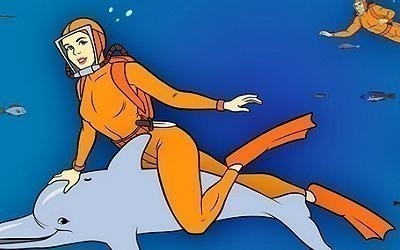 With an animation style closer to Harvey Birdman, Sealab 2021 is the continuation, or degradation of the 1960's animated show Sealab 2020. It seems that just a year after, morale has ebbed away at the Sealab, descending into characters going off on tangents, and not doing what they were supposed to be doing, which without seeing an episode of the original Sealab 2020, but which I imagine to be exploring. Or something.

The ragtag bunch of scientists and staff generally manage to successfully not work together, or if they do it's solely for the purpose of sleeping together. Most episodes end with the destruction of the Sealab, which returns intact for the next episode. 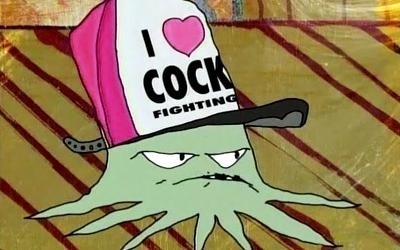 Squidbillies is a very basic animated show, which revels in the random. It follows the adventures of a family of Hillbilly Squids (did I say it was random?). It plays up to every stereotype of hillbillies and even breaks ground by creating some new ones. Nothing is out of bounds on this show, with storylines revolving around Crystal Meth addiction, theft, weapons, and sex with large women.

I had never seen an episode of Squidbillies previous to this review, but it's quickly been propelled to one of my favourite Adult Swim titles. 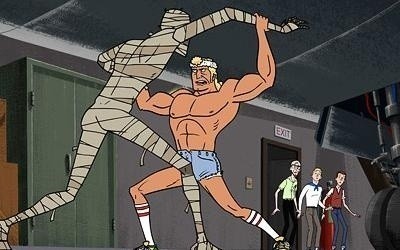 Loosely modeled on Johnny Quest, The Venture Bros. follows the adventures of Brock Sampson (whom has a license to kill), and the father of Dean and Hank, Dr. Thaddeus Venture. They have managed to assemble themselves a generally inept bunch of adversaries, whom are forever trying to bring them down, if they don't manage to do it themselves.

Out of all the Adult Swim titles, Venture Bros. has perhaps the highest production values, and is the only offering which is animated in the traditional ink and paint style. Also contrary to the vast majority of Adult Swim shows, Venture Brothers is, I think, the only title to retain a sense of continuity. With a strong flavour of James Bond, The Venture Bros., is still quite twisted, but certainly one of the more mainstream offerings in the Adult Swim collection.


Next week, we will take a look at the last four titles in the Adult Swim collection, and if you haven't already, don't forget to enter our DVD giveaway; Madman have handed us three DVD's to give away; one copy of each of the following: 'Harvey Birdman: Volume One', 'Aqua Teen Hunger Force: Volume One', and 'Robot Chicken: Season One". To walk away with the swag, answer in 25 words or less:

How does Adult Swim improve your quality of life?

Send your answer to ben@tweaktown.com to enter. The best, most creative answer will walk away with three awesome DVD's thanks to Madman Entertainment.