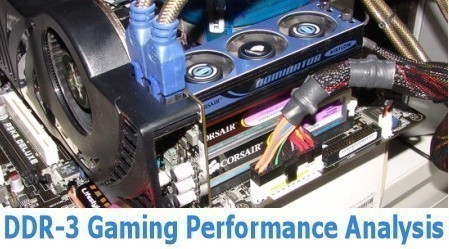 Upgrading memory is always somewhat of a pain - it never really yields the performance increase like new CPU or a graphics card, making it harder to justify the extra cost when buying more expensive modules.

DDR-3 makes the decision even harder as it carries an extreme cost at the moment but do those dollars actually translate into extreme gaming performance? Technically speaking, in pure megabytes per second, it is fast, thanks to the attainable speeds 1500MHz double data rate and beyond which can be achieved, without too much effort. However, the big issue with DDR-3 memory right now is the fact that its latency is high, much higher comparatively to more finely tuned DDR-2.

What does this all really mean for the gamer, though? Are we going to be pushing an extra 1FPS? Maybe 10? It all remains to be seen.

In our latest performance analysis we are going to have a look at what upgrading to DDR-3 really means for gamers. So, strap yourself in for the ride of your life! Alright, to be clear, we do not actually promise this will be the ride of your life and you do not really need to strap in, that is optional.

Let's continue on and see if there is any sense in buying DDR-3 memory right now if you are a gamer.


The chances are that if you're buying DDR-3 memory, you're also looking at some of the fastest equipment on the market.

We will be looking through similar benchmarks to our ATI Catalyst driver articles. We tested in a range of different settings - the only setting to look out for is DDR-3 at 1500MHz with 9-9-9-24 timings. At this speed, the CPU was actually running about 400MHz faster at 3.39GHz, which is obviously going to influence the results, but there is little we can do about that with the dividers available to us.

Let's not delay and have a look if DDR-3 is going to be doing anything for the gamer in terms of improved performance.

The more aggressive timings of the DDR-2 means at clock for clock it runs slightly better than the DDR-3 offering.

When we start moving up, and at 1333MHz DDR, it evens out and then than we move up to 1500MHz DDR and let the CPU go with it, the biggest gains are seen.

The difference between the memory speeds when the CPU is at the same speed we get very little difference. We again see the most gain happens when we of course increase our CPU speed. 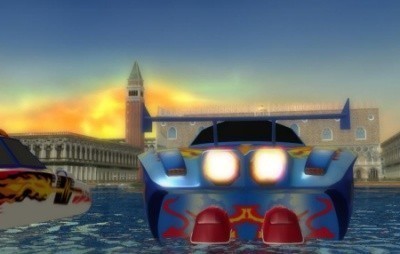 RyderMark is a new 3D benchmark application by Candella Software designed to take on the 3DMark series from Futuremark.

We are testing using the early Beta 2 version which was sent to us by the developers. For a closer look at the benchmark software, take a look at our preview.

From on overall score perspective we can see that DDR-3 seems to yield a performance increase in RyderMark but being only a synthetic test, it is not a true indication of real-world gaming performance.

While the lead is only slight the DDR-2 again outperforms the DDR-3 offerings, it's only when you overclock that the DDR-3 modules come out in front.

You can also see that there is very little difference between DDR-3 at 1066MHz and 1333MHz due to the high timings of the latter.

We see at the lower resolution the DDR-3 modules are slightly faster in the minimum department which is the most important. It's only when overclocked though we can see that we are able to break a 30 minimum frame rate.

The bottom line is at the moment DDR-3 is not yielding any real-world performance gain, especially on our focus topic - gaming.

The thing to remember is though, it will never really yield any gain, much like DDR and DDR-2 memory technologies. What gives us the gains are the pieces of equipment that surround the memory and what they can do - such as, processors with a higher front side bus hence offering higher 1:1 clock speeds. The memory itself is not giving us the direct gain but coincided with the newer processors, front side bus or the new Intel X38 chipset (which is going to offer more bandwidth), we are able to see those all important total gains in system performance.

If you've got the money and want to go DDR-3, then by all means go ahead and build a system based on this memory technology. However, we would suggest you wait for the X38, which is designed more for it (and will offer better performance and overclockability), as opposed to the P35. Although, on a whole, it is the future and you're going to be buying it sooner or later anyway if you're an upgrade maniac, like most of our readers.

Then there is of course the people who buy the best because they want their PC to be future-proof for the next few years - in three years time you might want to chuck some more memory in the system and DDR-3 is more than likely going to be easier to get your hands on compared to older DDR-2.

If you're on a P965 chipset at the moment with a decent graphics card and CPU and want to get some more frames, don't even contemplate a new motherboard or DDR-3, you are far better off thinking about maybe an extra 2GB of memory and / or a new graphics card upgrade. Prices will fall on DDR-3 just like everything else, more modules will pop up and higher front side buses will be up for the taking. DDR-3 isn't going anywhere but forward thought there is no reason for your average Counter Strike Source player to run out and spend big dollars upgrading to a DDR-3 system.

Remember, buy smart and think how your wallet would want you to!