It has been a touch over a month since the 870 EVO platform was released, with our 4TB review going live on launch day, Jan 19th. Now that we have had some time to digest the results flying around the web, we get back to testing with the 1TB model, now in house.

The 870 EVO is seemingly a possible swan song to SATA SSDs, with Samsung stating, "it's the culmination of their SATA SSD lineup," and rightfully so, it's not feasible to continually update a platform with an interface that's past its prime.

That said, 870 EVO has been one of the better SATA SSDs to grace the market in quite some time. Performance figured out to 560 MB/s reads, and 530 MB/s write going off Samsung's marketing. Drive endurance is pushed out to 600TBW for this 1TB platform, while the top offering 4TB can offer 2400TBW. MSRP of the Samsung 870 EVO in the 1TB capacity comes in at $129.99 with a 5-year warranty. 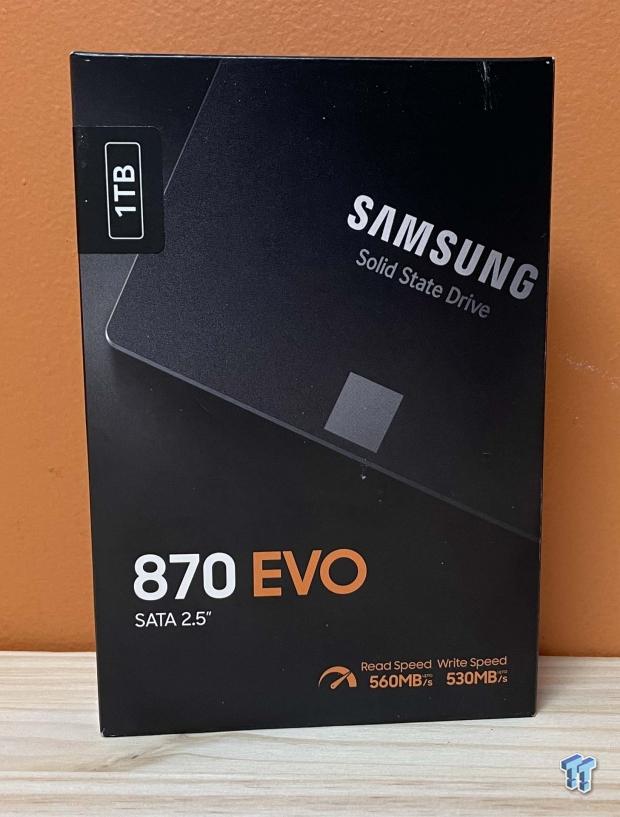 Packaging has changed since we reviewed the 4TB model a month or so back; we have a black box, capacity top left and model down below, and an image of the drive. 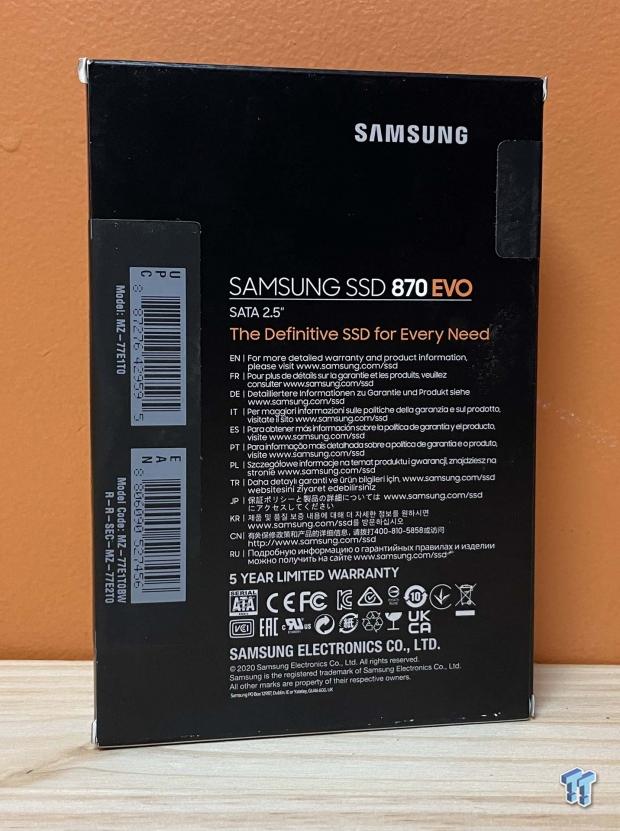 On the backside, model identification on the sticker to the left with warranty information to the right. 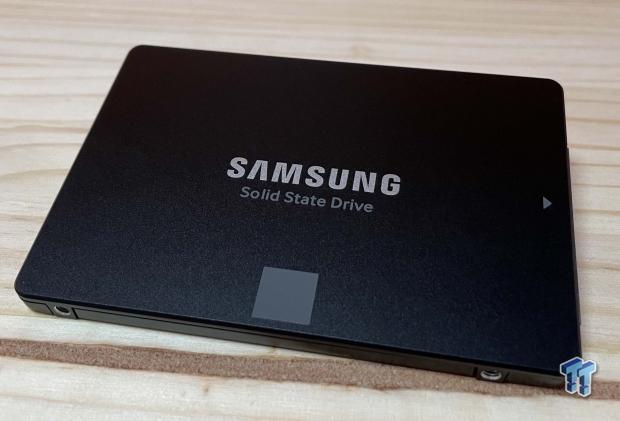 Unboxing, the drive itself is a typical Samsung SATA platform, black metal shell, and Samsung branding on top. 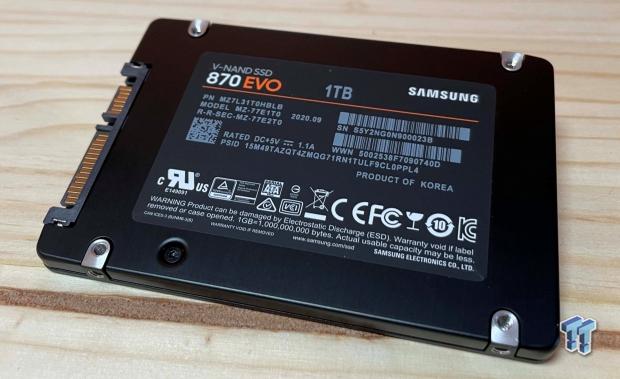 The bottom of the drive offers model and capacity in the top row and regulatory info below. 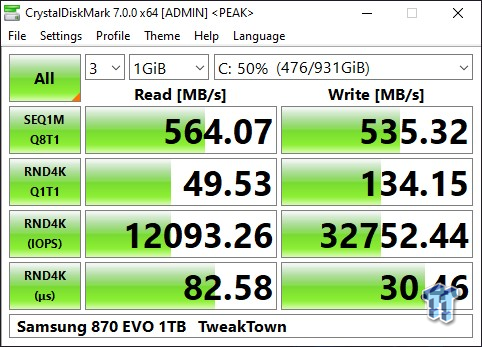 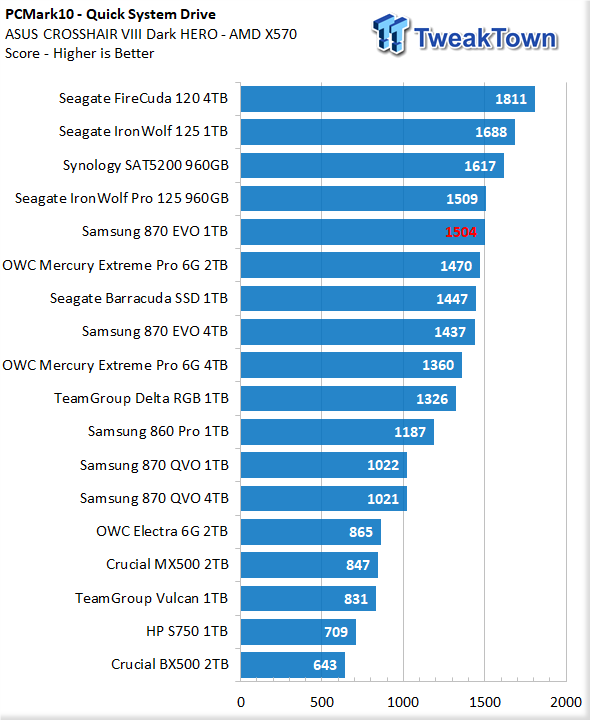 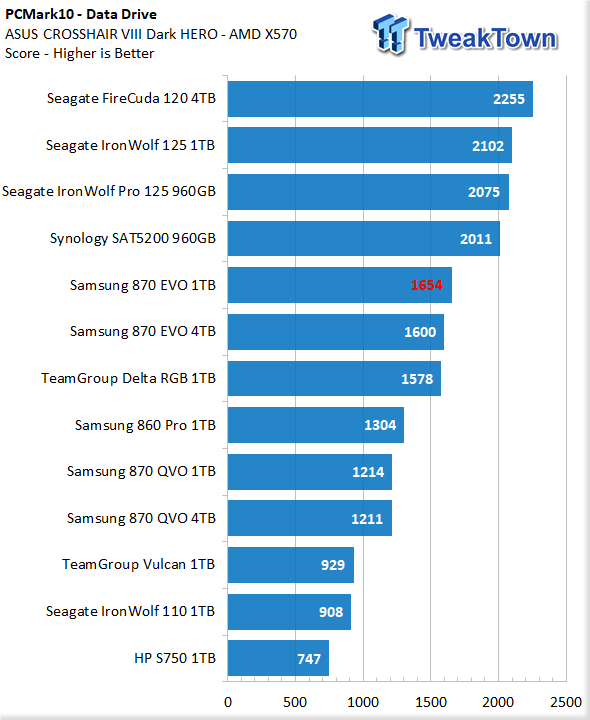 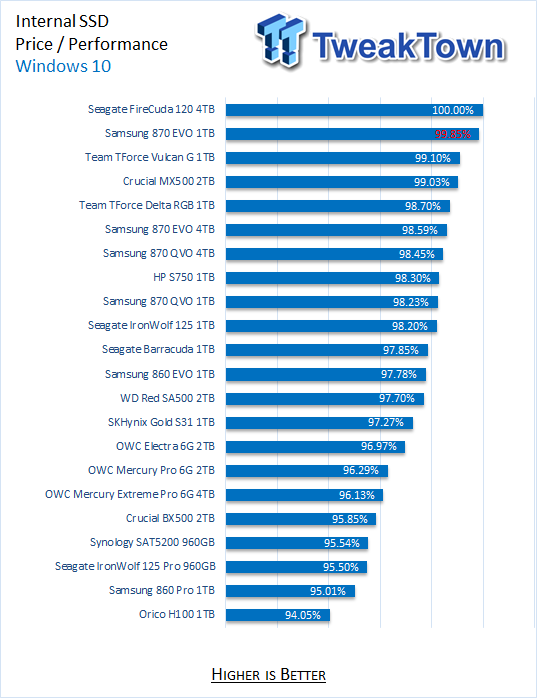 The 870 EVO is everything Samsung wanted it to be, delivering excellent performance in sequential and QD1 random workloads. The build is fantastic, and aesthetics have gone unchanged, meaning this drive will be instantly recognizable as a Samsung platform.

Performance in testing was as expected and seemed to pass marketing numbers ever so slightly. CDM showed 564 MB/s read and 535 MB/s write in sequential, and QD1 topped 49 MB/s read and 134 MB/s write. PCMark10 showed a top 5 drive in both the system drive and data drive test scenarios, and price/performance nearly had this drive taking top honors.

Overall, the 870 EVO platform gives consumers one of the best SATA SSDs available with a solid 5-year warranty at a welcomed price point.

Samsung delivers with the EVO, the 870 being one of the best SATA SSDs available on the market.