The WD SN550 basically takes all of the incentive away from other DRAMless solution producing a top performing drive at a budget price!
Buy at Amazon

Consumers looking to upgrade their machines from aging SATA technologies on a budget typically end up going for entry-level DRAMless solutions, normally powered by SMI controllers. We have seen many of these devices come through with the likes of the Biostar M700 or Silicon Power P34A60 having been tested.

While the WD Blue is firmly positioned as an entry-level solution, Western Digital broke from the mold, opting to design their own controller with a PCIe 3.0 x4 interface. This is a significant upgrade from past solutions like the SN500 that were limited by a two lanes setup.

Badgering WD for information on their controller didn't get us anywhere, but what we do know the SN550 is NVMe 1.4 compliant and likely a 4-channel design of the controller used in the WD Black SN750. WD tapped SanDisk for 96L BiCS4 3D NAND for this solution, while capacity options include 250GB, 500GB, and 1TB. 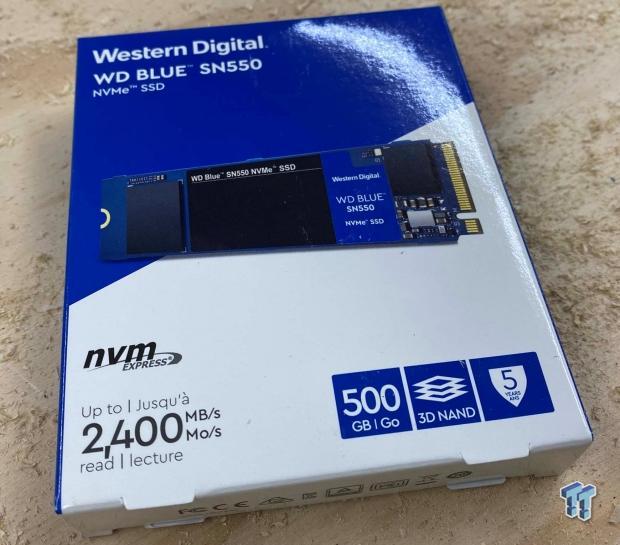 Packaging shares that WD Blue colorway with performance bottom left and capacity to the right.

The drive itself is single-sided, one NAND package to the far left the controller to the far right. 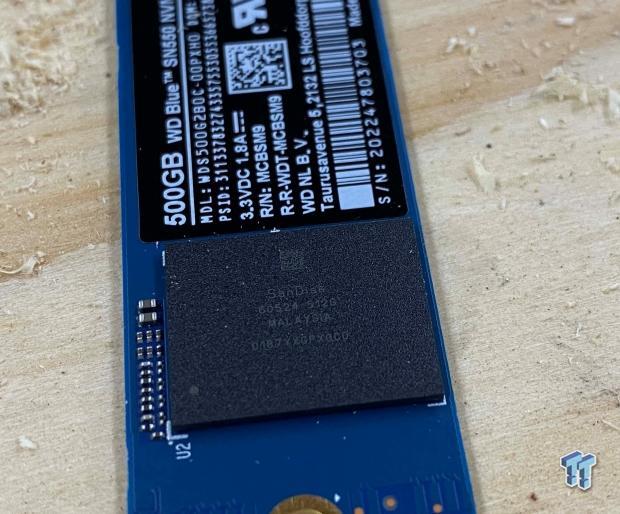 Above, we have a closer look at the BICS4 package from SanDisk. 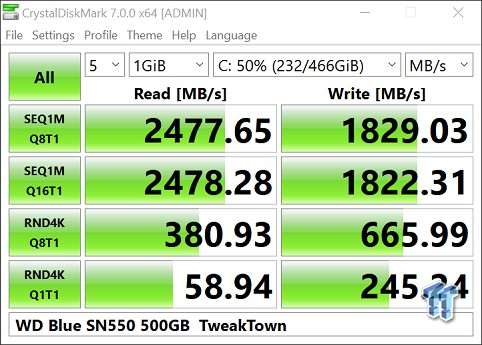 CDM is a staple in performance testing; version 7 has seen some updates in the workloads used for testing. Sequential performance tops out at 2477 MB/s read and 1829 MB/s write; a good bit over marketing numbers. 4KQ1 is quite good too, 58 MB/s read 245 MB/s write. 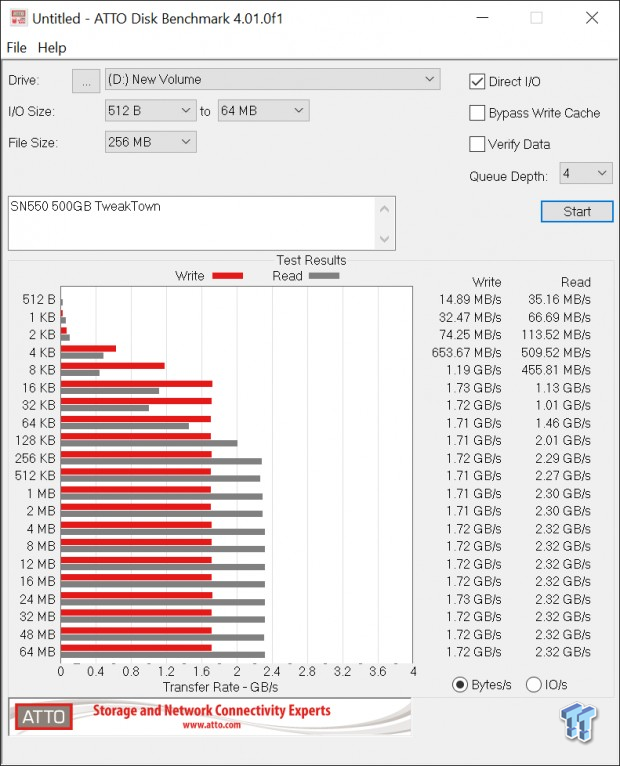 Even being a DRAMless design, the small SRAM layer in the controller can offer consistent performance for the SN550. Read performance peaks at 256K while write starts at 16K, both holding through 64M. 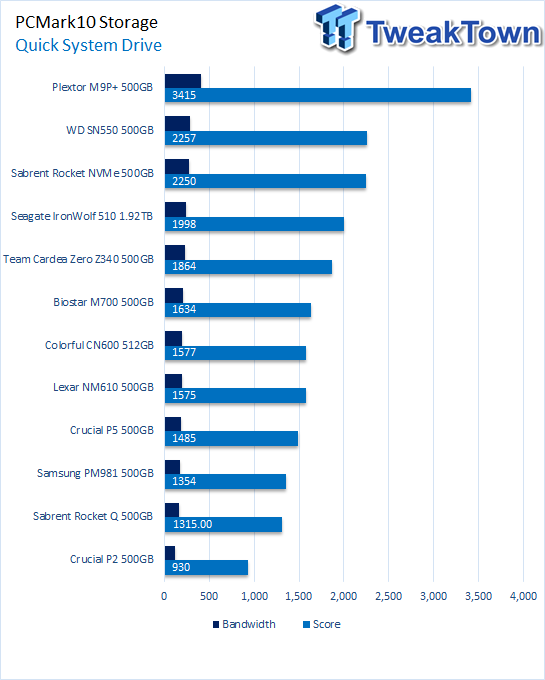 PCMark10 Quick System Drive showed solid performance from the SN550, scoring 2257 and taking the second spot in our charts. 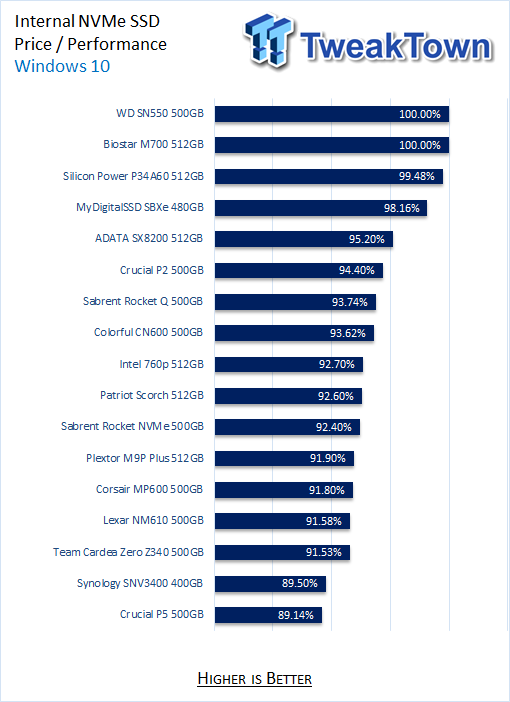 Price/Performance, too, was good for the SN550, actually taking the top spot away from the M700.

I've wanted to test the SN550 over the last few months because it's widely recognized as one of the best value drives in the market. That said, WD had no samples of the 500GB model in house, so with a new system build on the horizon, I purchased this drive myself, and a few days later, it arrived. Build quality is fantastic; the single-sided design will really lend well to notebook users with ultrathin designs.

The performance of this drive is fantastic, and we saw that in testing with CDM pushing past marketing numbers at ~2400 MB/s read and ~1800 MB/s write. ATTO showed the amazing consistency of the drive holding both read and write performance solid through 64M while PCMark System Drive put it to the test, and it came away second only to the MP9+.

Pricing is yet another win for WD. The SN550 carries an MSRP of $64.99 for the 500GB model, with several retailers going even cheaper at the time of writing.

The WD SN550 basically takes all of the incentive away from other DRAMless solution producing a top performing drive at a budget price!