We have had nearly every major release from ASUSTOR in the lab for testing over the past year or so and with those larger units out of the way it was time for ASUSTOR to address the mainstream enthusiast with a new platform, to do this they tapped Intel for its Gemini Lake refresh series.

Lockerstor 2 is this new platform, the entry-level solution in the ASUSTOR power user lineup. As mentioned, they tapped the latest Intel platform for the processor, coming out with the Celeron J4125, a four-core solution that offers a 2GHz base clock and 2.7GHz boost. The J4125 is paired with 4GB of DDR4 upgradable via SO-DIMM to 8GB and also equipped with HD600 graphics, which ASUSTOR has deployed with an HDMI out with 4K30 support.

Additional features include dual m.2 support for NVMe and AHCI SSDs, a first for a two-bay platform, and dual 2.5Gbe and three USB 3.0 ports to round out connectivity for this solution.

MSRP of the ASUSTOR Lockerstor 2 comes in at $399.99 with a three-year warranty. 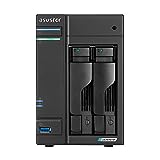 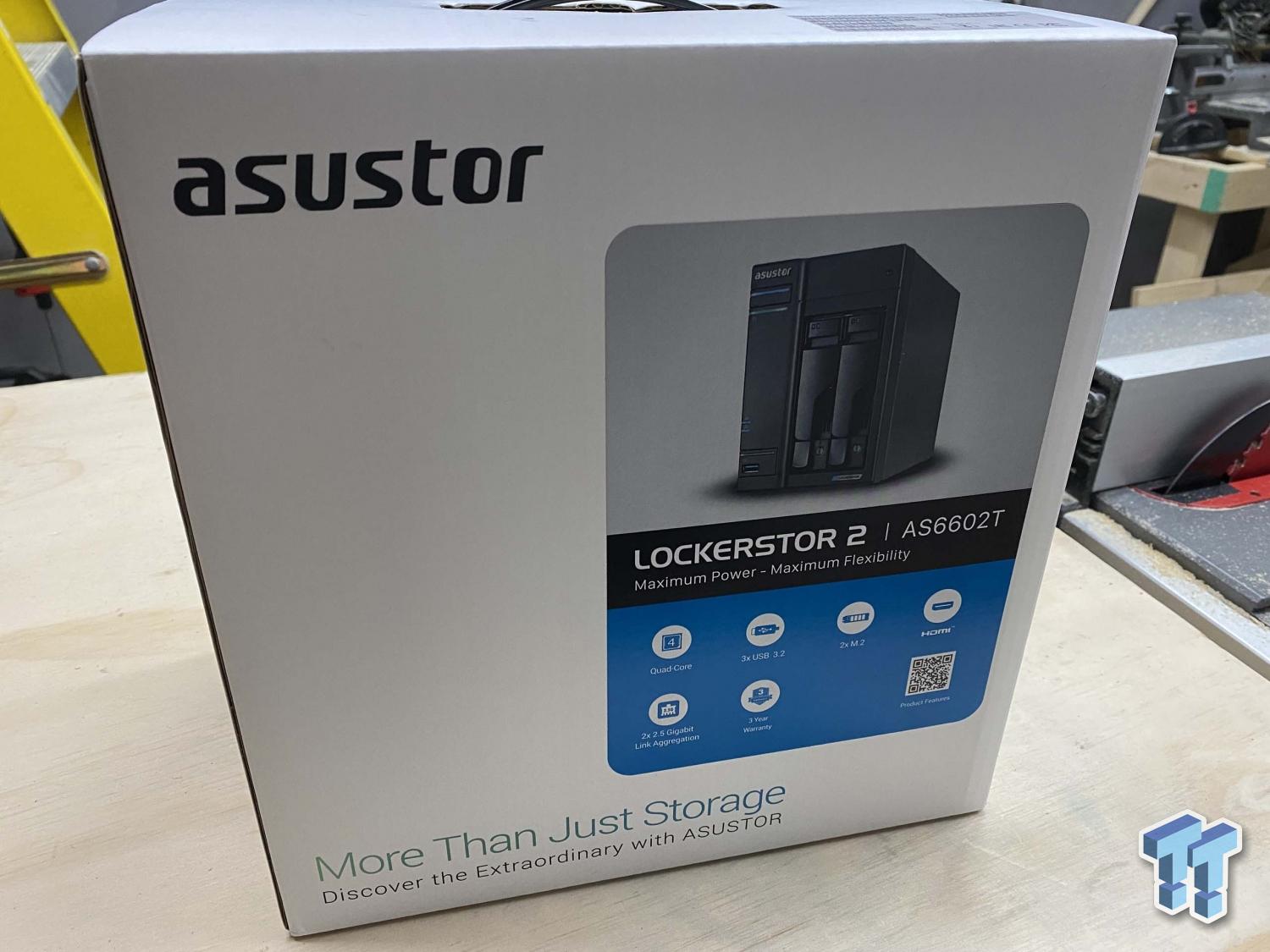 Packaging hasn't changed, we have the white box with supporting stickers carrying the NAS model and information. 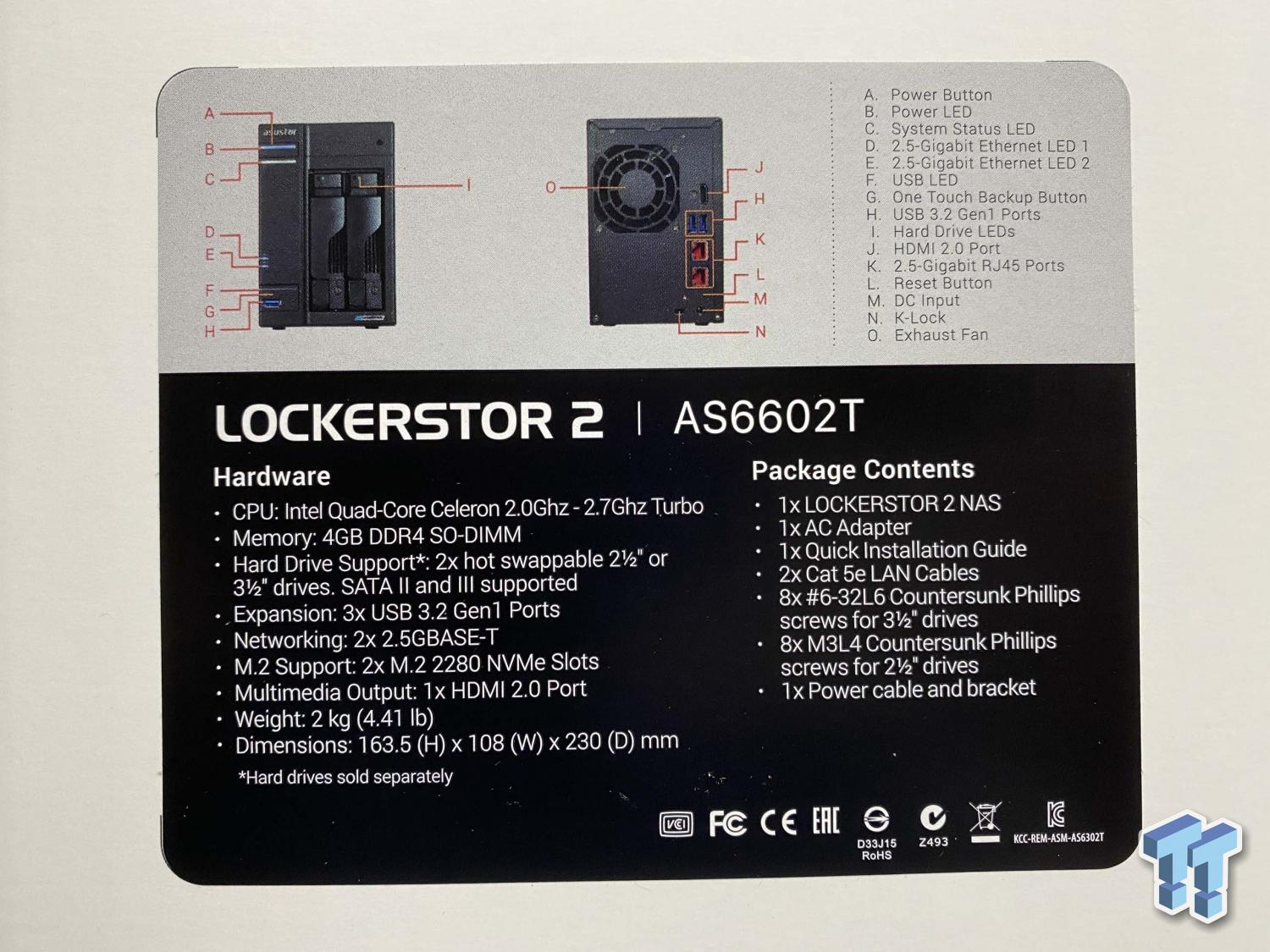 A closer look at the sticker reveals NAS specifications, including hardware and package contents. 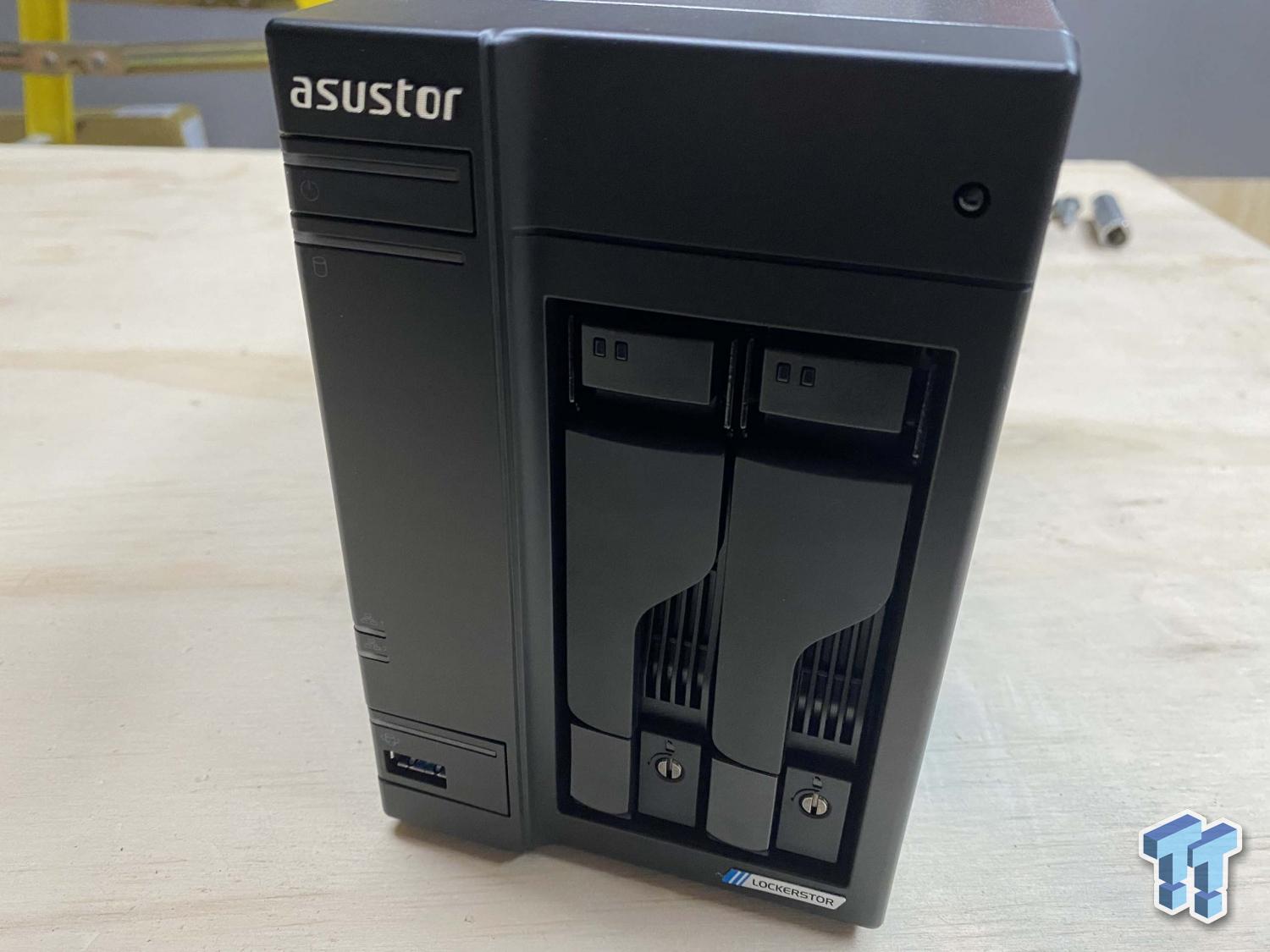 Looking at the Lockerstor 2, we have power up top to the left and one-touch backup at the bottom with the USB 3.0 port. To the right, the drive bays take up much of the real estate available with locking trays. 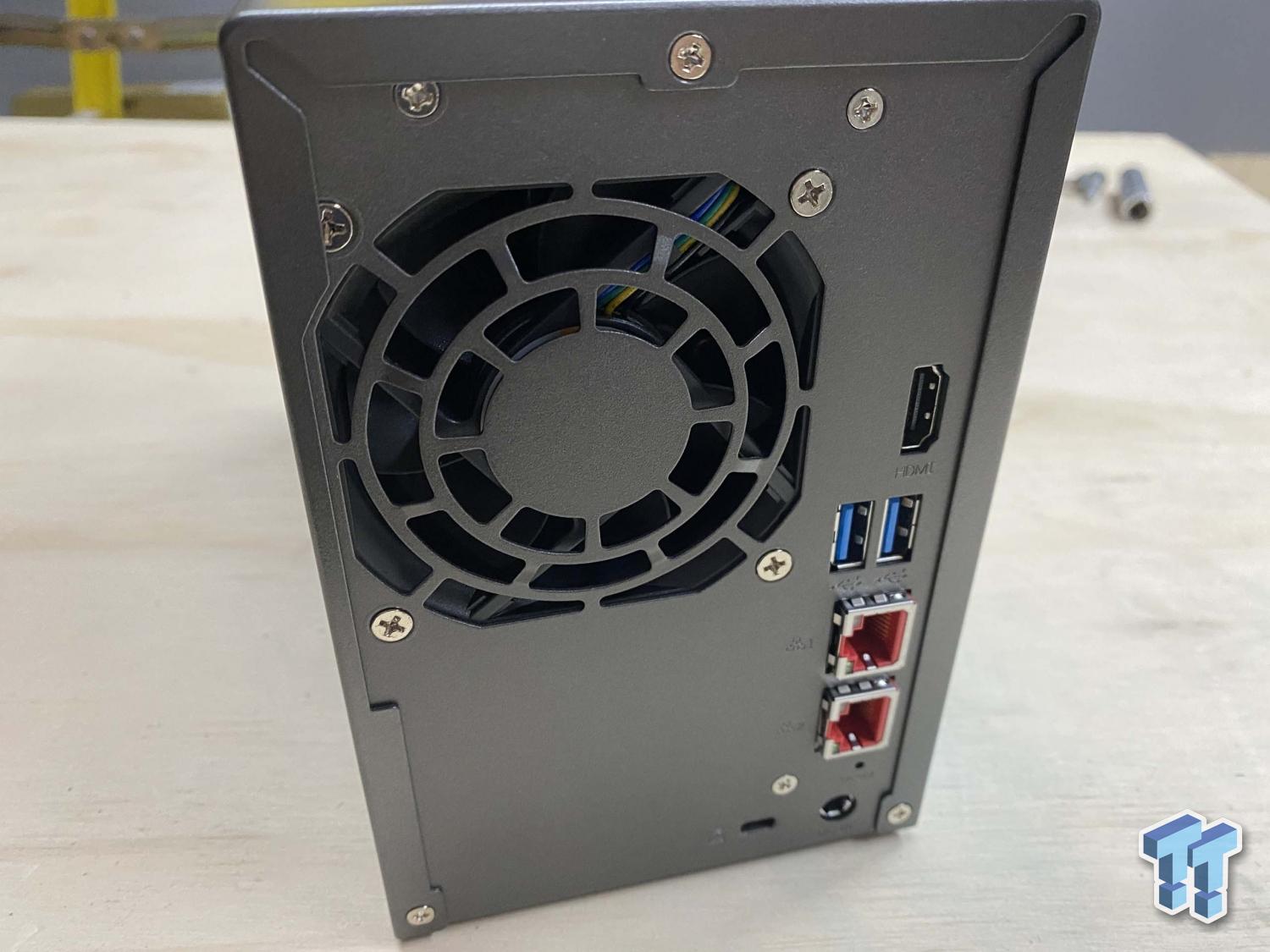 On the backside, we have HDMI at the top, followed by USB 3.0 and 2.5Gbe. At the bottom, we have power input and a Kensington lock. 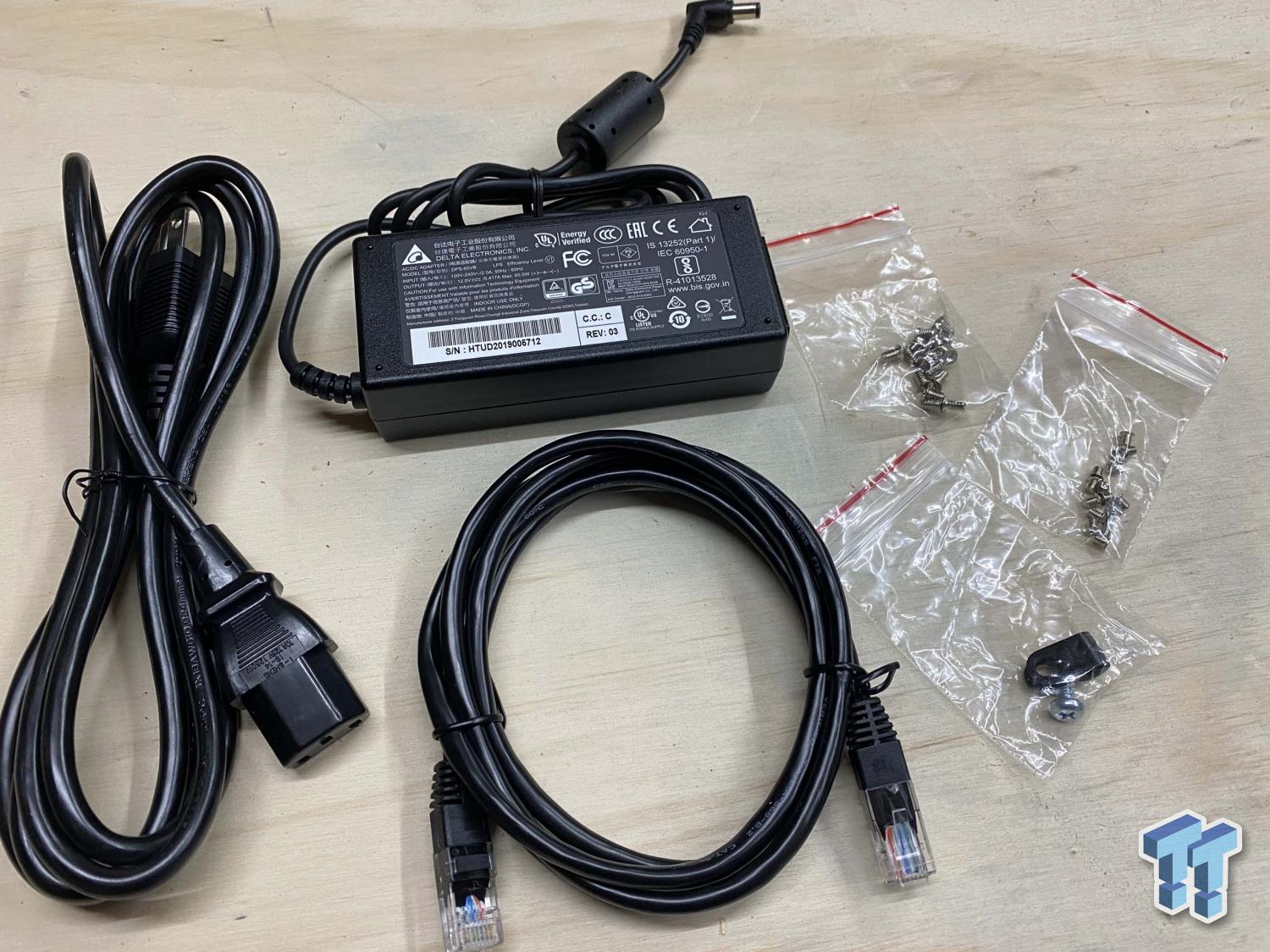 The Lockerstor 2 is supported by an accessory package that includes the power adapter, ethernet cables, and drive screws. 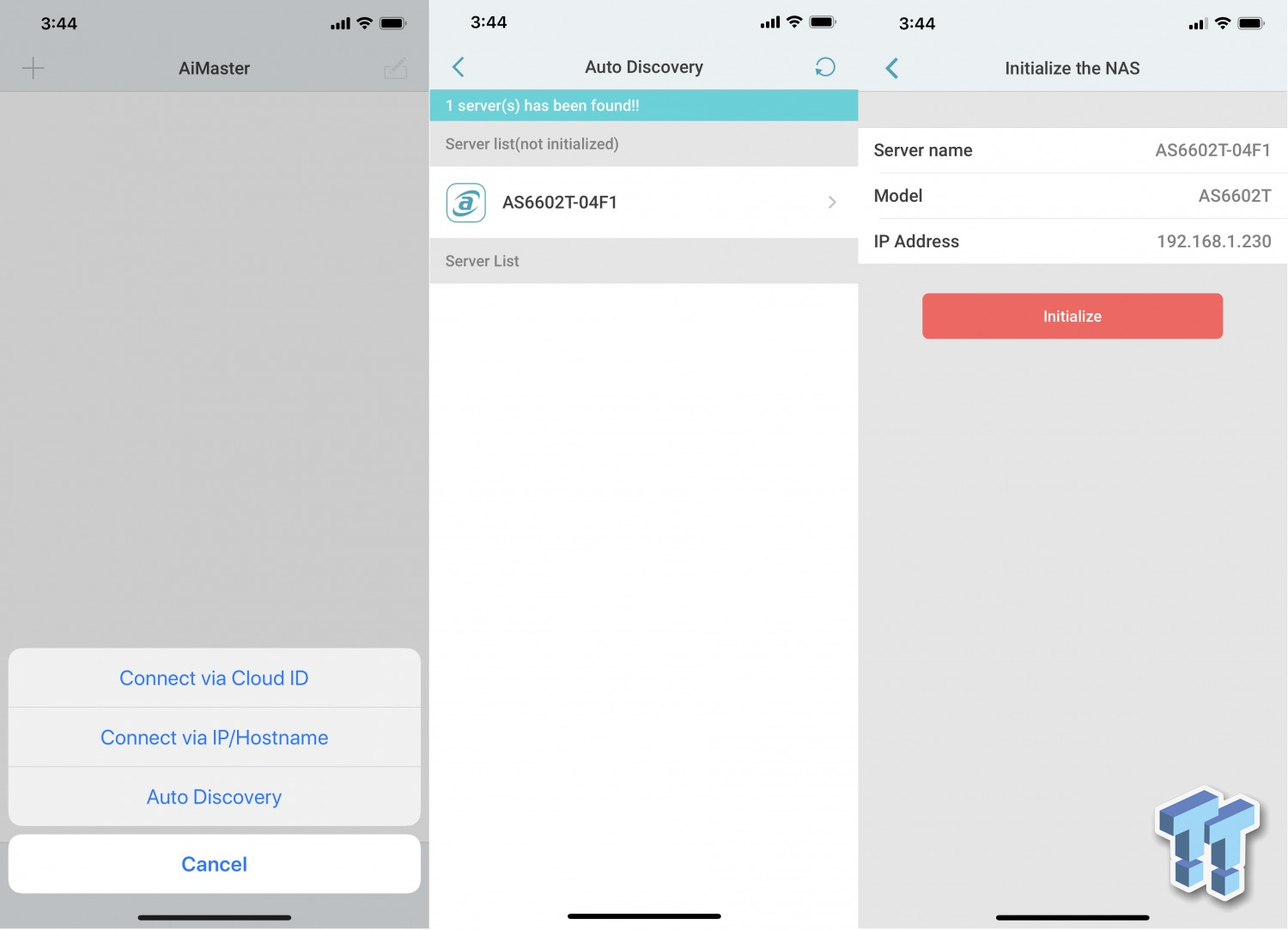 I decided to take a different route for setting up this time and use the AiMaster app, available on iOS and Android platforms. This allows setup with your mobile device with just a few steps seen above. 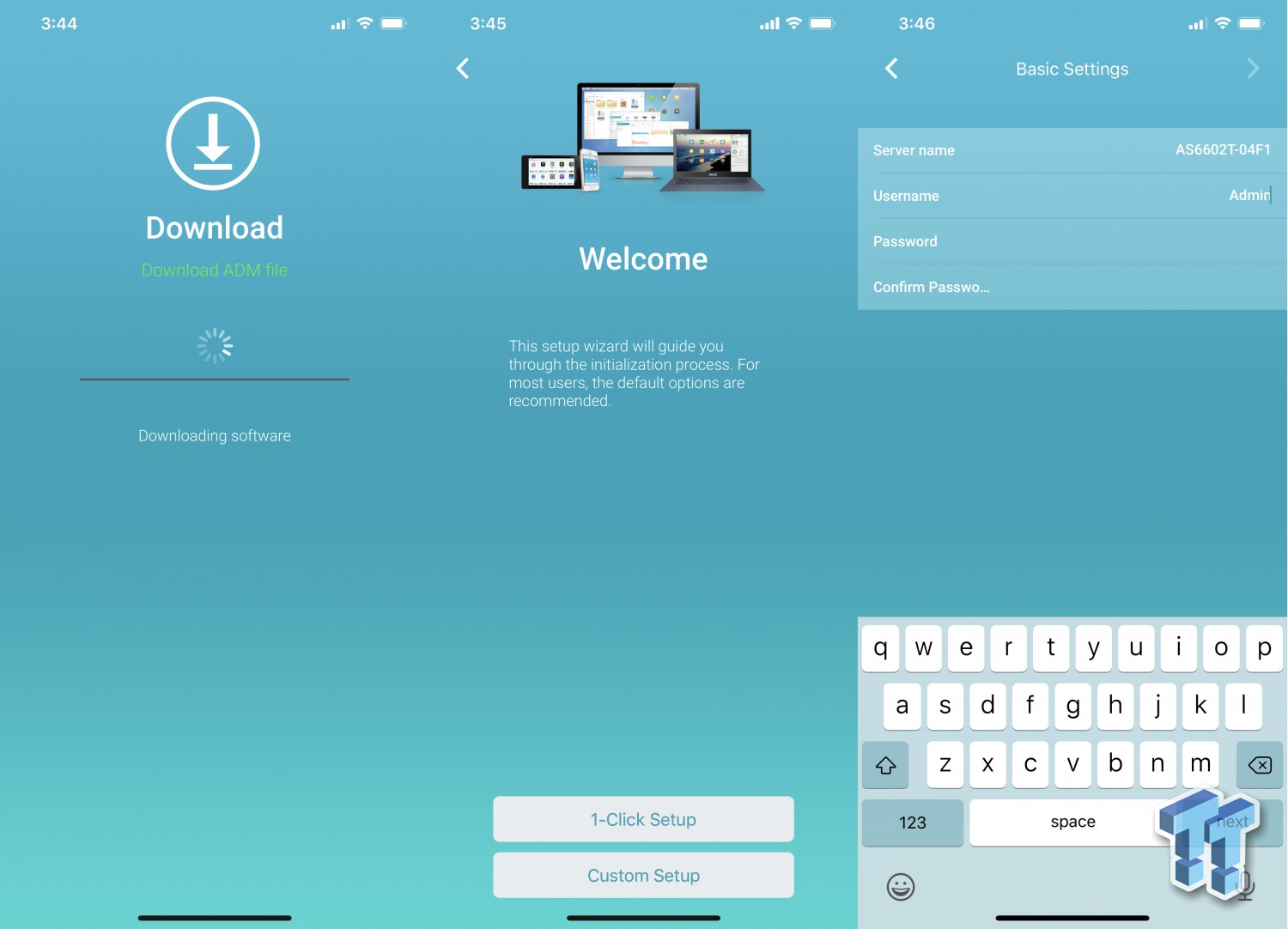 Like the typical PC setup method, the AiMaster app downloads the NAS's newest ADM file and then allows you to set up the NAS with server name and password. 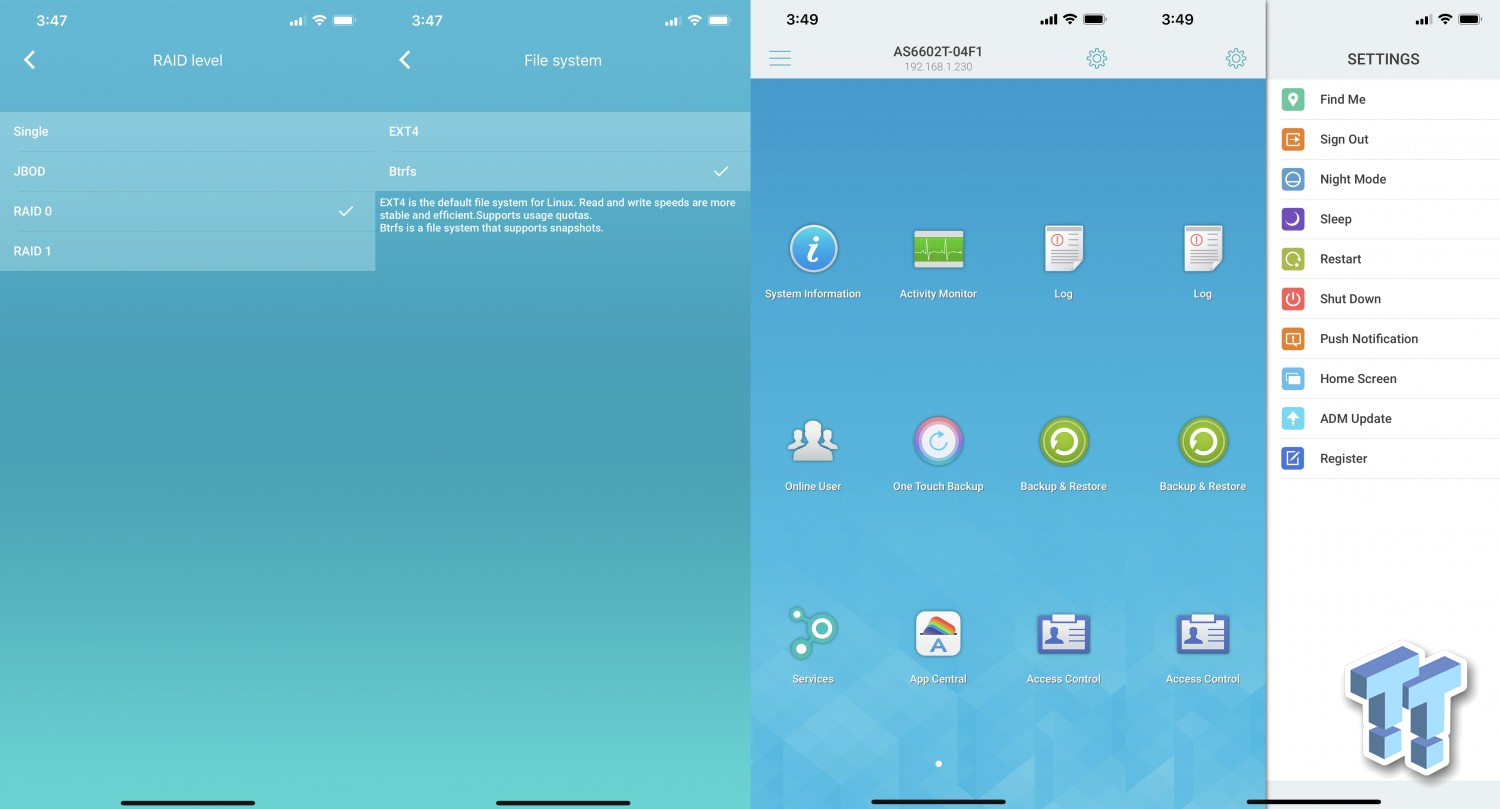 You can then choose RAID mode for the installed disks and filesystem between BTRFS and EXT4.

Once the setup is complete, you can move over to your PC and use the standard dashboard seen above. 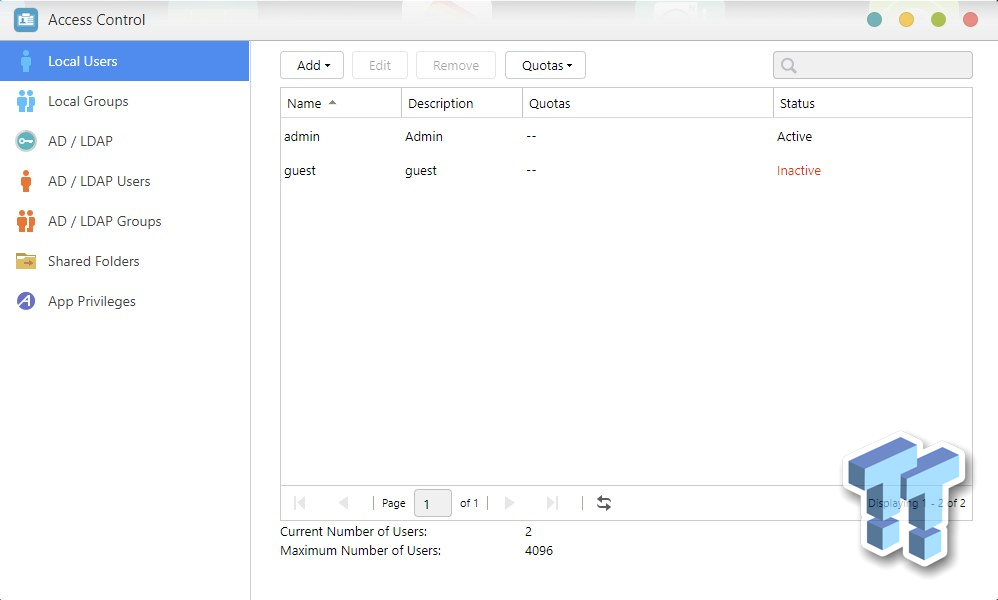 Exploring ADM, we stop at Access control, where you will create users and groups along with shared folders. 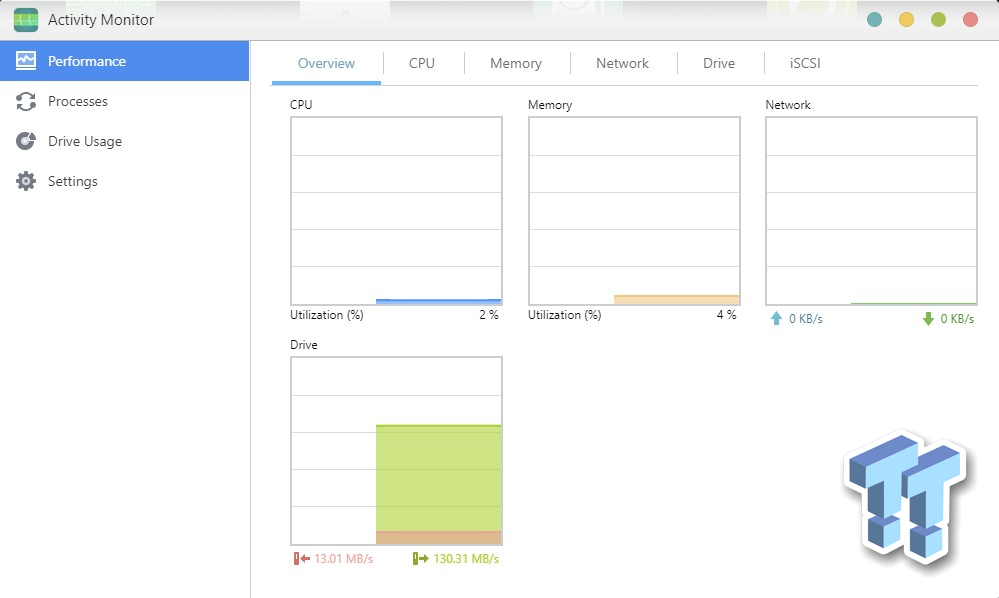 Activity Monitor allows you to look at system resources, including CPU, Memory, Disk, and Network usage.

The application list seen above is all of the ASUSTOR made solutions available on the Lockerstor 2. There are also 3rd party favorites like Plex etc. 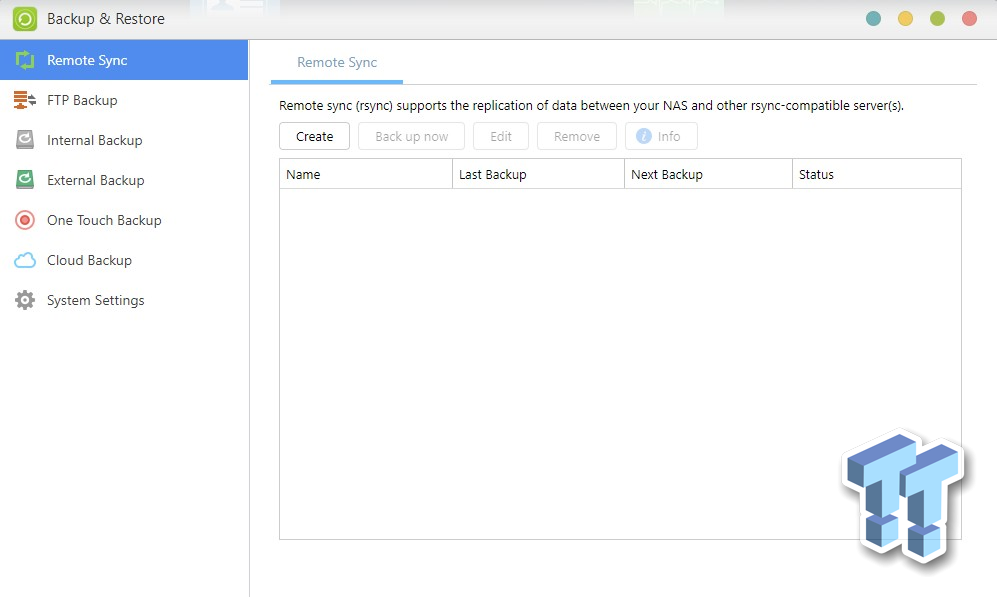 Backup and Restore has options for Remote Sync and FTP Backup. You can also set up both internal and external backup schedules and even cloud solutions. 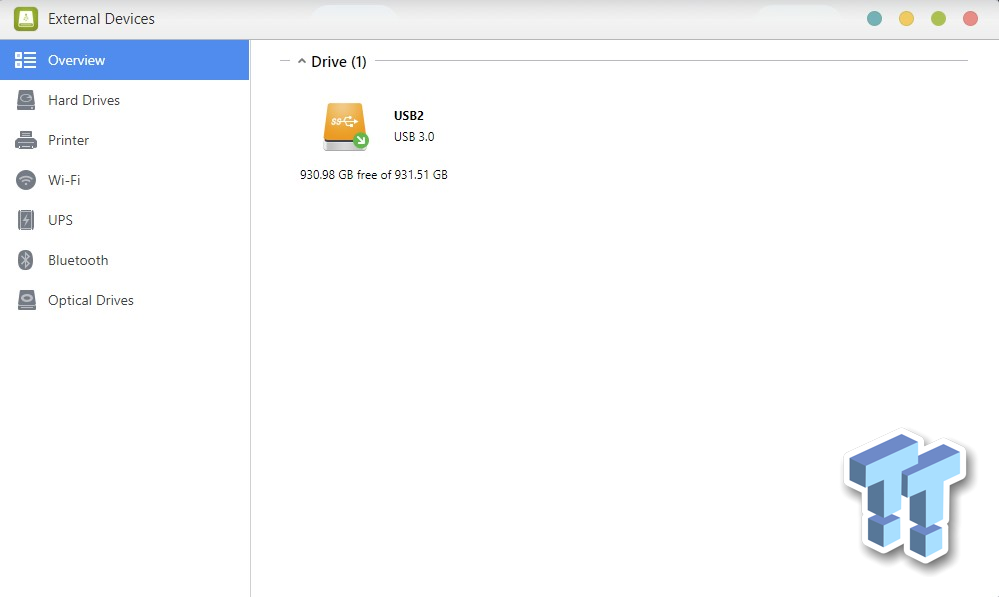 External Devices will show you any device you have connected to the USB 3.0 ports. Options include storage, both SSD + HDD, and Optical, along with UPS, Printers, and Wi-Fi dongles. 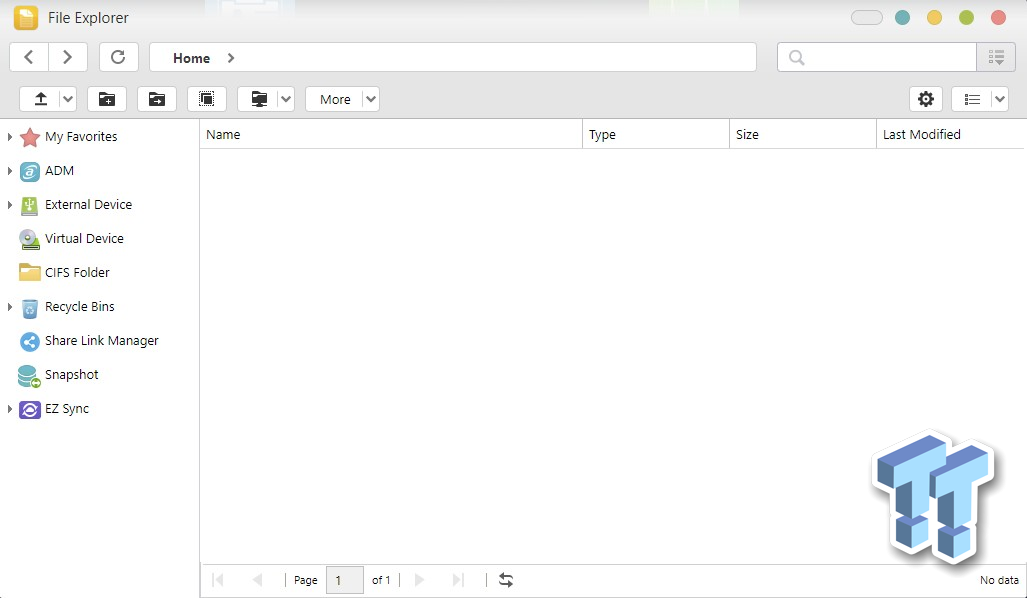 File Explorer is your average file manager allowing you to see devices and file by category. 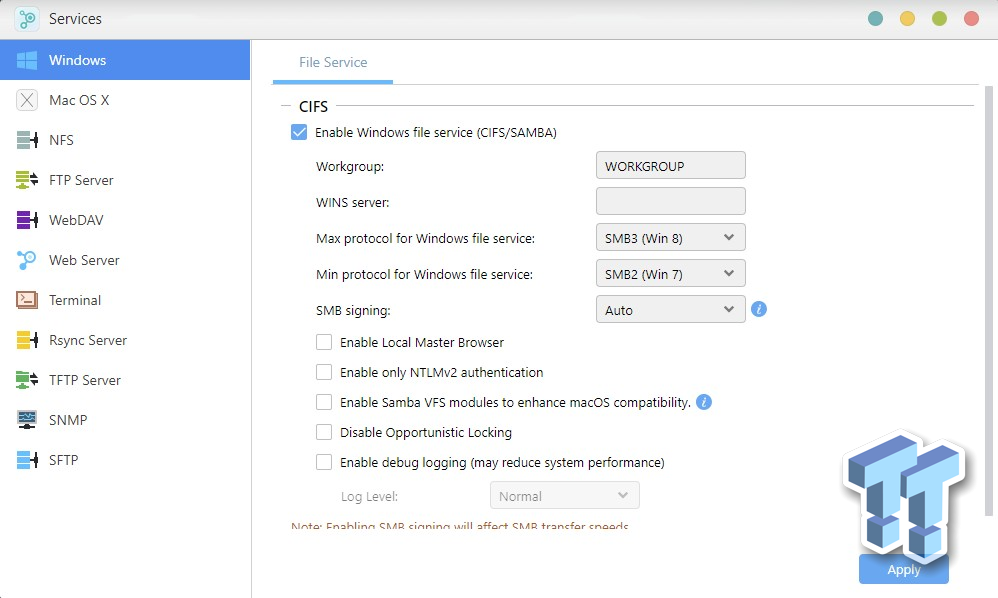 Services include Windows, macOS, and Linux NFS options along with Web Server, Terminal, and Rsync for connecting multiple NAS. 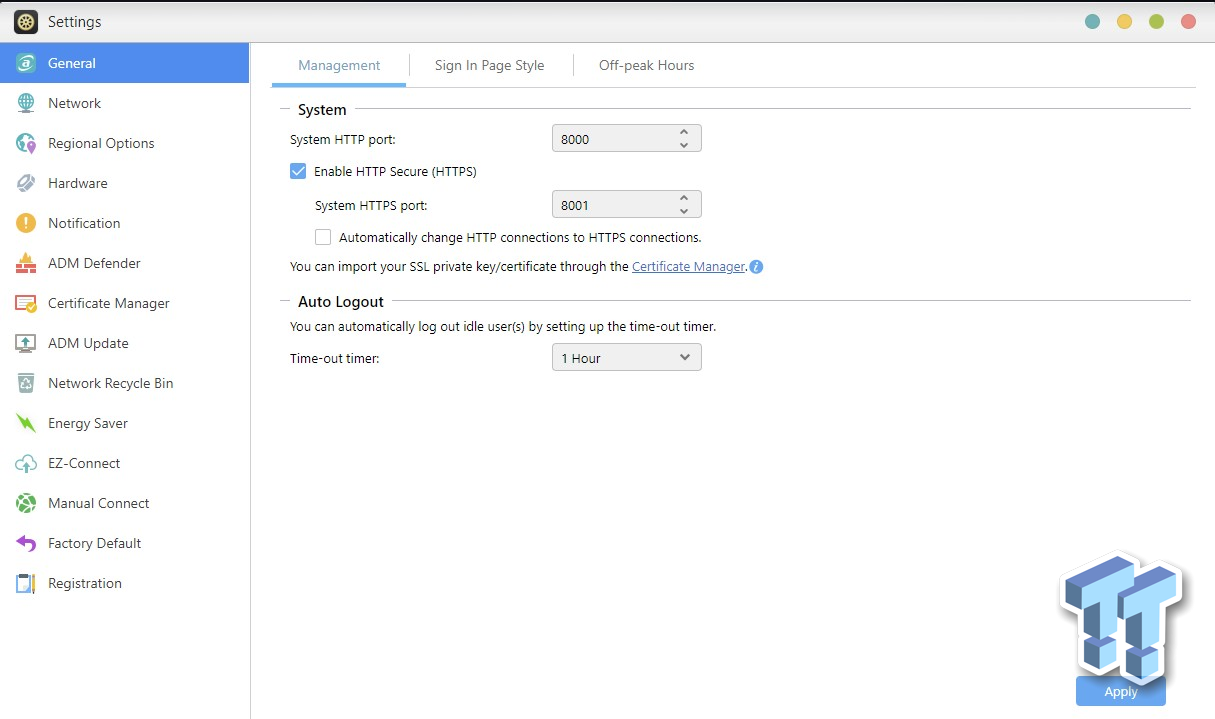 Power management, network, and hardware options can be found in the Settings. 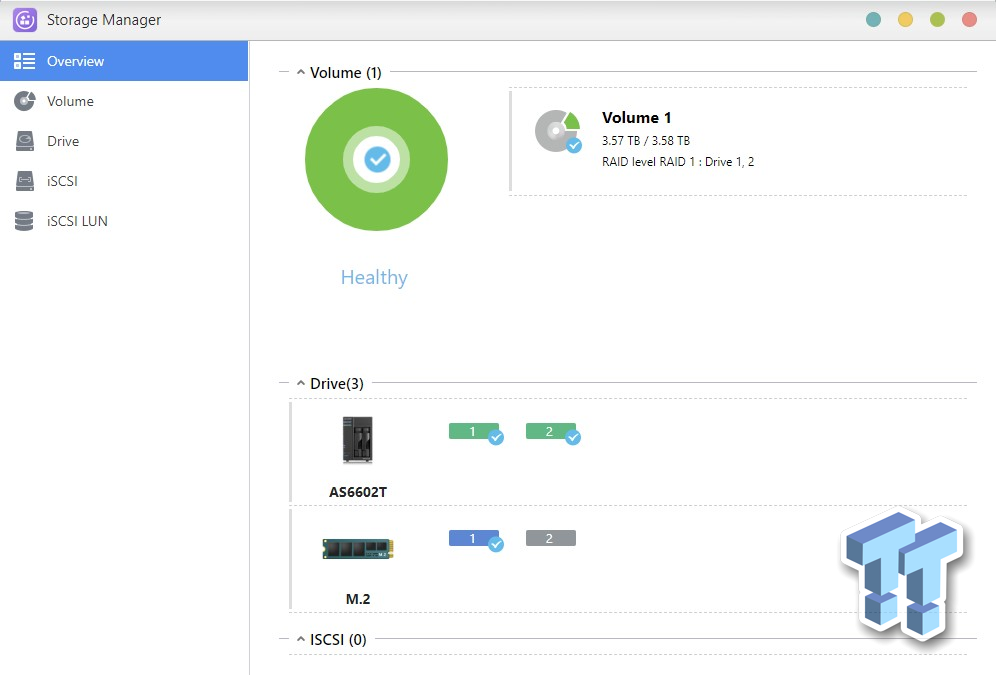 Storage Manager offers an overview of your connected drives and a volume manager that includes support for IronWolf Health Manager and SSD Cache.

I started testing by mapping a drive from the Lockerstor 2 to our test system. This allowed me to run CDM to get an idea of the 2.5Gbe Sequential performance. As seen above, RAID 0 produces 273 MB/s read, and 252 Mb/s write and 762 reads and 1853 write IOPS. Adding the cached results, we used the Synology SNV3400 NVMe SSD to reach 1365 read IOPS, followed by 1842 write IOPS, effectively doubling the 4K read performance of the NAS.

With RAID 1, performance is similar to the Lockerstor 2, offering 270 MB/s read and 232 MB/s write for Sequential. 4K performance sits at 779 IOPS read without cache, and 711 read IOPS with cache enabled.

We stuck to RAID 0 for testing Single Client and Workload performance but were lucky enough to have resulted from past ASUSTOR platforms for comparison.

Single Client for the Lockerstor 2, dark blue in the charts, hangs right with the larger platforms through Playback, Record, and File copy operations.

Sequential performance comparison puts the Lockerstor 2 up against the rest of the Lockerstor and Nimbustor appliances we have tested with 2.5Gbe. As you can see, it holds it's own hitting the limits of the interface at 270 MB/s read, and 250 MB/s write.

When it comes to NAS, only two vendors are pushing the market forward, and for the longest time, ASUSTOR has been one of them. With the inclusion of Dual m.2 and 2.5Gbe into their entry-level mid-range platform, consumers and businesses alike have an affordable option for deploying multi-gigabit technology into their home or office. This is a welcomed addition for companies where multi-user environments push NAS appliances to their limit.

Build quality of the Lockerstor 2 sticks to the time-tested reliability we have come to know from ASUSTOR. A metal chassis underneath offers a robust platform for 3.5" drives while plastics offer aesthetics and room for LEDs to shine.

Performance of the Lockerstor 2 was quite good; we found 273 MB/s read to be the cap of our single 2.5Gbe connection while 250 MB/s write was the peak on that side. Single Client offered insight into the Lockerstor 2 hardware, and its performance was able to stick with much more powerful platforms, including the Lockerstor 8 and 10 Pro. As for Workload testing, the Lockerstor 2 excelled in Database operation at a touch over 6K IOPS while Filer Server came in at 4K IOPS and Email and Workstation hovered just above 1200 IOPS.

Pricing at $399.99 MSRP puts the Lockerstor 2, $100 higher than the Nimbustor 2, that also offers 2.5Gbe. Apart from that, the TS-253D from Qnap is the nearest competition for the Lockerstor 2, and you'll be paying $70 more for that ecosystem.

The Lockerstor 2 takes the market head on, bringing m.2 NVMe and dual 2.5GBe to the two-bay market at an attractive price point!