The LinkStation lineup is Buffalo's budget friendly turn-key platform for creative professionals and prosumers offering a centralized data platform for sharing across the home or office and multiple devices. Their latest solution is the LinkStation SOHO and today we have it in house.

Starting from the top, the LinkStation SOHO shares the same form factor and enclosure with the 200 series. Going further, hardware between platforms has seemingly stayed the same well with the new SOHO using a dual-issue ARM @ 800MHz and 256MB of DDR3.For connectivity we have a single gigabit ethernet port, USB 2.0 and SATAII internally to the backplane. Drives are included with this platform and are dependent on model, Buffalo offers a 4TB and 8TB option.

Compatibility for the LinkStation SOHO includes Windows XP through 10 along with macOS 10.10+. MSRP of the 4TB Two-Bay LinkStation SOHO comes in at $279.99 with a two-year warranty and includes three-years of 24/7 support along with data recovery services something Buffalo has won the ARC award for three years running. 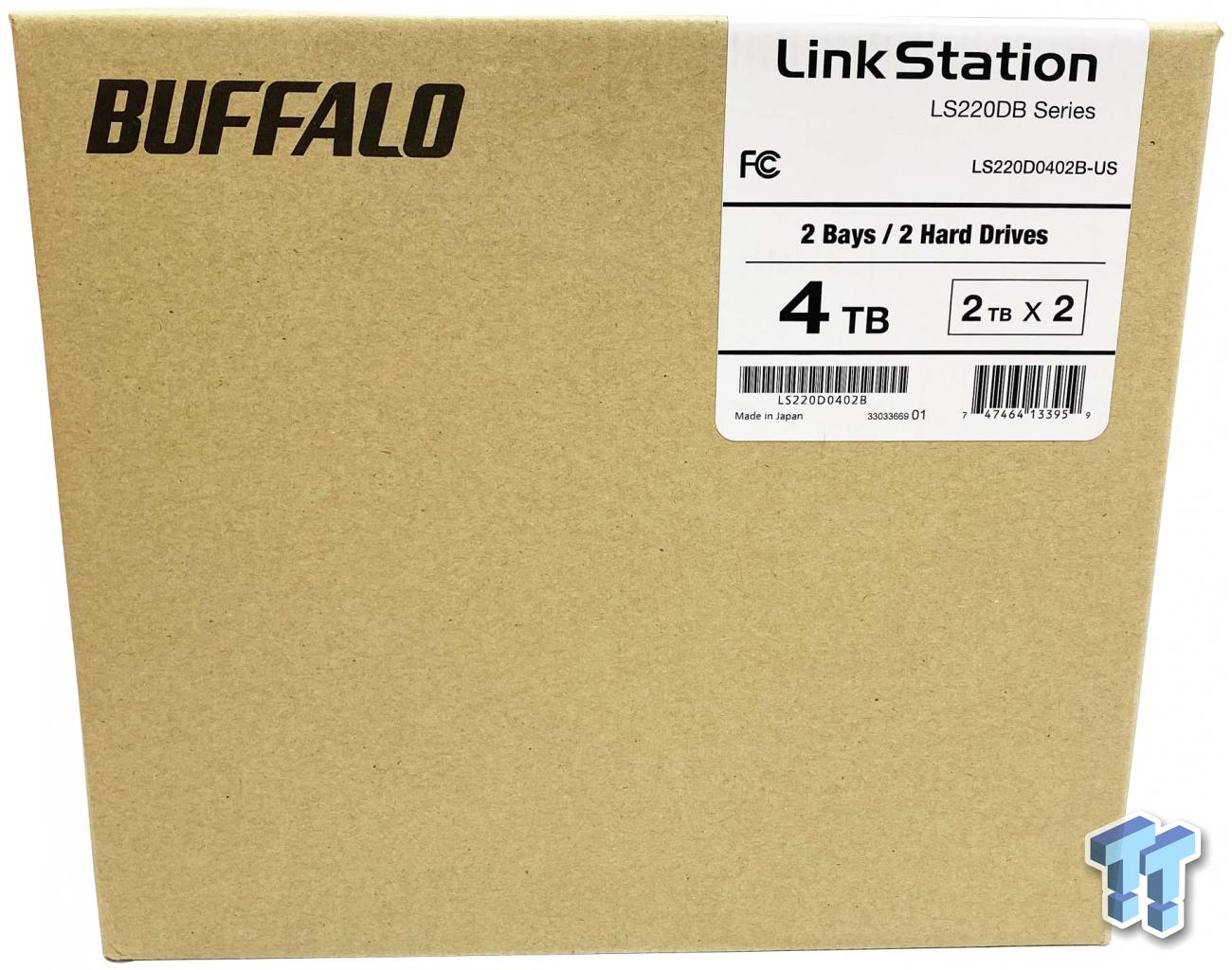 At the top right of the box we have a sticker with model and capacity listed with the drive configuration. For our model this includes a 2TB x 2 setup.

Unboxing, we have the power adapter, reading materials and ethernet cable. 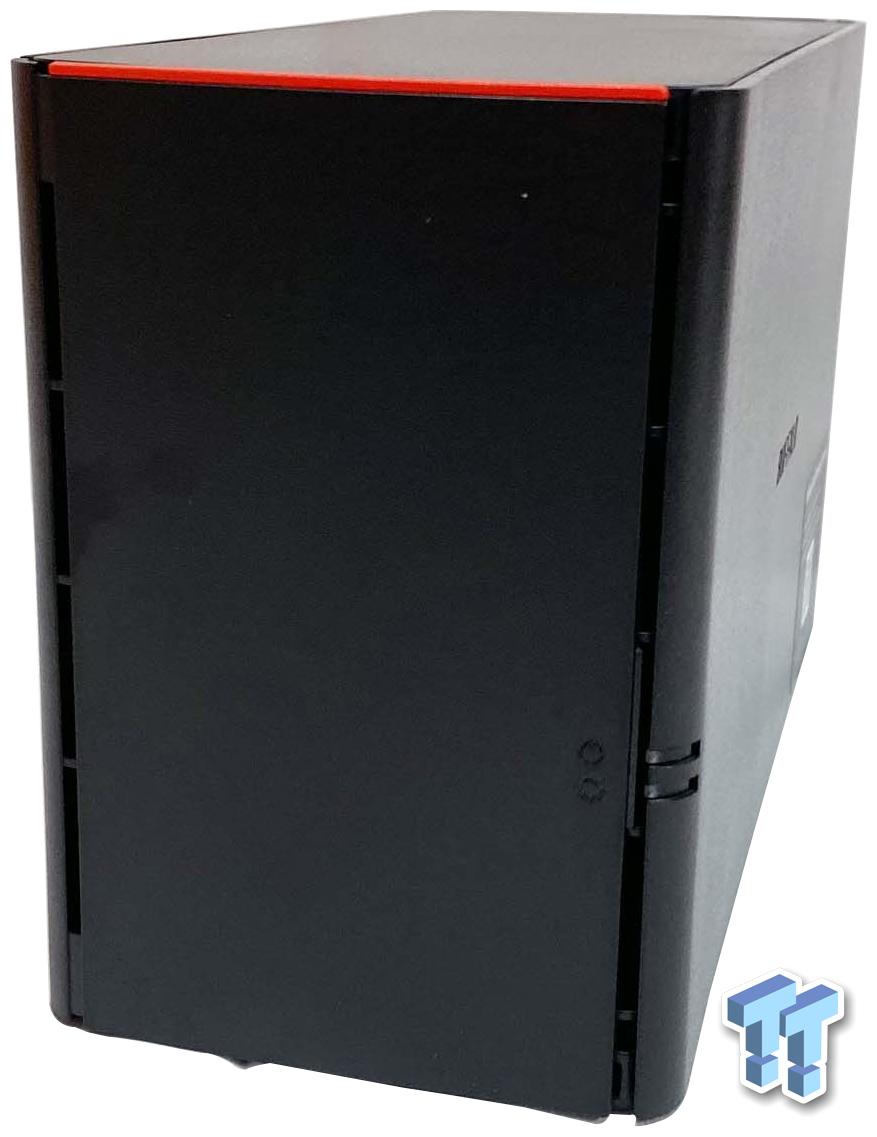 As mentioned, the SOHO follows on the heels of the LinkStation 200 series, thus the same enclosure and design. That said the front offers both a door to remove the drives and ventilation on each side. The right offers two LEDs; one for power and another for HDD activity. 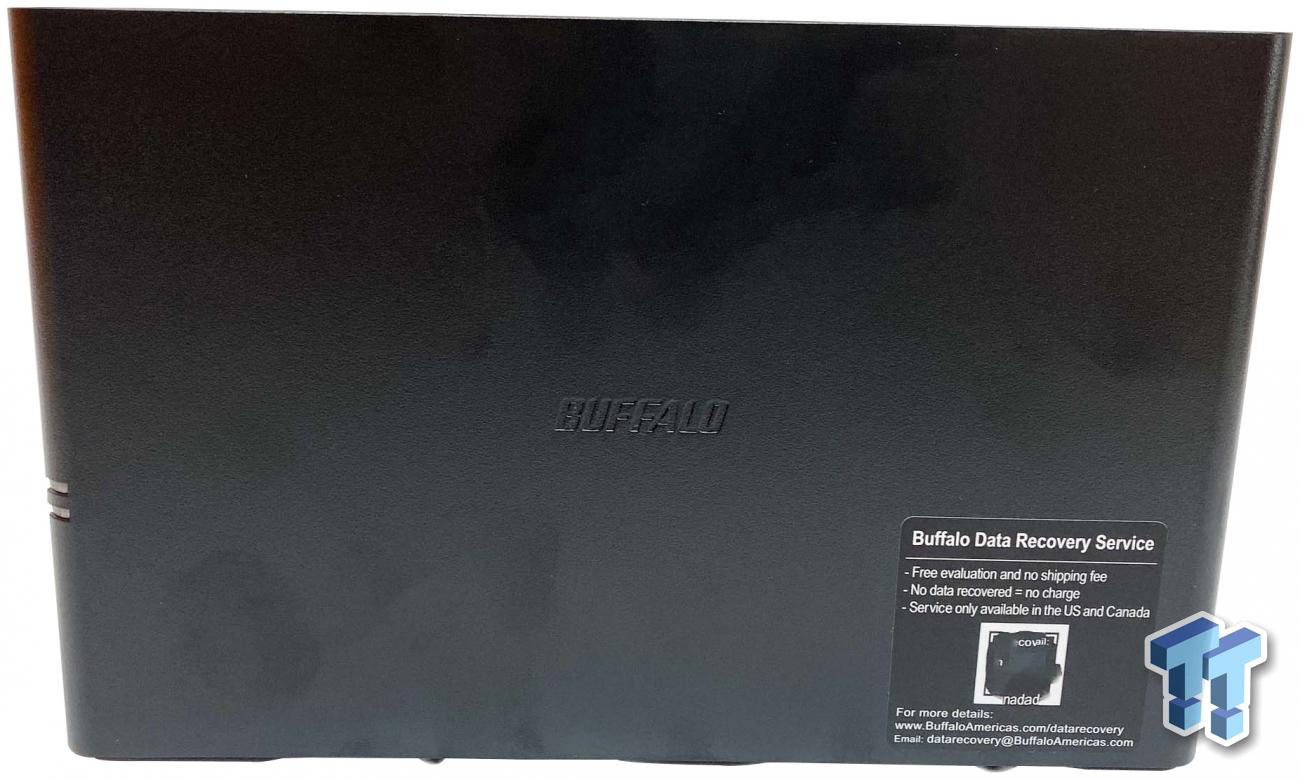 Buffalo offers data recovery services for its NAS appliances, information is made available via the QR Code on the side of the unit. 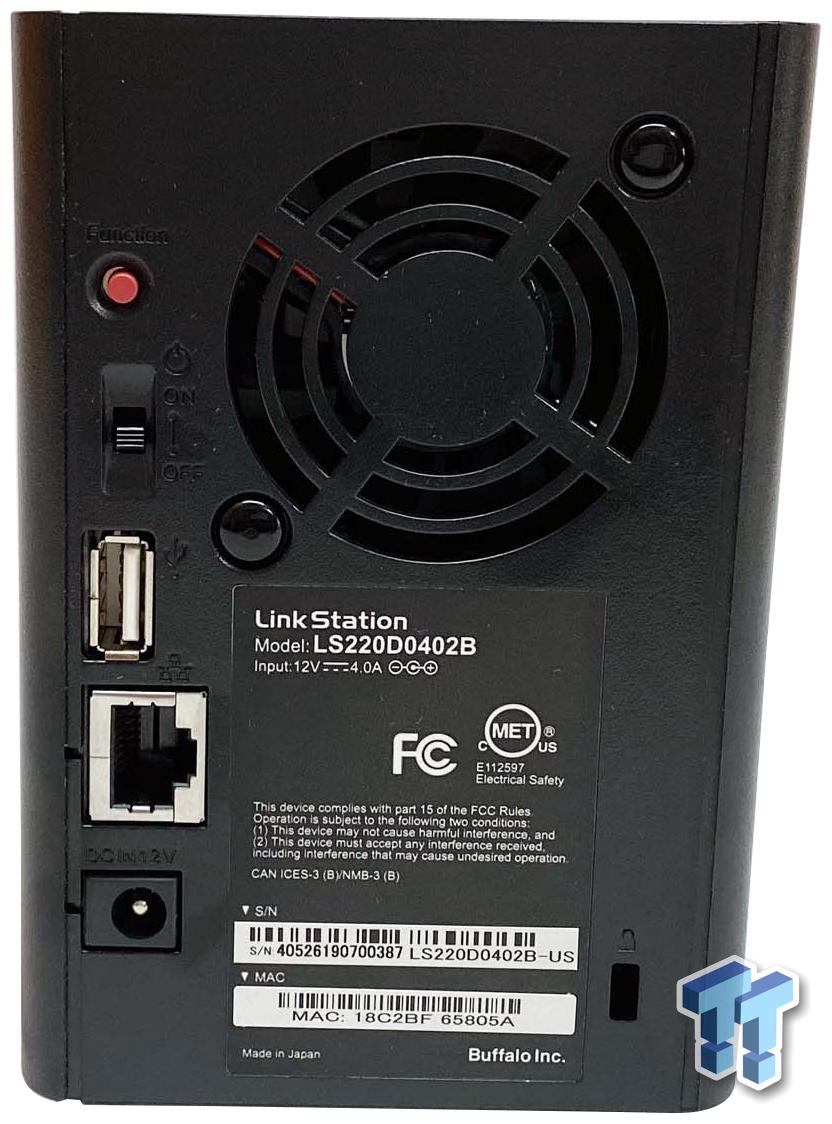 On the backside, we have a small cooling fan at the top with the I/O to the left. Over here we have reset and power along with USB and gigabit ethernet. 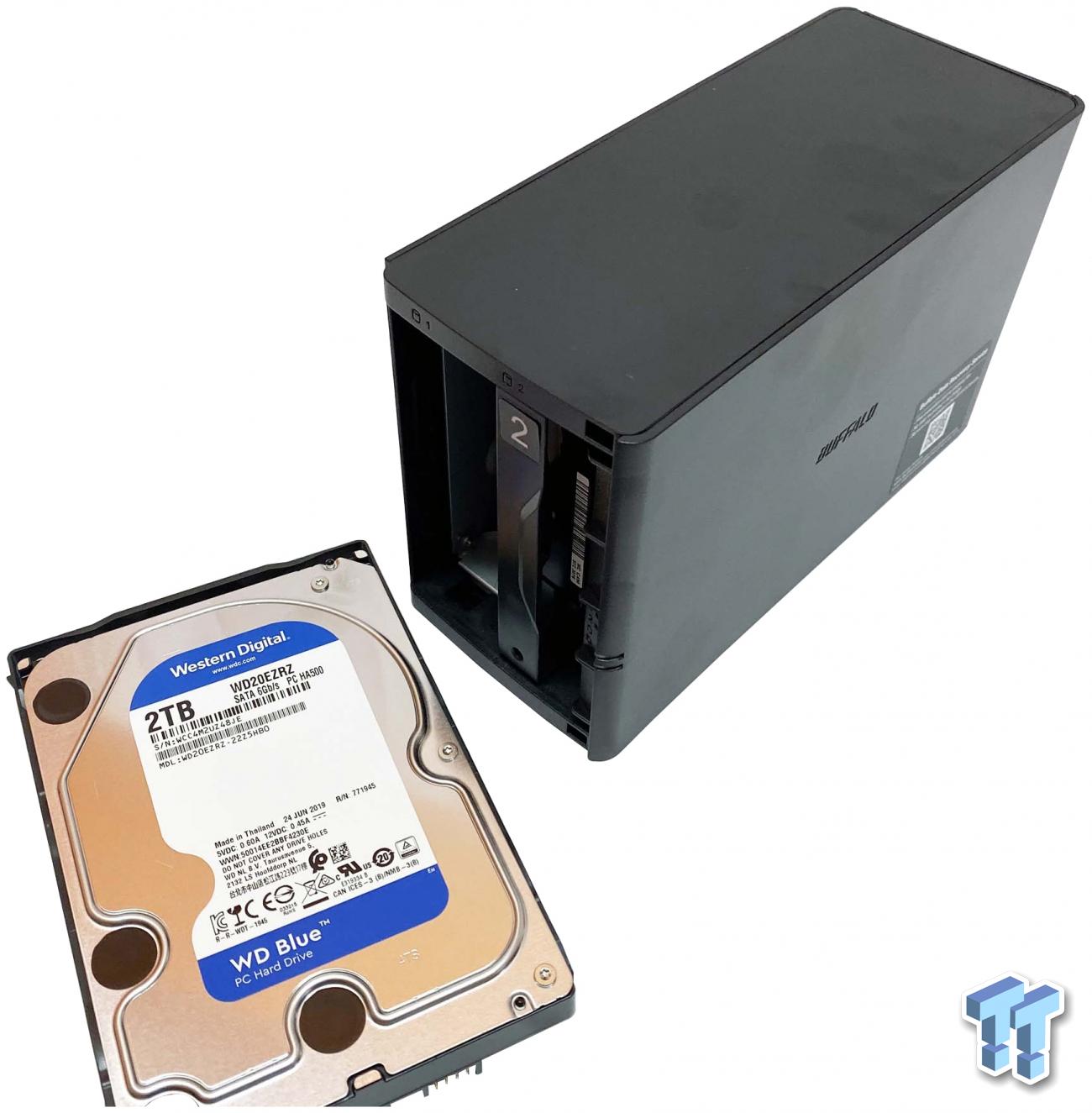 Drives included in the SOHO are WD Blue 2TB. 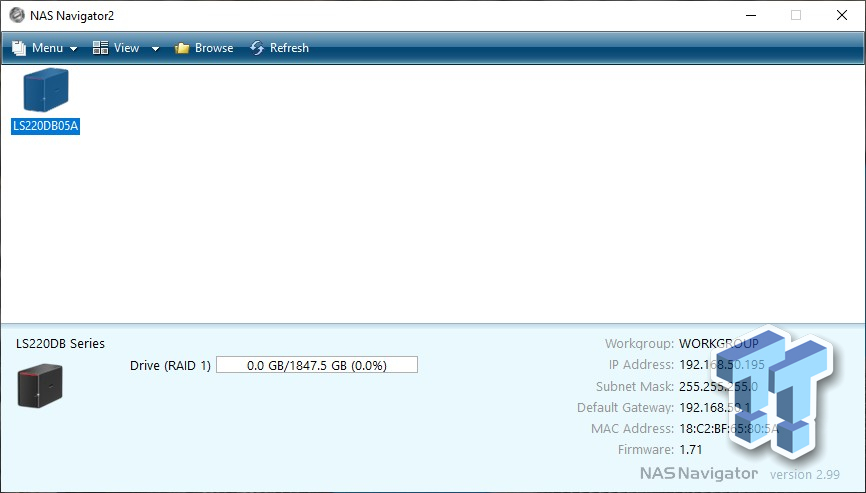 Setup of the SOHO starts with NAS Navigator. 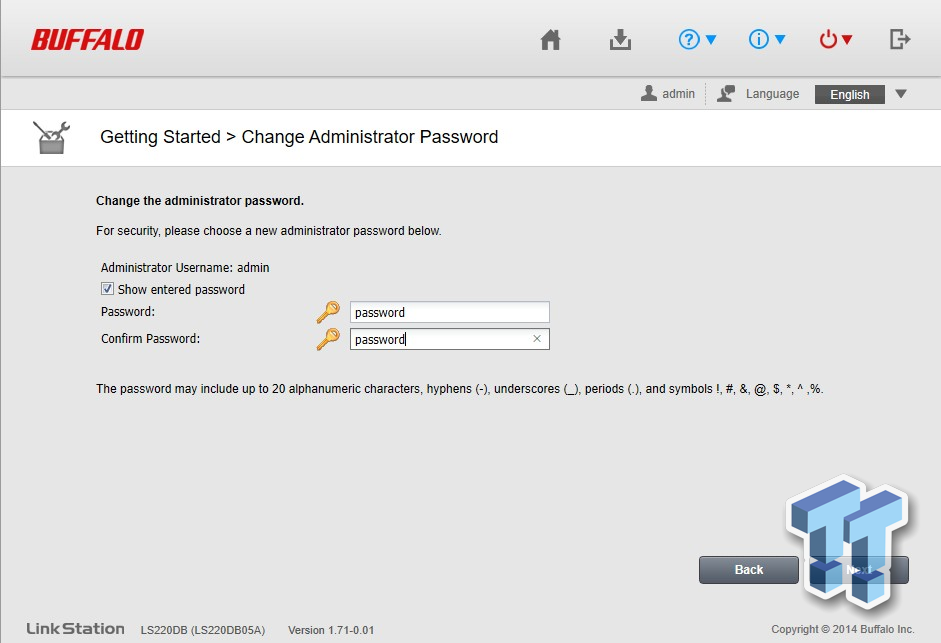 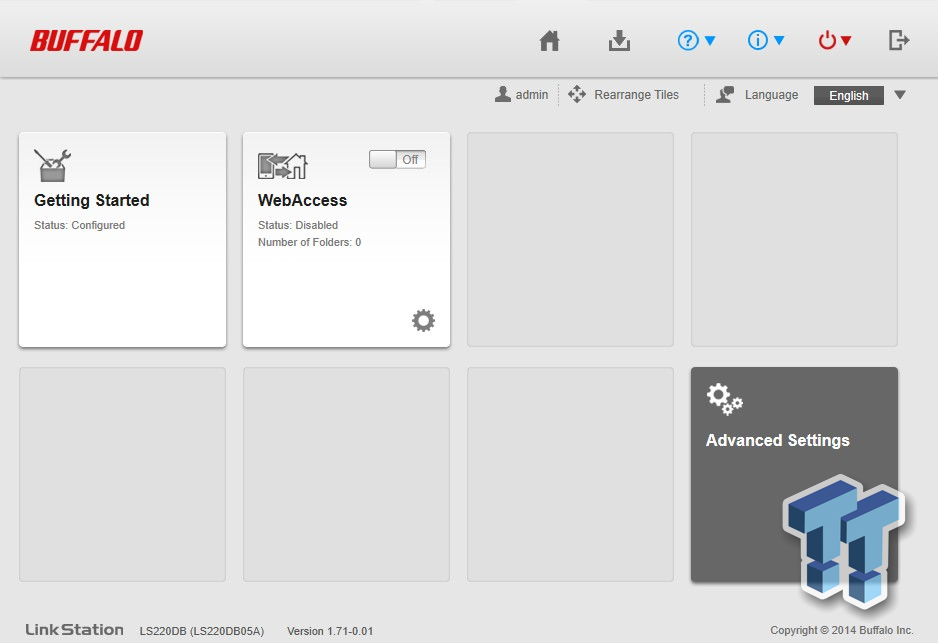 Once setup is complete, we land in Buffalo's tiled interface with a more advanced option to the right. 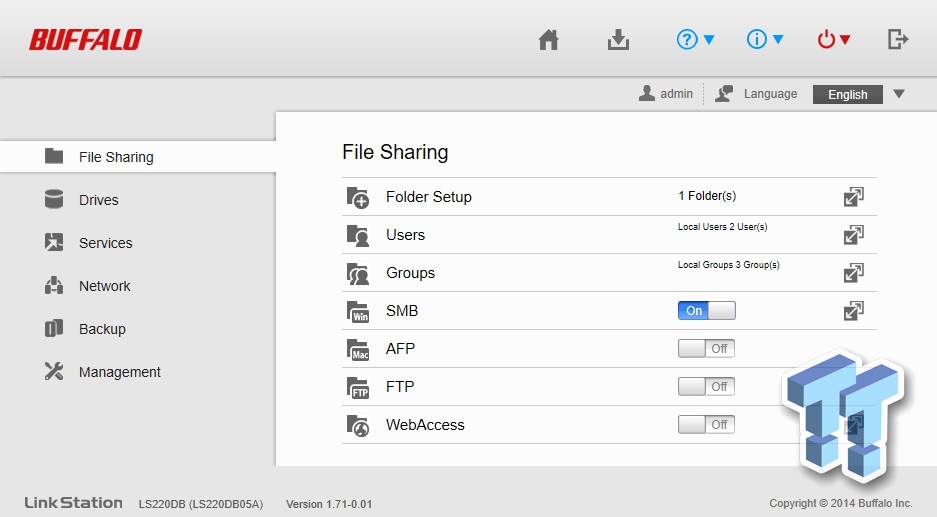 Into the Advanced menu, we find a sidebar with several options. We start with File sharing which includes folder creation, users and groups. The option for AFP, SMB and FTP services is available here as well.

The drives menu covers internal and USB attached along with RAID setup.

Backup options include Time Machine and direct copy over USB. 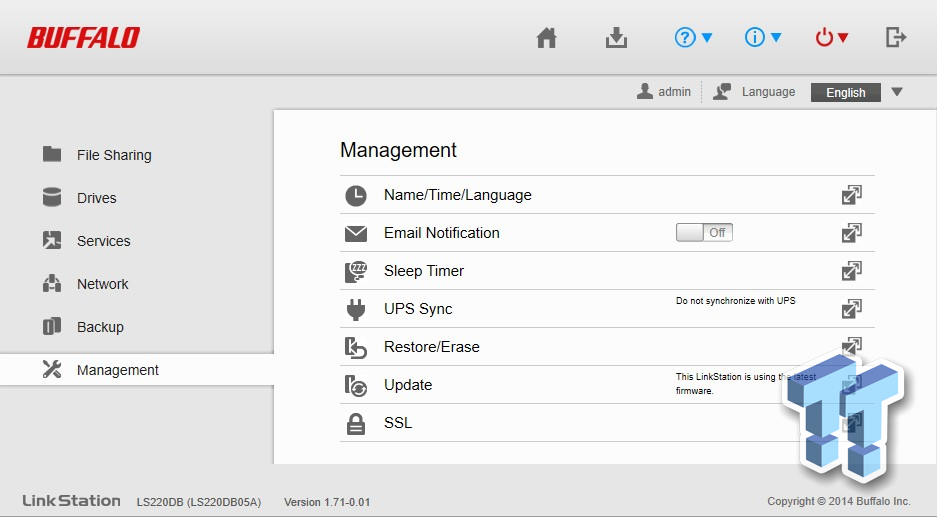 Management offers email notifications along with a sleep timer and support for UPS, Factory reset and firmware updates.

With this platform being a budget solution, I took to testing differently with real-world transfers over SMB. 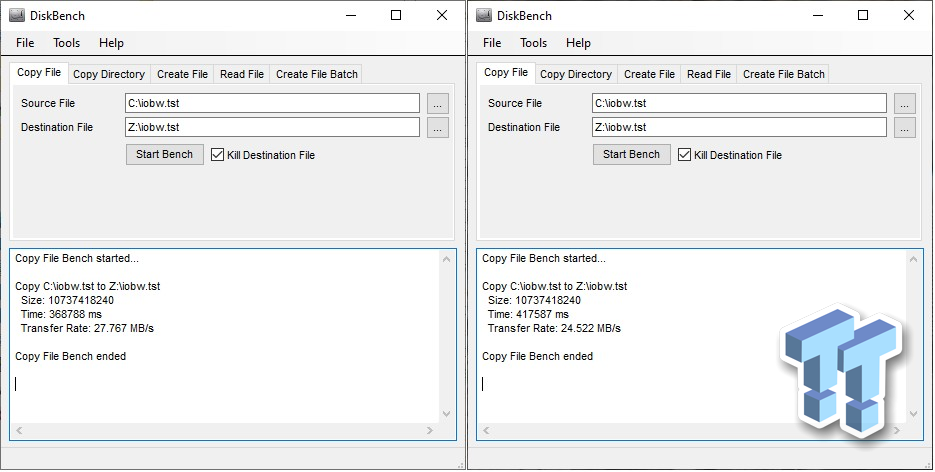 I started testing with a 10GB file transfer, giving the Linkstation SOHO a long enough transfer time to get past the cache and enough time for any connection issues to even out. In the image above we have RAID 0 on the left and RAID 1 on the right. Performance was quite even in this scenario 27 MB/s for RAID 0 and 24 MB/s for RAID 1. 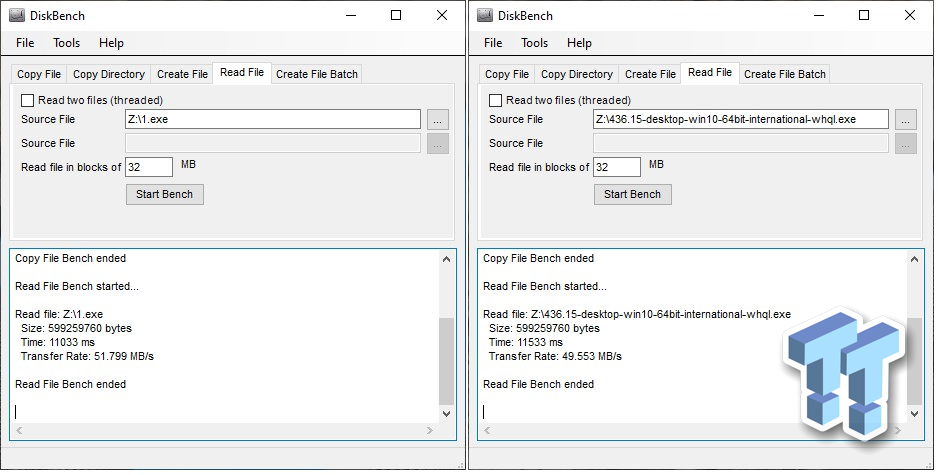 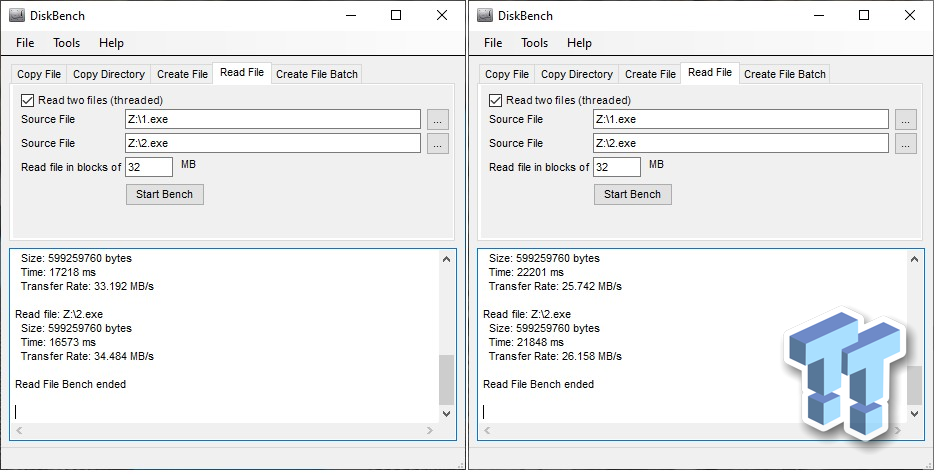 Doubling up we test that same file with multi-threaded operations to see if we can get anymore performance out of the SOHO. RAID 0 comes in with two files reading at 34 MB/s and RAID 1 offers two at 26 MB/s. Slight performance gain in each scenario.

Wrapping this up, the LinkStation SOHO isn't going to be for everyone. In fact, Buffalo is targeting home and professional users that want a quick turn-key option for moving data between devices. That said, build quality has had some corners cut with the plastic enclosure and low-cost internals but I do commend Buffalo on the fit and finish of the overall product.

Performance is decent for a home NAS but does leave some room on the table for improvement. Peak write speed in my testing was 27 MB/s over SMB with read speeds reaching 51 MB/s.

The user interface is basic and once again aimed at the novice user that wants a simple, quick layout for configuring their storage. Buffalo does offer SMB, FTP and AFP for moving data between PCs and macs along with RAID 1 for users concerned with data redundancy.

Pricing is coming in pretty good for the SOHO in the 4TB capacity, MSRP at $279.99 leaves little room for the DIY market to compete. 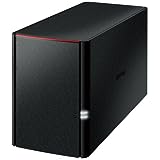 The SOHO is a turn-key platform with a decent amount of features for those on a budget.