Theatrical video game adaptations are cursed. There's just no other logical explanation for their historical lack of success. No matter how much money you throw at a project; from the $48 million Super Mario Brothers which kicked it all off in 1993, to the $137 million Final Fantasy: The Spirits Within which almost bankrupted Square and forced the Enix merger a short time later, it astounds me that studio after studio has found it so hard to get right over a long period.

Sure, there's been some admirable attempts in Warcraft and Prince of Persia, but their respective 28% and 36% Rotten Tomatoes score really undermines them. So, how does Assassin's Creed fare? Well, it only serves to further confirm my theory. 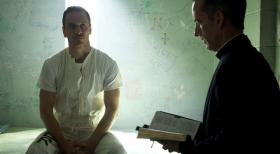 After anticipating death via capital punishment, Callum Lynch (Michael Fassbender) finds himself not only back to life, incarcerated at a secret facility where he's required to jack into a platform called the Animus, by a shadowy organization. Through this, Callum can recreate the life of his forebears through his DNA and locate a missing orb known as the Apple, which contains the genetic code for free will. 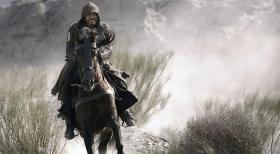 So, here's a plot twist for you TT gamers out there. I've not played an entry in the Assassin's Creed series since the first, which, believe it or not, came out nearly a decade ago. Since I can't recall what happened last week, let alone last decade, I don't remember much about it. But this is a film made for mass audiences, not just die hard game fans, so that shouldn't matter right? Wrong... I assume. Viewing Assassin's Creed without any preconceptions is for all intents and purposes, an utterly incomprehensible experience.

Coming from a story and setting that's always been very theatrical in nature, on a very basic level game fans will probably find a reasonable amount to like in Assassin's Creed. It's littered with visual references and callbacks to the source material throughout, with some gorgeous cinematography that frequently and deliberately resembles the game environment - even down to the smoky HDR bloom. But as enthralling as the atmospherics and some of the action set pieces are, they're all in service of a film that rarely makes any sense to the casual viewer.

With a litany of obvious issues, pinpointing the biggest single problem with Assassin's Creed is admittedly difficult. There's certainly no shortage of talent, both in front of and behind the camera. On paper, it's possible that the convoluted script might work, but the way it translates to the screen, coupled with a frenetic editing style really does make things very hard to follow. Perhaps it is easier for game fans to follow. I can't confirm either way. But I do know that's not how you make a film. 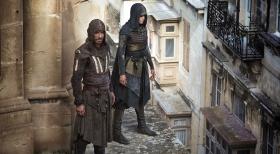 Having been involved with the project for a number of years, Michael Fassbender has spoken passionately about wanting to do right by the series and seemed to have a real respect for it. He looks the part, has both the athleticism and the acting chops to pull off what could have been a deep and multi-layered character - it's just that these aren't ever developed. There's certainly no doubting Oscar-winning actress Marion Cotillard, but she seems woefully lost in every scene. Meanwhile, Jeremy Irons hams it up in what's practically a glorified cameo.

Australian Director Justin Kurzel has a number of small, yet critically adored pictures under his belt, but the $125 million budget Assassin's Creed adaptation represents a big career step and with it undoubtedly comes a lot of oversight from the various studios involved, including 20th Century Fox and Ubisoft. That's the only explanation I can come up with for how a talented crew can churn out such a forgettable, borderline unwatchable film. 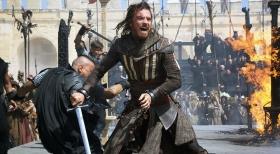 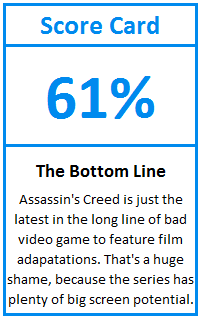