As flash drives have evolved over the years, many have now become so inexpensive they are considered throw away devices, as some vendors even include them over a standard driver disk. With that said, there has also been an influx of flash drives that have DNA from SSDs including eight-channel controllers.

Patriot seemingly has a knack for producing high-capacity flash drives as over the years they have produced several lines including the Magnum, Rage, and now the Mega all with 256GB+ options. This latest solution, the PEF256GSMGUSB, while carrying many design characteristics of the Magnum and Magnum2 appears to be, by specifications, a slower and more budget-friendly model capable of 380 MB/s reads and 70 MB/s write. Capacity options will range from the smallest 128GB to the largest 512GB model with our sample being right in the middle at 256GB.

Compatibility includes most Windows platforms along with Linux 2.4+ and Mac OS 9 and later. MSRP of the Patriot Supersonic Mega in the 256GB capacity is listed at $89.99 with a five-year warranty. 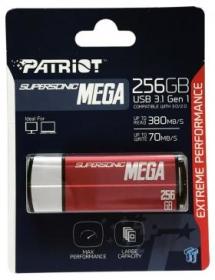 The packaging for the Mega has the drive centered with capacity and performance to the right. 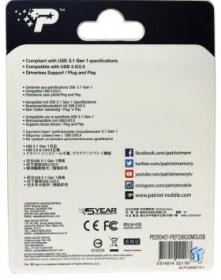 On the backside, we see a few more details about the drive including warranty information at the bottom.

Taking our first look at the drive, it's not hard to see this solution uses the same enclosure as the Magnum2. This time around, Patriot is using a two tone color scheme with a red body and silver cap. 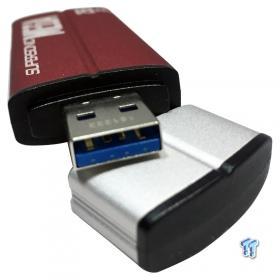 Above, we have the connection for the drive, colored appropriately. 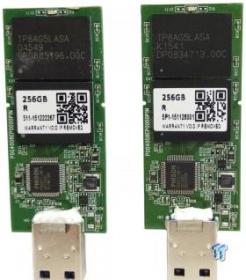 After testing both the Magnum2 and then getting to this drive, the Mega, I just had to tear the drives apart to see what the difference was. If you look closely, the Mega is on the right and Magnum2 on the left, you will see there is no difference. They both use the same NAND and PS2251-08 controller which will explain why in the next few images, the performance. 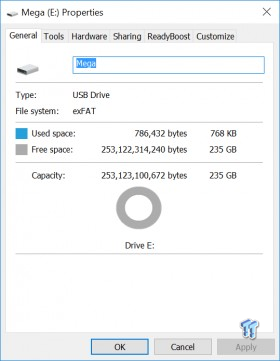 The Patriot Mega is factory formatted with the exFAT file system, ensuring compatibility between Windows and Macintosh computers. The usable capacity after formatting is 235GB. 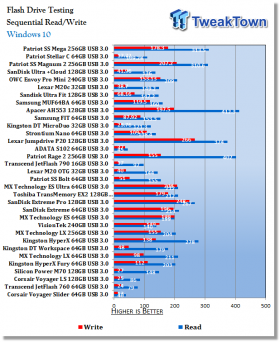 With our chart starting to become quite the crowded mess it may be hard to see but the first and third drives on our charts are the Mega and Magnum2. Looking at the performance of these drives we can see I was able to reach 313 MB/s read and 178 MB/s write with the Mega and nearly the same with the Magnum2. 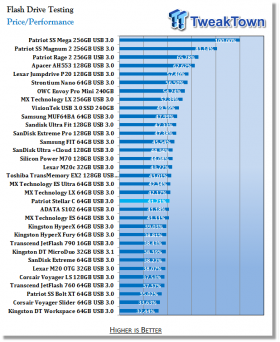 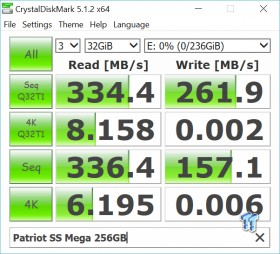 Still unsure why Patriot would market this drive at 70 MB/s write, I ran the drive through a 32GiB test in CDM. I figured if anything would slow the drive down these large data tests would do it. Much to my surprise, the Mega pulled off 334 MB/s read and 261 MB/s write.

The Supersonic Mega is for all intents and purposes a more flexible Magnum2. It has more capacity options at this point and uses the same components, giving it identical performance. Build quality seems to be quite good with the aluminum serving both an aesthetic purpose and durability. Internally, both my Mega and Magnum2 samples used the same components including the Phison PS2251-08 controller, a dual-channel controller which is puzzling because the Magnum2 is advertised as using 8-channel technology, but it's, in fact, using the same 2251 from Phison.

Performance, at any rate, was quite good - I was reaching 313 MB/s read and 178 MB/s write. And even when I swapped over to CDM and did the 32GiB test, this drive reached 334 MB/s read and 157 MB/s write. Price/Performance is quite obvious since this drive is currently parading around on the internet at $89.99, making it 0.35 cents per GB.

In short, the Patriot Supersonic Mega is, like I said above, a more versatile Magnum2. It does everything the Magnum2 does with more capacity options and a lower price. It effectively makes the Magnum2 pointless.

The Bottom Line: Patriot's SS Mega is quite an interesting drive. It has all of the capacity options a consumer looking for a high capacity drive would want and carries some rather good performance as well - and as far as pricing goes, well it can't be beat at this capacity.