In a year that sees new entries in the Mission Impossible and James Bond 007 feature film franchises, is there room for another remake of a 1960's spy series? Warner Brothers seems to think so, and based off the first film in what could be a lucrative new franchise, I think so too.

When CIA agent Napoleon Solo (Henry Cavill) successfully rescues Gaby Teller (Elizabeth Debicki) from behind the iron curtain of East Berlin, despite the best efforts of his Russian counterpart Illya Kuryakin (Armie Hammer), the United States are dismayed to discover that Teller's Uncle Rudi has been recruited by Nazi sympathizers to build a nuclear weapon against his will. When the Russians agree that the mutually assured destruction is not in either country's best interests, the CIA and KGB partner the two to thwart the bomb - and task each to retain the valuable information for their respective government. 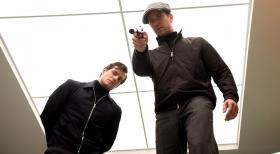 Times have certainly moved on since the original Man from U.N.C.L.E. TV show left the airways in 1968; the Cold War has thawed out, technology has revolutionized the spy game, and the evil T.H.R.U.S.H organization... well, that's an entirely different evil. But instead of taking the easy route and setting it in modern times (ala Daniel Craig's bond 'prequel' series), filmmakers have elected to set the film in the 1960's which opens up a whole host of creative possibilities, imbuing it with a style that only Guy Ritchie could pull off and which successfully sets it apart from its compatriots. 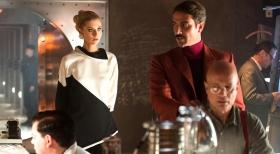 It might seem a little odd to cast a Brit to play an American and an American to play a Russian, but Henry Cavill and Armie Hammer both play excellent roles, with smirk-inducing chemistry and genuine camaraderie. It's especially pleasing to see the very talented Hammer return to blockbusters, after the failure of 2013's Lone Ranger temporarily derailed a very promising career. Alicia Vikander and Elizabeth Debicki perform solid supporting roles, with equal parts command and sass. 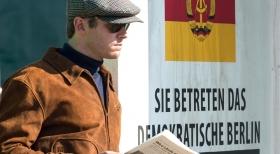 What really sets Man from U.N.C.L.E. apart from other entries in the genre and gives it a style all its own is basically down to director Guy Ritchie. Throughout his career, Ritchie has consistently brought a fabulously kinetic style of filmmaking to all his films, from low budget Indies like Lock, Stock and Two Smoking Barrels, all the way through to the recent big-budget Sherlock Holmes pictures. He's proved himself to be a master at harnessing digital technologies, and coupled with his regular editor James Herbert, they've imbued the film with an exciting and kinetic forward momentum, which is simply a whole lot of fun. In other hands, Man from U.N.C.L.E. could have been a real workmanlike affair, but here its elevated to another level. 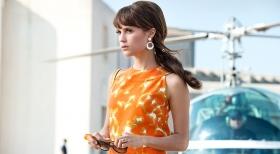 Sadly, it seems that audiences have failed to embrace The Man from U.N.C.L.E. theatrically; with the film failing to set the box office alight and struggling to recoup its production budget. That's a real shame, because I'd really like to see further films in the series, and there's a myriad of possibilities for where it could go next. Still, I'm willing to bet it will find new life on video, and we've seen that medium bring concepts back to life. 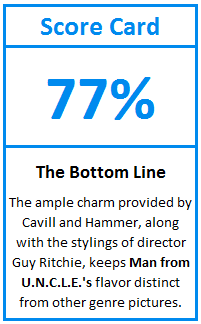