Thermaltake is bringing forth a new fan controller to the market to go along with all the new series' of cases like the Urban, Chaser, and of course the Commander cases that this fan controller shares its name with. This five channel, slider based fan controller offers up to eight watts per channel, but isn't the typical fan controller one would expect either.

The Commander F5 fan controller is faced with a mesh panel, and has bold red slider knobs. On top of that, active fan channels are denoted with individual blue LEDs, and there is also a red LED denoting that this controller has power. The oddity I have found with this controller is that while you do have voltage control, the range I saw was from 10V at the low-end, and only 11.15V when the sliders are all the way up. 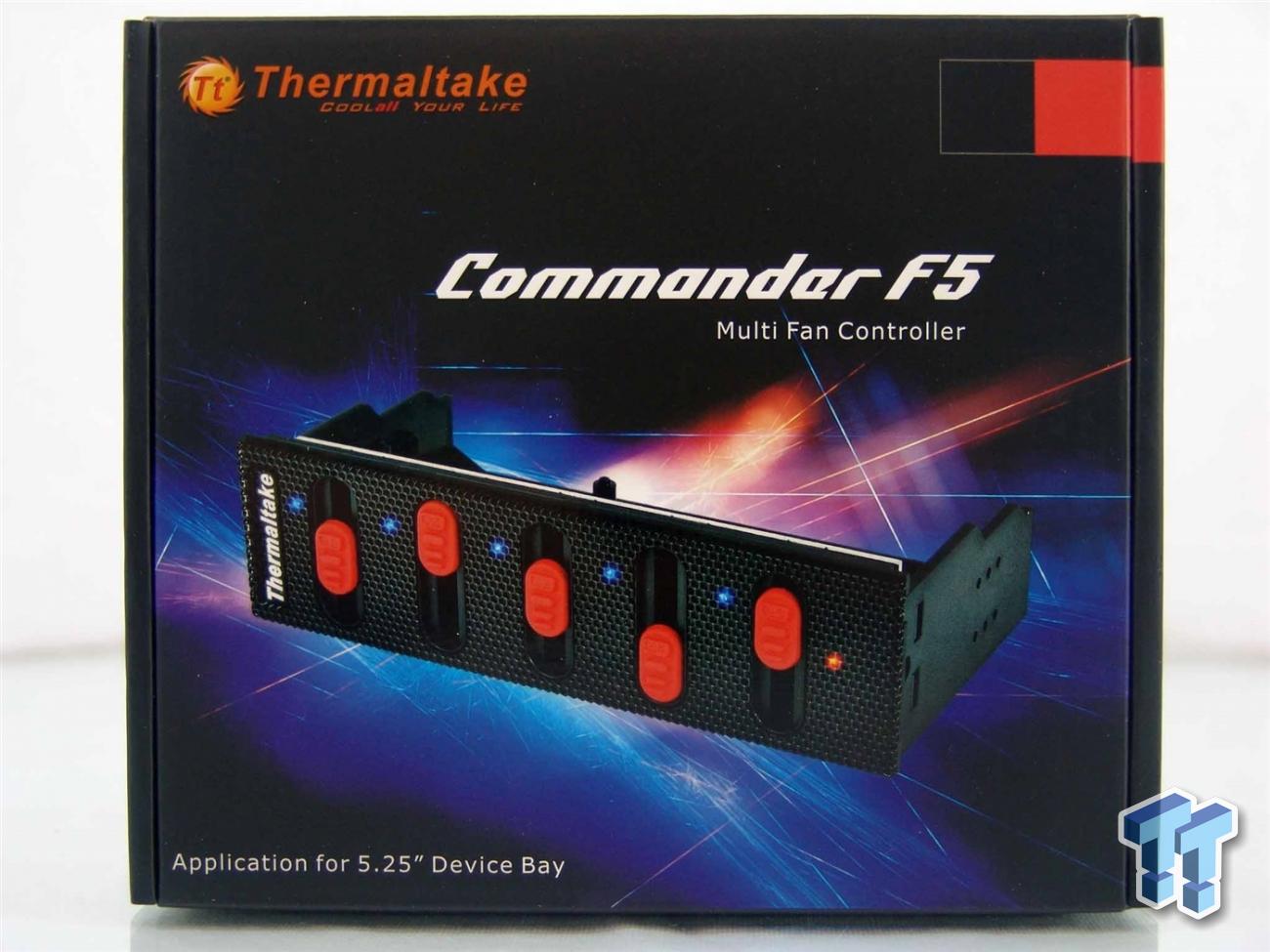 In typical Thermaltake packaging, the Commander F5 is displayed prominently on the front to show you right away what is inside this eye catching package.

In 11 languages, I believe they are pointing out the mesh front grill and the five channels this controller offers.

The top of the packaging offers the Commander F5 naming, and denotes its multi-fan controller capabilities.

Usually when the red stripe wraps around the box, it tends to lead to something interesting. In this instance, it led to UPC bar codes and other iconography. 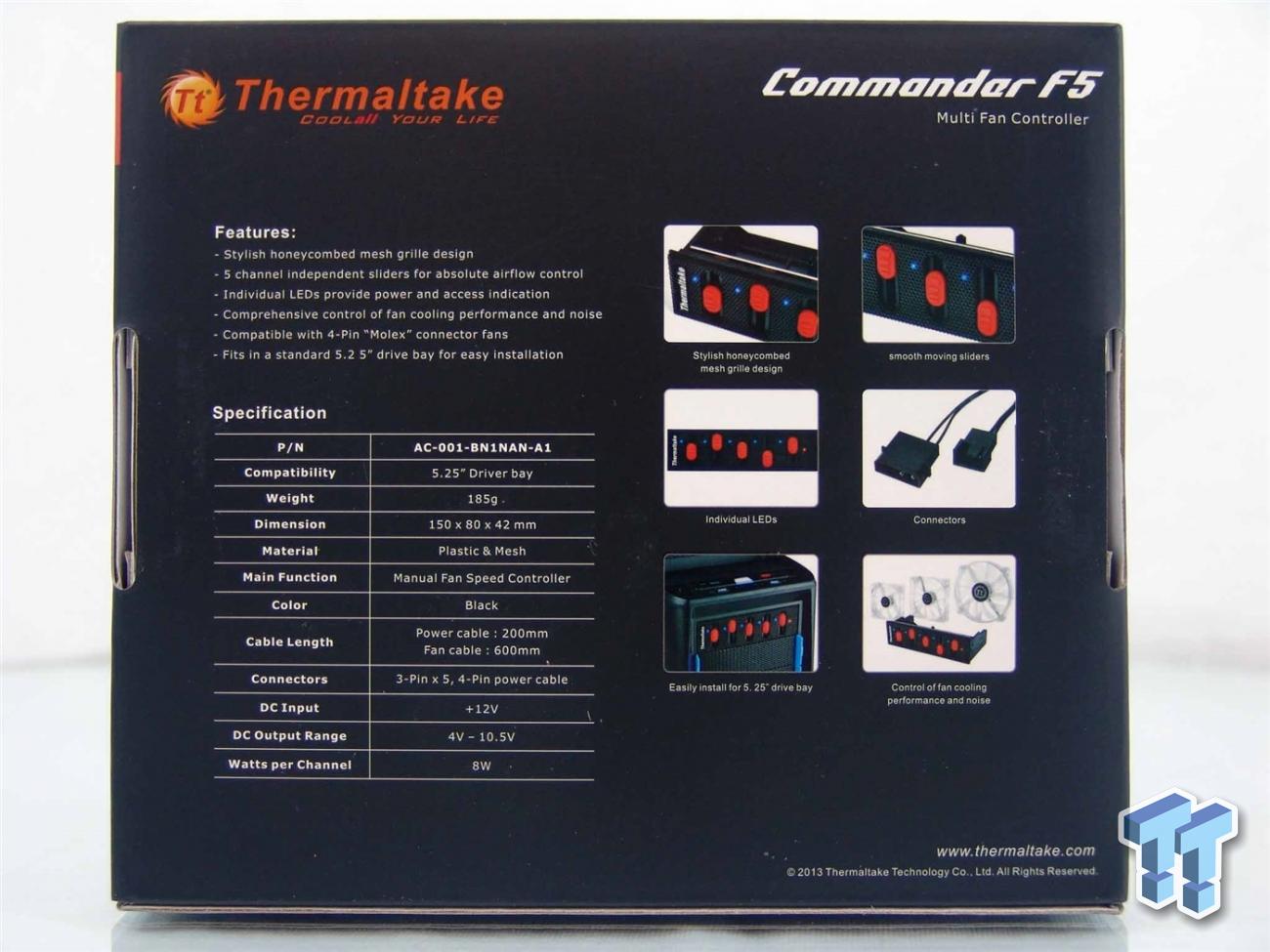 The back is where Thermaltake covers the six features of the Commander F5 above the specifications chart. Then off to the right are other images covering some of the previously listed features along with a couple new ones. 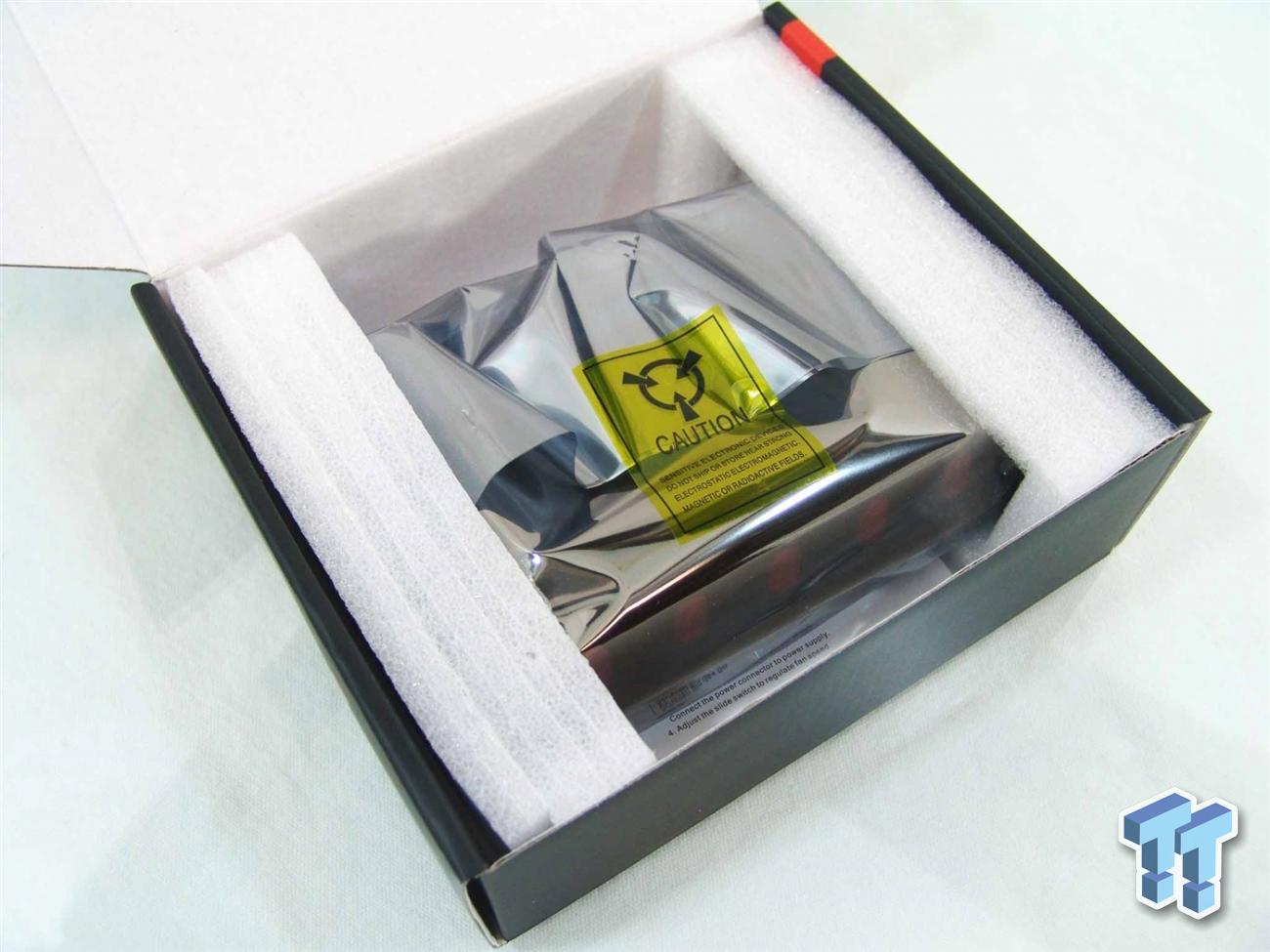 The controller comes wrapped in an anti static bag, but is also secured inside of the much larger box with the use of dense foam at both sides.

Getting back to the amount of power and just what you can do with it, I see this fan controller as less of a controller, and more of a step down device. I am not positive if this is how all of these controllers act, but with the slider in the lowest position sending 10V, there isn't very much low-end to this device.

Then on the other end of the slider, I was topping out at 11.15V on some channels, while others were slightly lower; why not 12V? So in essence, what we are really looking at is the ability to stack a few fans on each channel without overshooting the power capabilities, but only to lower them slightly from what they can do on any other fan controller I have ever used. 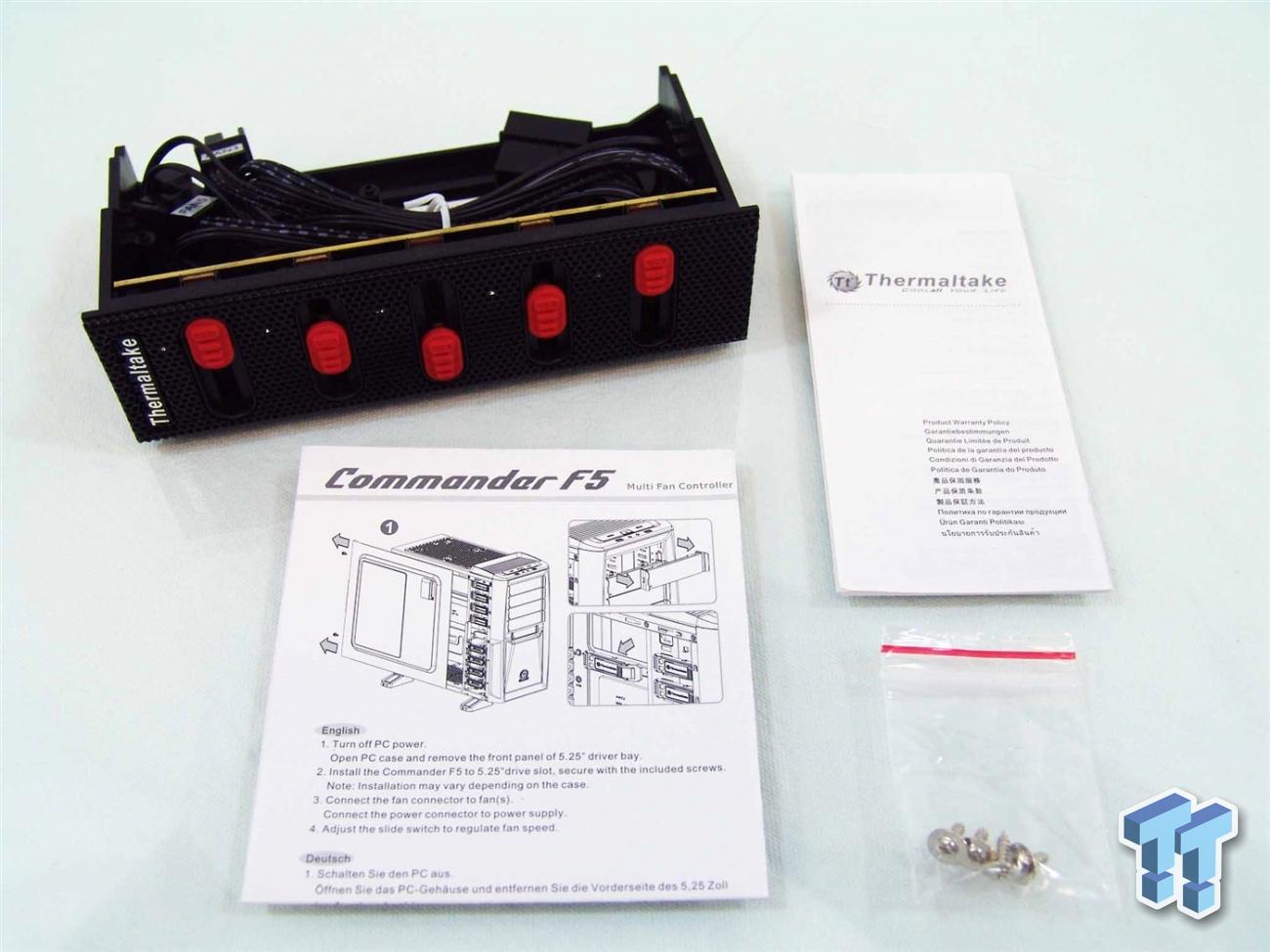 The contents you will receive from Thermaltake are the fan controller, a user manual, information about the one year warranty, and a bag with four screws to mount the Commander F5 in a chassis.

The Thermaltake name starts things off at the left. Inside of all the mesh there are numbered red sliders for each of the five channels. There is also just a hint of the LED lights poking through the mesh. 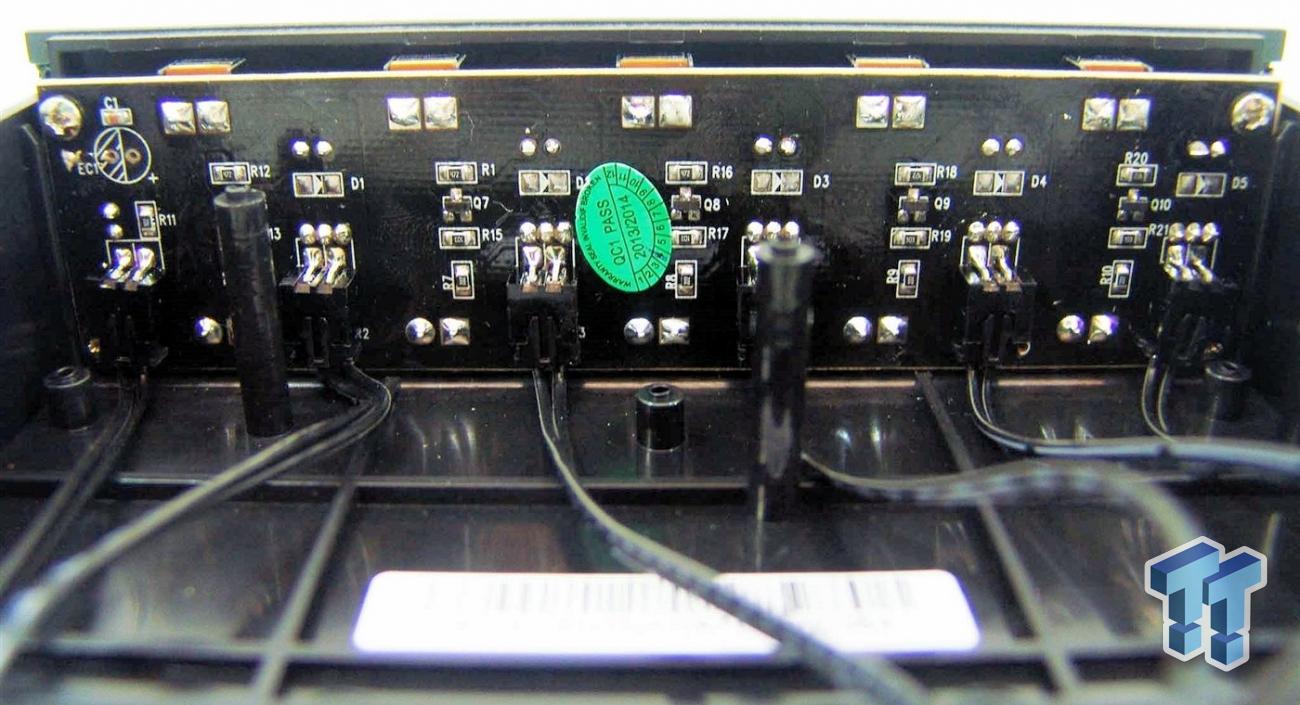 On the back of the PCB, there isn't much going on at all. There are a few resistors on this side, and the solder points from the diodes on the other side of the PCB. Also notice the fan headers are fit against the floor to keep them from pulling lose. 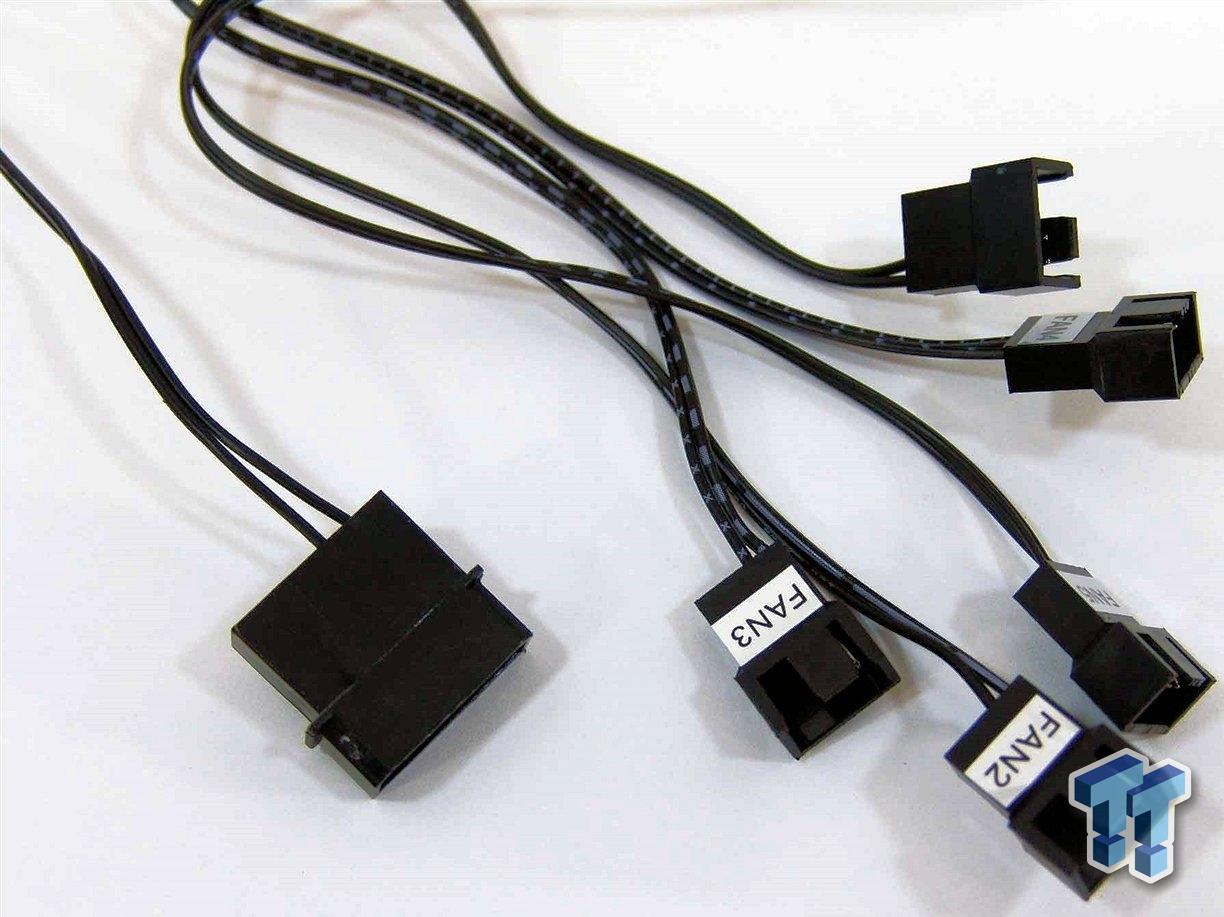 The connectivity for the Commander F5 consists of the Molex plug for powering it, and there are channels marked one through five, and all are 4-pin ready, but use two wires for power and ground only. 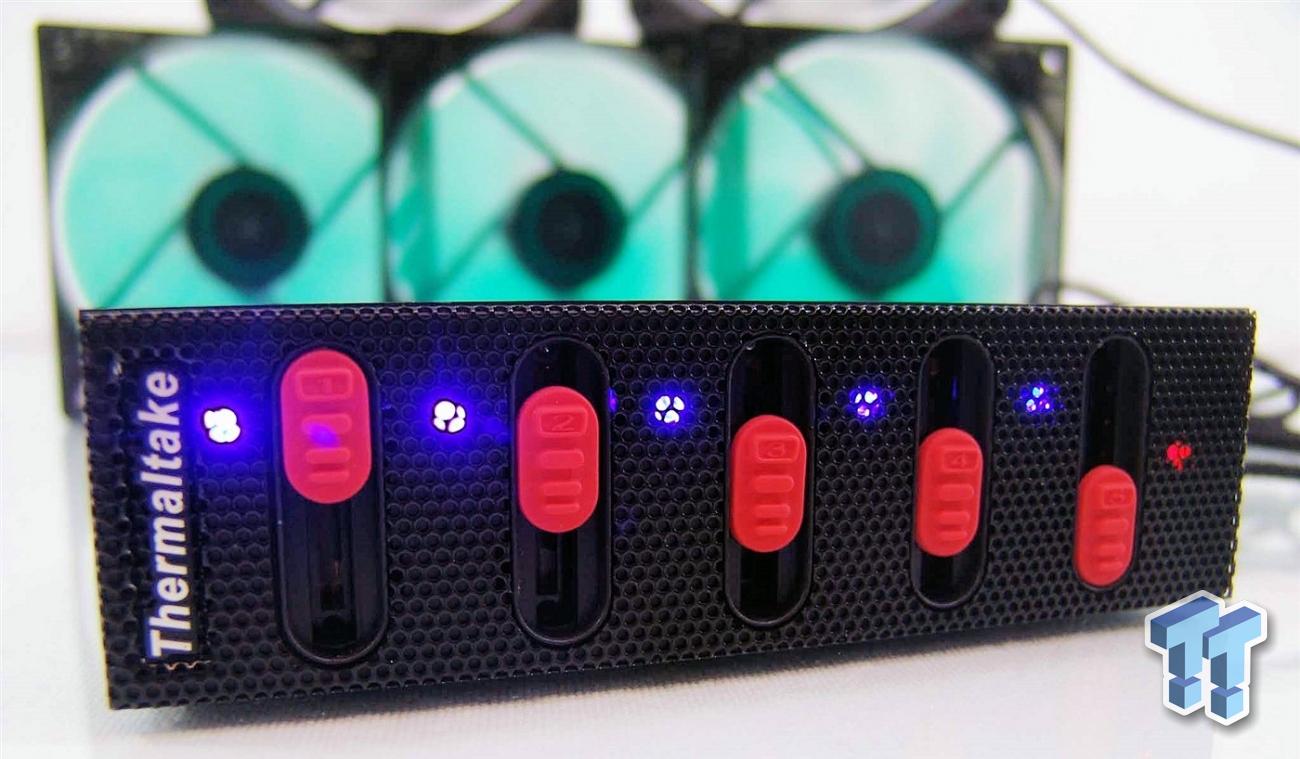 With five fans connected all of the blue LEDs will light up as seen. Once the PC is booted, even without connected fans, the red LED will glow to show you the F5 is indeed powered.

Overall I am perplexed with what I was delivered. I had expected the voltage to be slightly limited to like 11.9V, but not all the way down to 11V flat. Then on the low side, where I expected to be able to drop to around 6.5 to 7.5V, all five channels would not go below 10V. While I do like the styling and the use of LED lights and bright colored sliders, I just don't see much practical use for a device with these limitations.

While looks definitely sell with fan controllers, since enthusiasts and case builders tend to like to stick to a theme, with a PC Case Gear listing at $35, I just am not feeling this one. If it had a wider range of voltage, maybe, but as it sits, I just can't really see anyone with the need to control all of their fans with this limited range that this Commander F5 delivered in our testing. 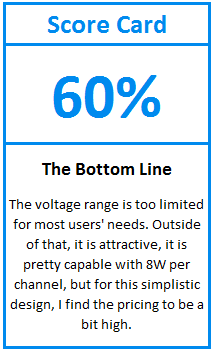