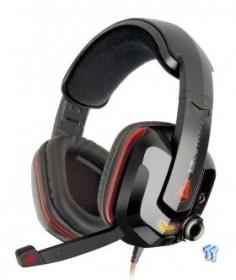 Since I have not dealt with the AZiO before, we are going to give them the same treatment we give all new faces, which is a clean slate in order to impress us on. When entering the gaming headset arena for the first time, it's always tough to gauge just where to aim your blow, so to speak, given the massive number of headset solutions out there at the moment, and the sheer volume of fly by offerings out there right now. 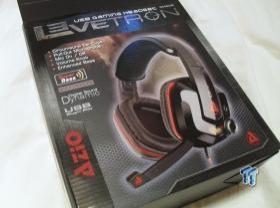 So, it would make good sense then to feel out the market a little bit see what's going on and maybe come up with a modest first round offering that will not break the bank, but may well give a good indication as to whether the push into said market is indeed a viable one.

Enter the Levetron GH808 gaming headset that we have today which is a modest entry level offering and as such is set to indicate a future or not for AZiO in the cut throat world of gaming headsets. 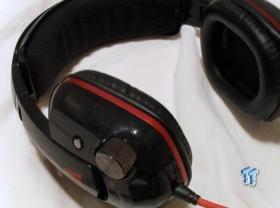 The design elements of the Levetron are fairly standard throughout. The circumaural ear cups that cover the whole ear can be seen, and provide the best seal around the ear in terms of choice of design. 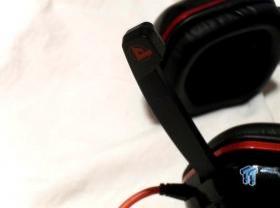 As usual with these headsets a rudimentary mic is included also for voice chat functions associated with some games. This does seem to be quite a standard feature these days unless the headset is designed only for music, however this one is not.

Connection is handled rather easily by a USB plug, which has become increasingly popular of late, with many company's opting for its ease of use and flexibility. This is also due to the convergence concept which sees peripherals either leaning to work together or finding a new home. And for the most part we like this. It does however continue to erode the concept of high-end audio on the PC. 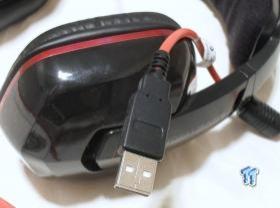 Now also of interest to us is the inclusion of a volume knob and further; its listing as a main feature on the packaging, which honestly has become a bit of a joke of late. With company's having a good old laugh at consumers expense, think buying a loaf of bread with a sticker on the front saying, 'now featuring bread inside', enough said. 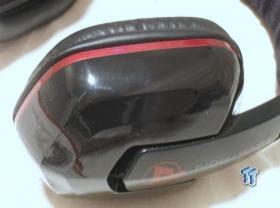 Now on a lighter note, the Levetron features super bass which has a vibration component which acts in such a way as to simulate the effect of having a subwoofer without actually having one.

The construction of the headset itself is rather good featuring a rugged and strong design that should be able to withstand some serious use. The ear-pads are soft and should fit nicely for most users. We were a little disappointed because we did not find a spare set included in the package. 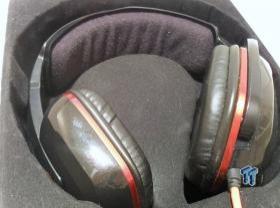 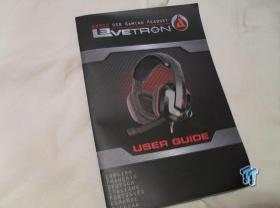 Overall the specs sheet is a fairly run of the mill affair for the most part. But in saying that we feel that these are some pretty good numbers and this headset should be able to deliver a decent level of audio quality.

Also worth a mention here we feel is the way in which AZiO provided such a detailed and comprehensive specification list on the rear of the packaging. We thought that just the intention behind making these important numbers transparent is a really good one. And does not go by without being noticed by us. 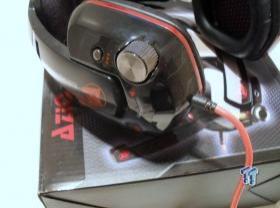 Even if we are not talking about an ultra-expensive headset costing several hundred dollars, we feel it's still just as important to show buyers what exactly they are getting, by showing the spec list on the back of the box. 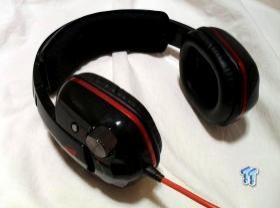 Also of interest here on the spec list is the vibration driver which provides the user with the added low-end effect, which should really be close to simulating how a subwoofer would sound if being used in the room. 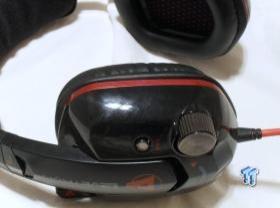 Lastly of interest here is software control panel that can be downloaded from the AZiO website and allows for a virtual 7.1 surround field to be created.

The Levetron gaming headset is well built and feels sturdy to hold, which is a great start. On the head, the unit feels solid, we would not say lightweight, but equally it is far from being a heavy and cumbersome thing to wear. 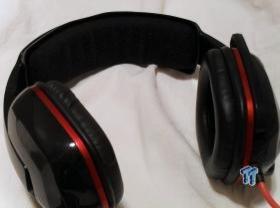 Sound quality testing was overall a pleasant experience we found with the added extra of the vibration function not only being a really cool extra, but a serious feature that can be turned on when wanted to great effect. The overall level of sound quality is pretty good for the most part. With a decent amount of detail and timbre to the sound, but only just making it past the red line of disrepute regarding the high-end, that many headsets hover around.

Listening to a selection of music through the Levetron was a really rewarding experience. The low-end is an interesting thing to behold here because the vibration driver does much of the work, which for much of the time is a good thing, however there are certain types of music that will sound a little muddy with it turned on, which is why the button is there, we would suppose. 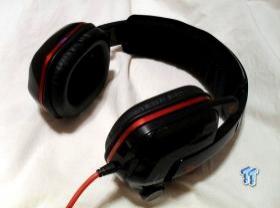 The high-end is quite good in terms of how it sounds when we can hear it, because unfortunately much of the time it gets obscured by the extra oomph of the low-end vibration driver and simply becomes too low in volume to sit where it should in the mix.

The mid-range was strong through testing with male voices sounding really good with headset. The level of warmth and tonality to the sound was quite impressive for the price and intended function.

AZiO should look into tuning the high-end a little bit better for times when the vibration driver has being enabled. When said function is not enabled, the high-end for the most part is perfectly fine. But since this is such a good feature, we feel that some tuning should be done to equal things out to maximize its enjoyment.

During testing of gaming with the Levetron headset we were equally impressed with the performance on offer. With the vibration feature working well again when some big low-end action took place. The built-in surround function works as intended and can add the obvious extra dimension to gaming that virtual surround can. However, as we always say, this is just a feature to use and for pro gamers a dedicated surround headset or speaker system is always the best option over algorithm driven solutions. 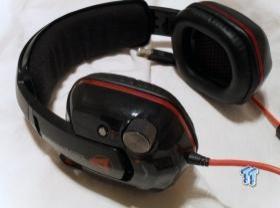 The AZiO Levetron gaming headset is a winner in our books combining all of the things needed to make a product do well. The package is a good one and so is the material choice and construction of the headset. At the time of writing the GH808 was on sale at Newegg for $59.99 with $2.99 in shipping, and for what you get, we consider it a pretty good deal.

Testing was overall a good experience and we found no real issues to report about adverse performance. In fact, the vibration function that we thought initially was more gimmick than goer, turned out to be really quite impressive.

We love how the function can be turned on or off depending on the use of the headset, which is a good thing as a times the high-end gets missed a little. And the performance during testing of music was top notch in the mid-range and had a good amount of energy and emotion for a USB gaming headset, let that be said.