With a worldwide cinema gross approaching $3 billion USD (even before we include home video sales and merchandising) it would seem that a film version of J.R.R. Tolkien's 1937 prequel to The Lord of the Rings trilogy would have been a sure thing. That it's taken seven years since the release of Return of the King is somewhat of a surprise, owing much to the bankruptcy of partial rights holder MGM and a global financial crisis, coupled with a change of director - Guillermo del Toro who originally signed on for two films before leaving after expressing frustration with the stalled project. 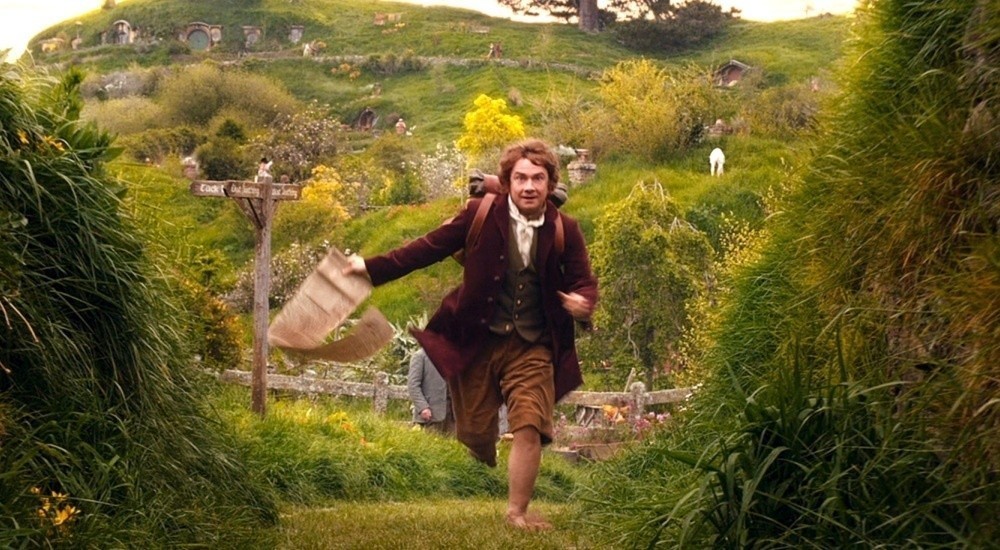 Set decades before the events of The Fellowship of the Ring, The Hobbit details how Bilbo Baggins (Martin Freeman) was persuaded to leave the comfy confines of The Shire and how he came into possession of the Ring of Power. When a party of Dwarves, and the mysterious wizard Gandalf the Grey (Ian McKellen) invade Bilbo's Hobbit hole (not a euphemism) promising a dangerous adventure to liberate the city of Erebor from the dragon Smaug, the Hobbit cautiously joins the adventure, but quickly discovers that the larger world is a much more dangerous place than the relative obscurity and shielded safety that his home provides. 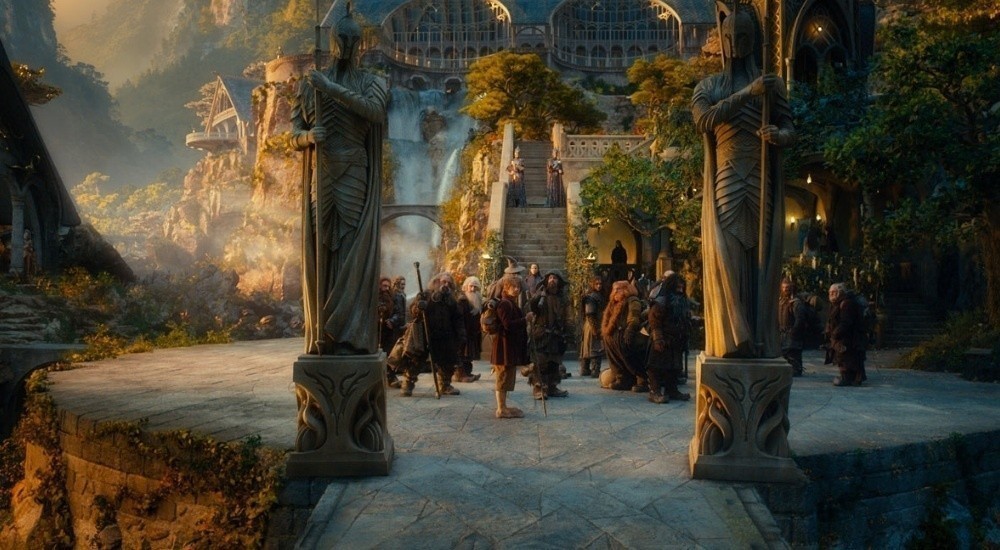 With the home video extended cuts now seen as the de facto way to view the Lord of the Rings films, Warner Bros. could be excused for indulging Jackson with regards to the bloated running time, but this is one of the biggest problems with the film. The entire first half of the film takes so damn long to get going, that it nearly needs to defibrillate the audience when the gears finally grind into action. And just when you think you've had enough - nope, you will listen to the song and dance. And then when you think surely you've seen enough - no, it's time for another 'hilarious' meal. We get it - Dwarves love food. We get it - Bilbo will be invariably peeved. 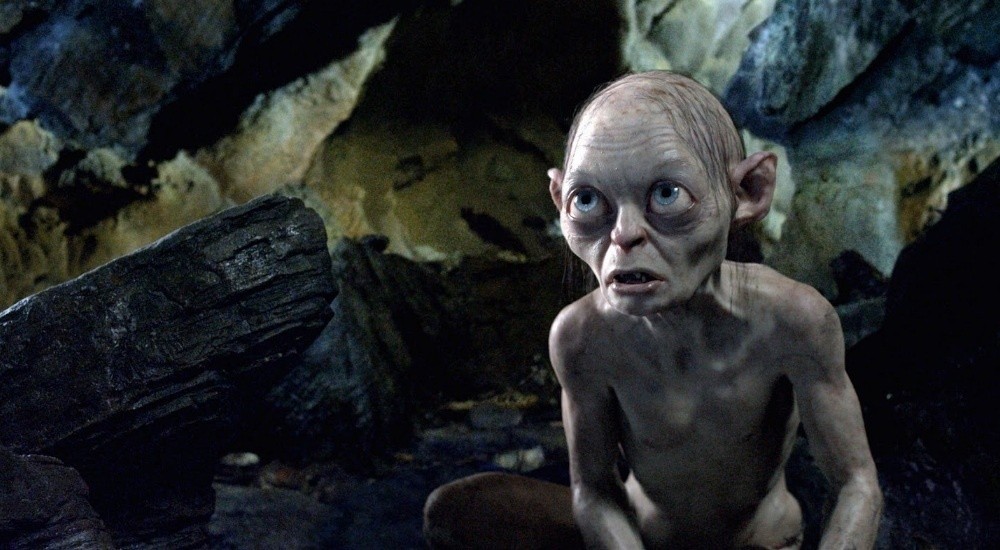 But when it does finally gets going, An Unexpected Journey features some extraordinarily thrilling sequences which rival some of the most breathtaking sequences from the earlier trilogy. The battle between rock monsters is truly exhilarating, as is the escape from the clutches of the Goblin King at the films finale. Other sequences, such as the Dwarf party, and the kidnapping by trolls meander on for far too long, giving the film a wildly uneven pace that had me looking at my watch multiple times.

But I guess this is what happens when you take a book that's a few hundred pages and then stretch it thinly over what will now be three films, extending some nine hours of screen time. And with rumors of a forthcoming Blu-ray extended cut, the mind does truly boggle. 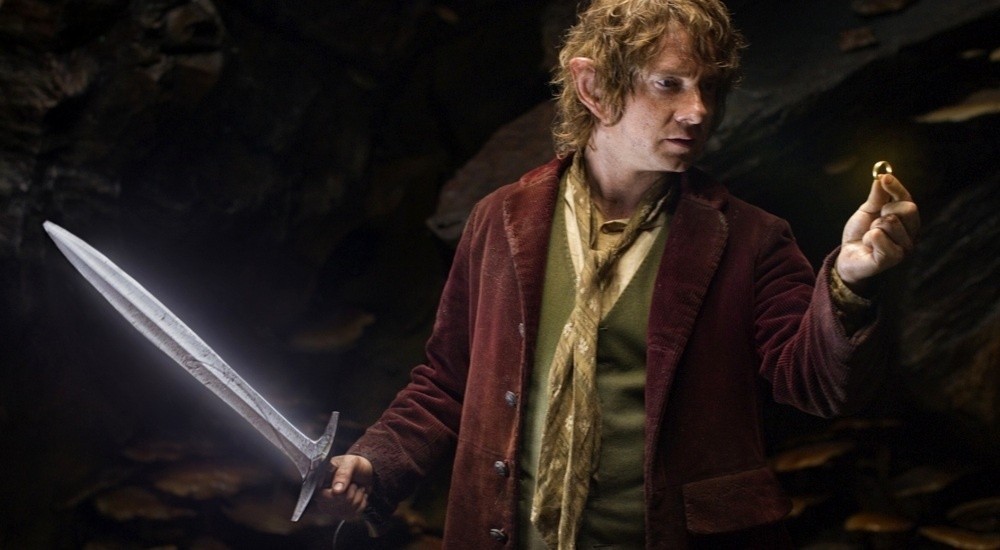 For many fans, the standout of the film is the return of the villainous Gollum, who is allowed to shine in an extended sequence which is both comedic and unnerving, a creature of such vicious and calculated malice that will stop at nothing to reclaim what is his. A few extra years of computer generated advances has benefited the film exponentially, and Andy Serkis whom returns to provide both the motion capture and voice of the character is as great as ever. Credit also goes to star Martin Freeman for really selling the interaction, which the audience really buys.

Ultimately, I liked An Unexpected Journey, and its final moments which provide a tantalizing glimpse at film two - The Desolation of Smaug, but lightening invariably strikes twice. While Peter Jackson and company try hard (some would say against the odds) to bring back the magic once more, it's an uphill battle - and not least for the audience whose forgiveness may or may not extend past the first plodding hour. 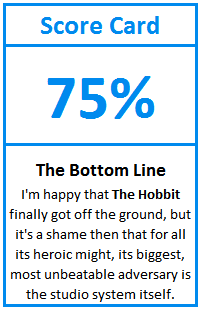