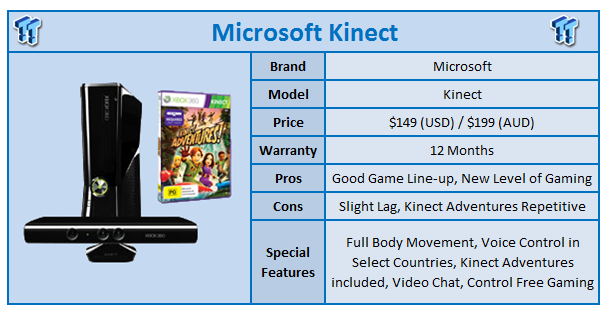 Oh my knees, my back, my legs...my body! - I grabbed myself Kinect on November 18th, the day it launched in Australia, and there was never a doubt I would get it. Sure, I read about the lag issues and the room you needed and all that stuff, but I wasn't once turned off it; I was going to make up my own mind on it. Really, I thought at the end of it all, if I didn't like it that much I could throw it on eBay.

On Thursday I set Kinect up in my old office; it's not a huge room, but there looked to be enough for Kinect. I set everything up and fired up Dance Central. Setup of the device was easy and since I already had the latest dashboard update, there wasn't any real issue getting it up and running.

The setup process is pretty easy and the room I was in seemed to be just big enough with me being able to stand in the correct spot and Kinect getting my whole body. Once I was setup and stopped looking stupid waving at my TV, I pulled out Kinect Adventures which it said to insert initially and threw in Dance Central.

I'm not going to kid myself; I'm hardly a fine tuned athletic machine. While I boast that I walk to work every day, I neglect to mention that it's because I walk from my bedroom to my office one room down. I started to get my groove on (let's say groove for arguments sake only) and step side to side. I started to throw a clap in as I was rocking out to Poker Face by Lady Gaga and everything was looking good. 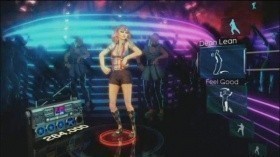 I started to have to swing my arms about and proceeded to start knocking stuff off my table. At this point I knew it was time to pause and do a quick clean up. While at times I thought I was landing a move perfectly, Dance Central would tell me my leg was off or my arm was out, but I found once you got into the rhythm of things that mistakes became few and far between and I found myself getting flawless results on easy.

I woke up the next day and wasn't feeling too bad. It was time to do some work and try and get past the 35c+ heat that I was having to battle. During the day I wanted to move Kinect from my old office and into the lounge room, as I didn't want to be worrying about hitting something.

With Kinect setup for the second time in a much larger room, I fired up Dance Central again. I wasn't any better at it, but I was a lot more comfortable as I found that I wasn't concerned about my surroundings. 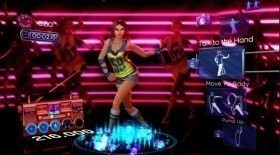 I fired up Kinect Adventures which comes bundled with Kinect and I have to say I had little interest in it. Once I got into it, my thoughts where confirmed and while it doesn't do a bad job of showcasing what Kinect is about, it feels very repetitive. The lack of depth to the game is what ultimately kills it from being something that you're going to play for an extended period of time. 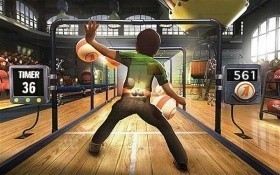 While the tracking is great in game, you do see the lag and it's something that did begin to turn people off. As you jump you find that as you're touching the ground your character is just jumping, and while that doesn't sound great, once you start to play it's not something you notice as much. You seem to just come to the point where you know you need to jump now and you then prepare for your next move which may be a duck or shift to one side. 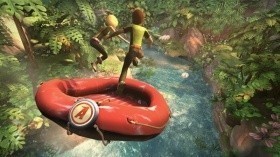 Even after my experience with Kinect Adventures, the taste in my mouth hadn't changed and I was really looking forward to trying out Kinect Sports. I watched the latest season of Entourage this year and you may've seen Turtle playing the Hurdles. If there was ever great product placement, it was that, because since then I wanted to stand in my lounge room and run in the same spot and jump.


I fired up the Athletics mode which has a number of different sports from running to javelin. As hard work the games that require running are, the tracking is fantastic and as you run faster and lift your knees quicker, your on screen character moves faster and you find yourself breaking record times. Talk about a great boost to the self-esteem. 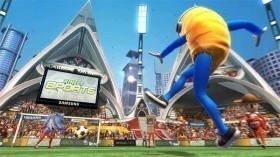 It's again when we have to jump that we start to see the lag that's present from Kinect. Again, though, Kinect Sports does a good job of dealing with it. As you approach a hurdle or the point where you start your long jump, an area will turn green letting you know to jump and while you've landed as your character just jumps over the hurdle, you're too busy just trying to keep the running pace that it's not something you're thinking about. What I suppose it ends up being like it is when you're playing a normal game with a controller and it quickly shows up on the screen to press A; you hit it and then just after you've done it the action is done.

Out of the athletic games, the only one I had trouble with initially was discus throwing, but it didn't take long to get the hang of it and again I started to set myself some world records. After my first run I ended up second on the podium and that Olympic feeling you have standing on the podium is fantastic; it's the little things here like blowing kisses to the crowd, something that is made possible with the full body tracking on offer.

Kinect Sports was the game that killed me, though. After playing it for a few hours I was just buggered and the next morning I woke up hurting in places I didn't know you could hurt. I jokingly said to friends that I was just playing my XBOX 360 and there was this water like stuff running off my face. I wondered what it was because I've never played a console and needed to shower straight after it.

It's funny because when I first started to play the Wii around people they would have a little bit of a chuckle and kind of "Ohh and Ahh." Kinect on the other hand had the people around me in stitches as I gasped for breath and jumped around. Throw in Dance Central replaying back your free dance moves and you can understand why people are literally rolling on the floor laughing.

There's something about kicking your legs and jumping in the air that takes Kinect to a whole new level. It's not without its flaws, but the lag isn't one of them as it's just something you adjust to. In the end it doesn't take anything away from the games. The biggest issue Kinect has is the amount of room required to play. I really had to move from my old office to the lounge room because I wanted to feel comfortable and confident when I was playing Kinect. Moving to the lounge meant that the coffee table had to be moved, which meant the lounge had to be moved, and before I even got around to playing it I was buggered from playing removal man for 3 hours before hand.

For the price Kinect is great and brings something new to the table, and it's fantastic to see that Microsoft is thinking outside the box. It would've been nice to see Kinect Sports come in place of Kinect Adventures as it offers more replay ability, but there's little to complain about. The space you need to make Kinect work is going to be the biggest issue for people.

Keep an eye out for more coverage including a full review on Kinect Sports and EA Active 2 which is one I'm really looking forward to, as it will be interesting to see if Kinect could really work as an exercise system. To be honest, if the workout I got from Kinect Sports is anything to go by, I do have confidence in what Active 2 can bring to the table.

Even if you're only looking on from the side line, you're bound to have a good laugh at the person making a fool of themselves. Outside of all this, though, the fun is only going to be amplified as you have friends over and start to hit the top shelf drinks. You can feel confident that your mate isn't going to throw a controller through the TV unless he has a prosthetic limb.

Microsoft want to bring another audience to the XBOX 360 and you're going to hear that "hard core gamers" say that the lag is going to kill it, or the game line up is weak, but it's not aimed at those people who only play Gears of War and Halo. Instead, you're going to have a new type of person play or you're going to get a different experience out of your XBOX 360. Both are a good thing for Microsoft and consumers.