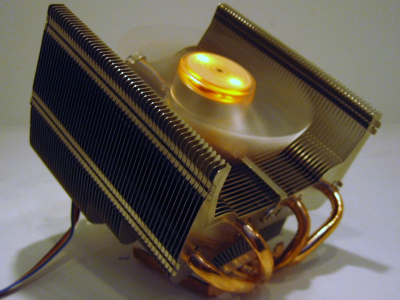 Nexus has sent us a couple of coolers in this category of compact cooling solutions before, namely the Nexus XiR 3500 copper and the XiR 2300 aluminum coolers. Nexus is based off the concept that there is a real need to lower the ambient noise of a PC to make it more enjoyable to be around. This philosophy stands to serve them well as more users are putting HTPC's in rooms where noise just isn't wanted, let alone the idea of giving the ears of everyday users a break.

Here we have the Nexus FLC-3000 universal cooler. The idea behind the FLC-3000 is not a totally new idea, really an adaptation of their previous design. This time Nexus has taken the XiR 2300 and changed a few things around to address some issues. They have set the bend of the heat pipes closer to the base and used shorter heat pipes. This doesn't allow the cooler to lie over completely as the previous ones did. What it does do is a two-fold benefit in theory. For one, it gets the fan closer to the base holding the SkiveTEK heat sink which should improve its cooling ability. And the angle in which the cooler sits allows for a directional breeze to flow across the motherboard to help cool vital components.

Having the results already from the FLC-3000's previous versions to compare to, I would expect this cooler to do well. It is time to get to business. Let's take a good look at what the Nexus FLC-3000 offers us. 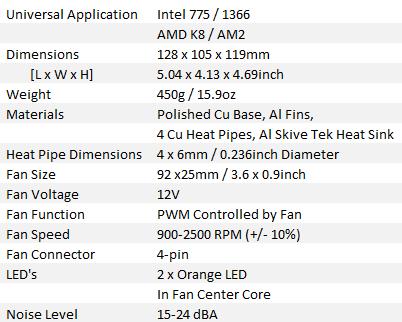 The FLC-3000 is a smaller cooler, weighing in at only 450g and is designed for use in mATX builds or HTPC rigs. Nexus tried to pack all they could into the 128mm by 105mm area. From their use of four 6mm heat pipes to the stepped aluminum fins that cover the SkiveTEK heat sink, the FLC-3000 has a lot of features. Nexus even saved a bit more space for those with height clearance issues. This cooler is leaned over at a 30 angle for an overall recommended clearance of 119mm to the inside of the case door.

Taking a few minutes to search out this cooler for purchase leads me to a select few sites that actually carry the FLC-3000. While the cooler isn't available at some of the more popular e-tailers, the ones that do carry the Nexus line do have them in stock. While I don't shop regularly at these sites, they aren't exactly obscure e-tailers that you may have reservations about purchasing from.

The Neuxs FLC-3000 is available at a couple of e-tailers, such as coolerguys.com and pctoys.com. The FLC-3000 rings in at the register at $54.95 and $64.95, respectively. This is a demand on the wallet for a 92mm cooling solution, as some of the others that we tested sell for as little as $20. Of course, this cooler does have a bunch of nice features and good looks; I as an end user do realize options cost more money. But to say the least, I did suffer from a bit of sticker shock when I saw what these e-tailers were getting for the FLC-3000. 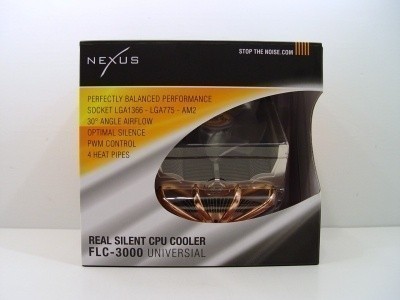 The Nexus FLC-3000 universal cooler is packaged with an eye catching layout. The black and white background is splashed with a bit of yellow and orange to stand out on the shelves. This splash of color on the front shows Nexus' finer points about the cooler. 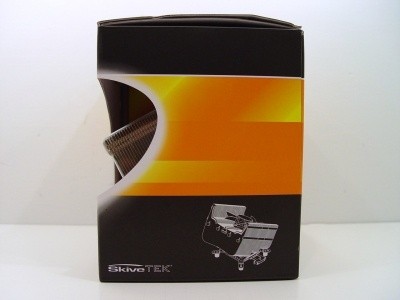 Spinning the box around to the right shows us a rendering of the cooler and also shows the SkiveTEK logo. 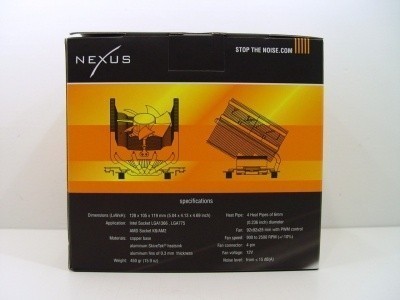 The back of the box has two more images of the FLC-3000 from different angles. Under these are the specifications of the cooler. 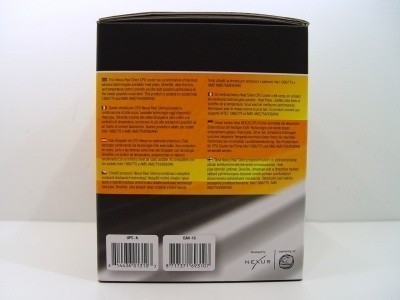 Looking at the left side, Nexus has taken this room to give the customer a brief statement of what the cooler has to offer. This is repeated several times in various languages. 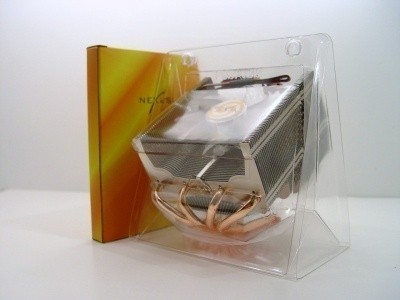 Opening the cut-away packaging allows access to the inner snap-together blister package and the box containing the hardware. Nexus even goes the extra step here to match the hardware box with the external colors on the package. 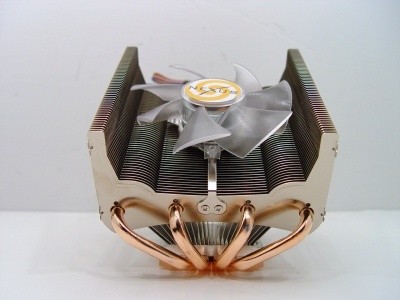 Nexus brings an attractive cooler to the table with the FLC-3000, from the four copper heat pipes to the specially shaped fins that surround the 92mm orange LED fan. With the FLC-3000, as well as many others from Nexus, this cooler is equipped with a SkiveTEK cooler on the base. More on that a little later. 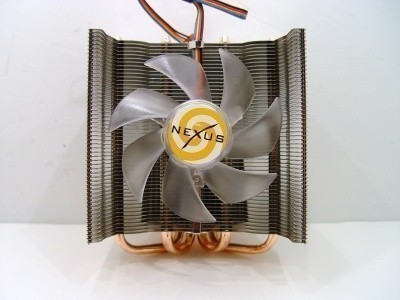 Looking over the fan shows this 92mm choice to make pretty good coverage over the aluminum fins. This cooler is designed to take the air from the top, over the fins and past the evenly spaced heat pipes to cool the motherboard components. 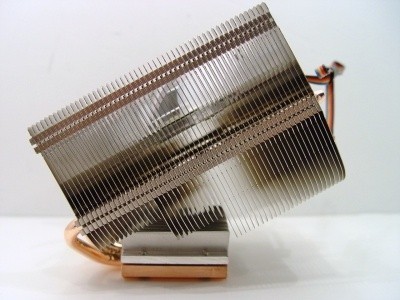 From the side you can see Nexus' stepped fin design. They start shorter at the base and get longer as the room allows. From this angle it is also noticeable how the fins are higher than the fan for a bit of protection. Lastly, you can see the groove between the base and the SkiveTEK, in which the hardware slides into. 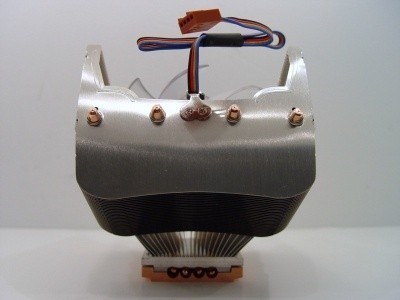 The top of the FLC-3000 has the four, 6mm heat pipes protruding through the top fin, as most heat pipe coolers do. We get a good look at the fin shape and mounting bracket for the fan as well. The bracket is mounted both top and bottom with the two Phillips head screws. Nexus even built a wire retainer into this clip to keep the wires out of the fan when room is at a premium inside of a HTPC. 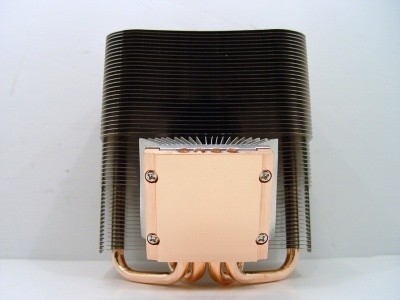 Welcome to the business end of the FLC-3000. You can see a polished copper base that holds the heat pipes. The four Phiilip's head screws here are to loosen the SkiveTEK heat sink to allow the mounting brackets to slide in when loosened. 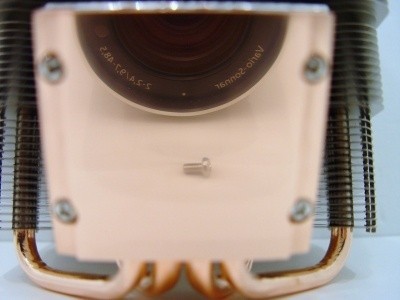 A second look at the base of the FLC-3000 shows that Nexus did a very fine job of getting a polished finish to their heat sink. 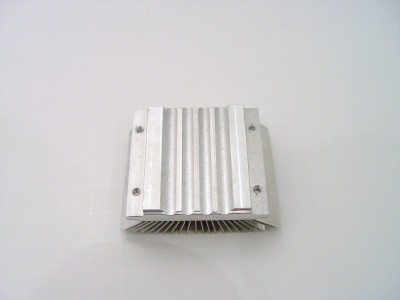 This is the underside of the SkiveTEK heat sink. Nexus has made this heat sink to surround the heat pipes of the FLC-3000 snugly. This is a direct touch heat transfer, as there is no thermal paste between this heat sink and the pipes. 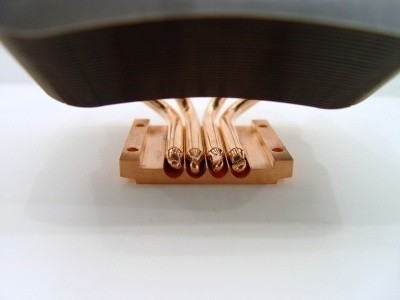 With the SkiveTEK portion of the base removed, we get a look at just how well the base makes contact with the heat pipes. 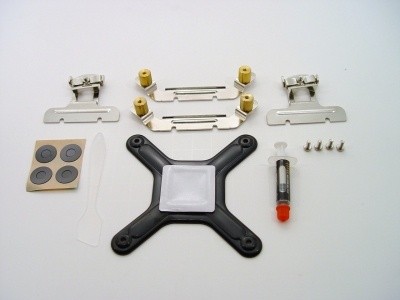 The Nexus FLC-3000 comes with a good assortment of hardware. Nexus includes mounts for both AMD brackets at the top left and right, as well as mounting for both LGA775 and Core i7 processors. The bottom row of hardware consists of four Mylar washers to keep from grounding to the motherboard, the LGA775 backing plate, TIM, and four mounting screws.

In my short time of doing cooler reviews, I have to say this is the first time I have run across these "clamp" type bracket mounts; the process of installing the brackets is as easy as loosening a few screws, sliding in the bracket and tightening the screws. Nexus did a great job of mixing the ease of installation with a really sturdy mounting system. I used the AMD mounting system to get the cooler on our testing rig. I couldn't have been more pleased, it attaches simply with just the tightening of two screws on the bracket itself. 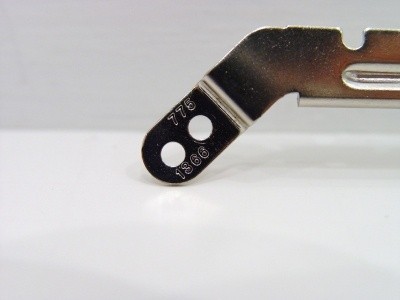 A close up of the leg of the LGA775 mounting bracket shows Nexus, again with simplicity in mind, just made the appropriate hole for LGA1366. The back plate is not made to accept the LGA1366 mounts, though. With all this bare metal exposed to the motherboard it now becomes really clear why they ship the Mylar washers to keep this unit from cutting into the face of the motherboard. 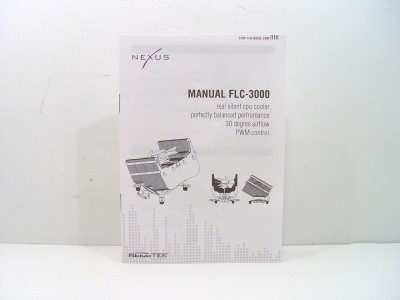 The manual itself is a simple installation guide and parts list. They show very good images of both the space requirements and for those with HTPC's you get one last confirmation of the fit prior to the install. Both AMD and Intel mounting setups are covered well, but the simplicity of the design on the clips makes it pretty much self-explanatory. 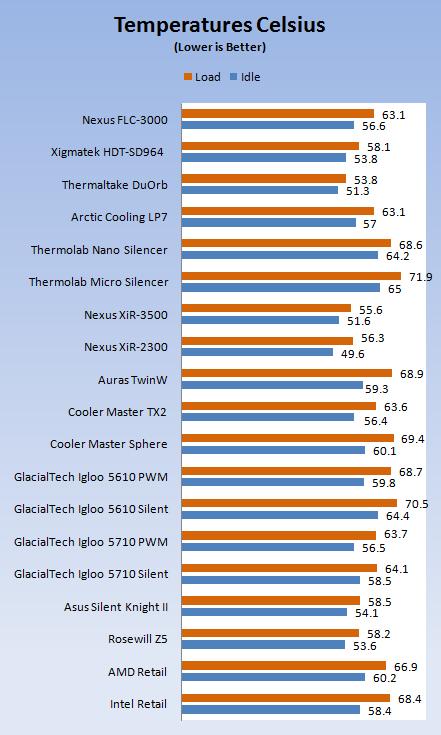 Temperatures on the Nexus FLC-3000 fall into the standings as an averagely good performer. The idle temperature reports in just about where I would expect at a decent 56.6 Centigrade. Load temps, on the other end of the spectrum brings the FLC-3000 in at 63.1 Centigrade. While Nexus isn't setting any records with the FLC-3000, it does stand well against its competition.

As you can see, the Nexus FLC-3000 performs really well in the sound testing. Reporting an almost inaudible 45dB at idle helps to keep those HTPC's quiet. At load the FLC-3000 comes in the top six of the fan using solutions on the chart at 60dB.

The Nexus FLC-3000 is a really quiet cooling solution to any case. Their goal in making life quieter around the PC was achieved, as the FLC-3000 was hardly audible while at idle and at load speeds. While this version of the cooler is a bit more compact on the one side, the overall height is a bit taller as well.

Overall performance of this cooler was as good as I had expected. The FLC-3000 stays on par with the sound levels of its brethren; the temperatures were as much as 7.5 Celcius behind the XiR 3500. The FLC-3000 performs more on par with the Arctic Cooling LP7 and the Cooler Master TX2. All three of these coolers are almost identical in performance. Aside from the visual differences, the TX2 is the only one that stretches space requirements for a small case, but they can both be purchased together for less than what the Nexus FLC-3000 requires for ownership.

With the asking price of $54.95 plus shipping from the cheaper of the e-tailers I could find this cooler, it is hard to recommend. The cooler does bring heat pipes, a small footprint and even an orange LED center hub on the fan, but is silence really worth the premium pricing? I do have to say, being a user of what Chris has referred to as a vacuum cleaner, I can really appreciate a silent cooler when I hear it, or rather, don't hear it. It all comes down to money in the end. If a few dB of sound level is worth it to you and you have a pretty deep wallet, I say go for it. But for my money, I have to say there are better choices out there. 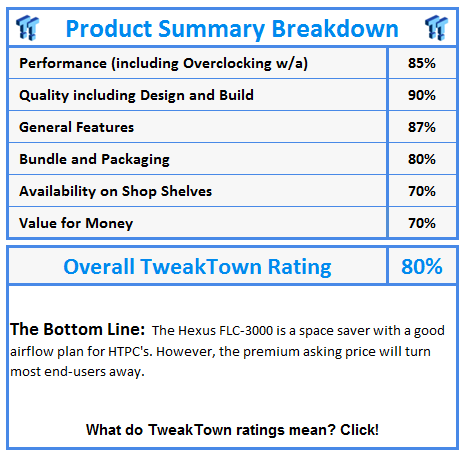