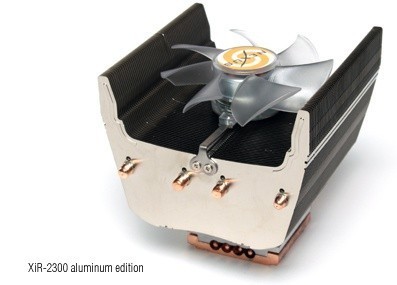 The founding fathers of Nexus had a dream, a dream that one-day end users could use powerful computers without the need for earplugs. While it may seem as a play on words and a couple of phrases from famous speeches, the statement holds true, Nexus is all about quiet computing.

I first learned of Nexus Technology when they sent over a handful of their Basic Series Case Fans. I found use for the 92mm right off of the bat for my HTPC that was housed in a Silver Stone LM14. The case fan from Silver Stone was very audible from the factory and needed to be changed. The 120mm and 80mm Basic Series fans have been used on a couple of CPU coolers that came to the lab in a passive form, and I have been very impressed with them. 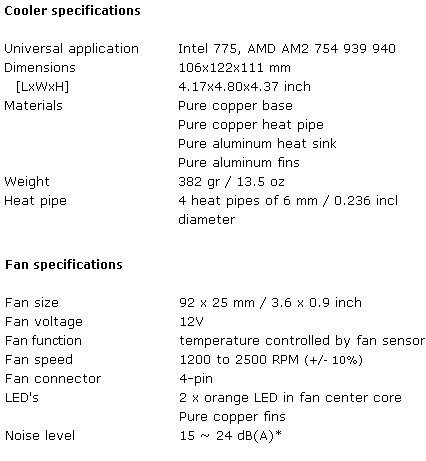 The Nexus XiR-2300 is a universal solution working with both AMD and Intel systems. No one will feel left out going back to the AMD 939/940-pin processors. This is important since many people make HTPCs with yesterday's parts that are sitting around gathering dust. In their day, the AMD 939 processors proved to be capable in gaming machines and many have migrated to playing music and movies on enthusiasts' home big screen.

Putting a PC in the living room is not a new idea; all you need is some left over parts, cables and a way to make the system silent. The fan on the Nexus XiR-2300 is built for silent operation with a claimed acoustic footprint of 19 dB. Our testing environment is not as sophisticated as that of Nexus', but from the given specification I am expecting to see some really low numbers in our sound pressure test.

The MSRP for the Nexus XiR-2300 is pretty high at 59.99 US Dollars, but I was able to find it online for as low as 55.00. This is the same price range as our performance leader, the Noctua NH-12P, so I am looking for some really good performance numbers from this cooler. 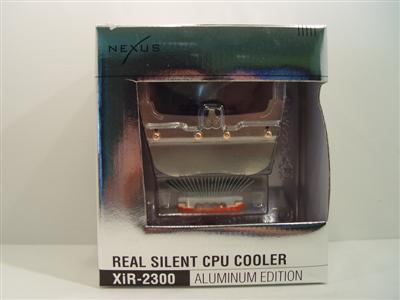 The packaging of the XiR-2300 is unique and has a nice chromo effect. The window allows you to see the cooler and it is clearly stated on the front that you are purchasing the Aluminium Edition. 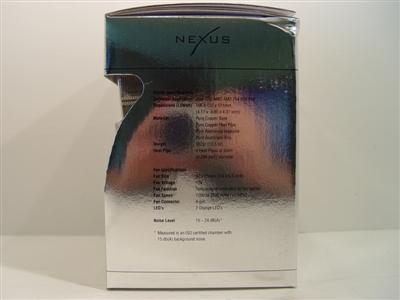 The side has all of the specifications that we listed before. 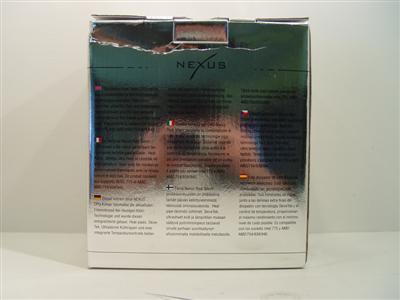 On the back we found a general product statement about the cooler in several languages. 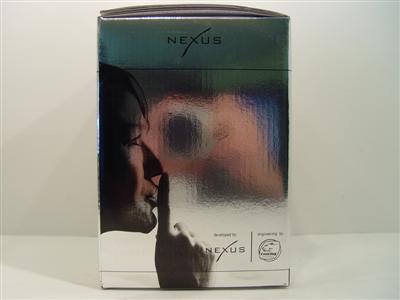 Not much on this side other than a young lady Shhh'ing, letting you know that you can expect a quiet product inside. 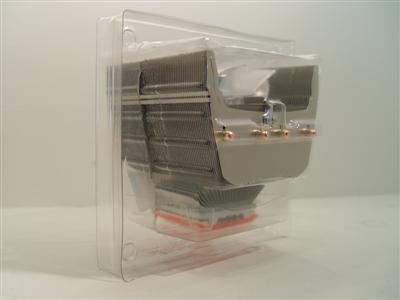 The inner packaging is formed around the cooler and protects the thin aluminium fins quite well. 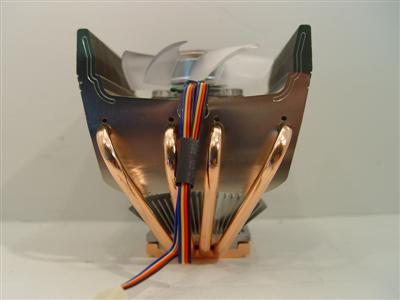 In this image we see the four 6mm heatpipes that move heat from the bottom copper plate to the upper dispersion area. You can also see the small piece of heat shrink tubing that allows you to tuck the extra cable length away so it is not in your way. 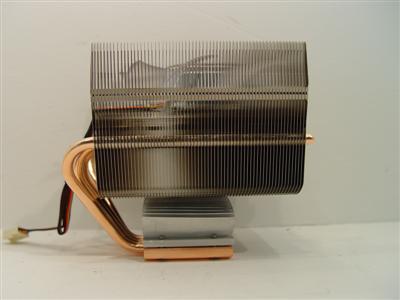 A look at the side of the cooler exposes the thin aluminium fins and the length of the copper heatpipes. Notice on the bottom that the XiR-2300 has a fin area attached directly to the top of the heatpipes to aid in cooling the processor. 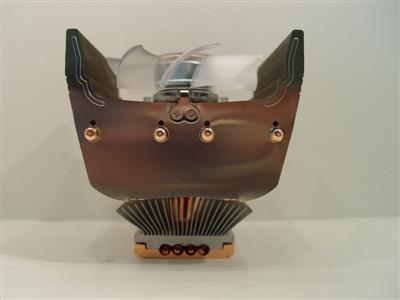 Here we see more of the secondary fin area that sits on top of the heatpipes. Many companies just sandwich the pipes with smooth metal plates and don't take advantage of heatsinks in this area. 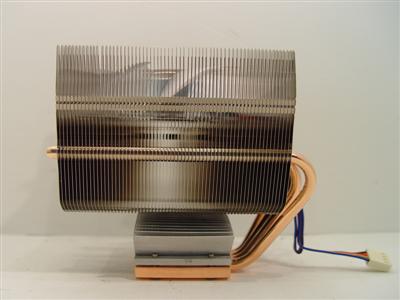 The other side is very similar to the first side we took a look at. 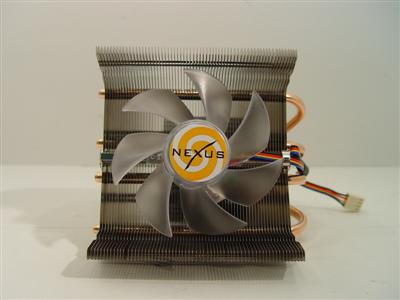 From the top you can see that the fan sits down inside of the fins. The fan has two orange LEDs inside for some extra fun with the product. 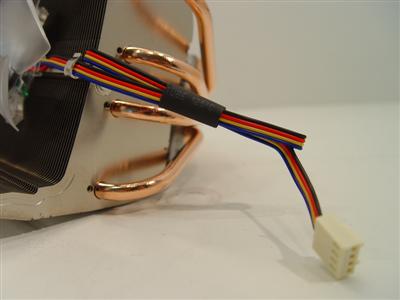 Here is a closer look at the cabling system; just pull out what you need to make the connection and you can keep the rest tucked in nicely. 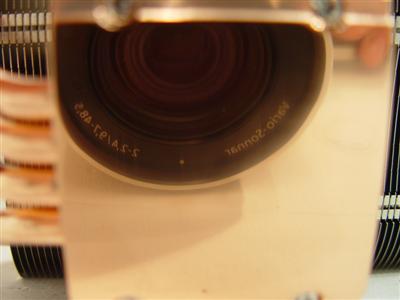 The contact area between the CPU and heatsink is very smooth. I am afraid to touch it because if I did I know I would never get this amount of reflection back. 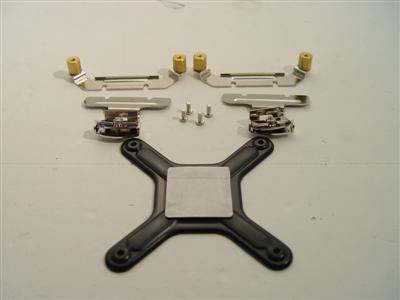 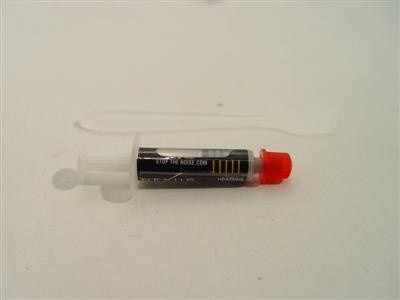 The cooler comes with a tube of Nexus heat sink paste and also a tool to aid in spreading the compound over the processor. 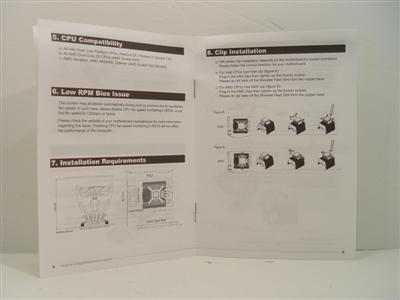 The documentation is well thought out and presented in a very easy to read fashion. A couple of warnings are included if you have your motherboard set to ring an alarm when the CPU fan goes below a certain RPM value. 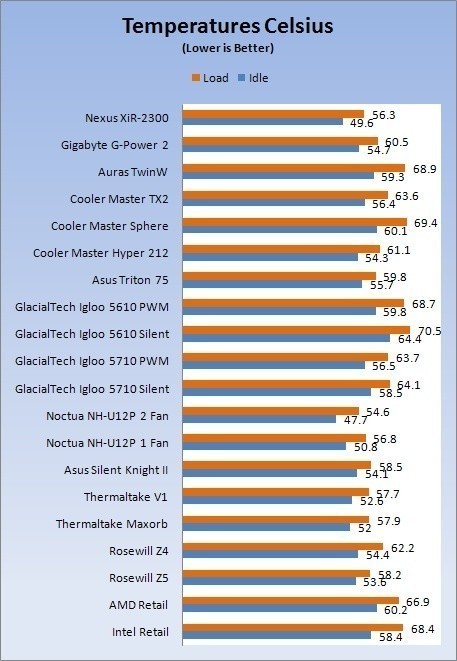 As you can see, the Nexus XiR-2300 delivers big time performance and beats our Noctua NH-U12P in the single fan configuration. This makes it one of the highest performing CPU coolers we have tested and the best on load out of the box since the Noctua only comes from the factory with one fan. 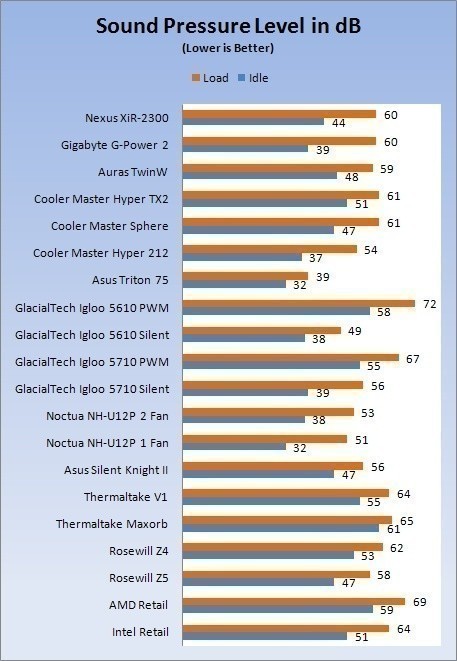 Here we see that the XiR-2300 is a quiet heatsink and fan combo, but we have tested coolers that are quieter. The numbers, even though accurate and done in a scientific fashion, are a little misleading. Even though the cooler is not the quietest we have tested, there is a ceiling or in this case a floor for performance. The floor varies from person to person based on what they can hear, but even at full tilt I can't hear the fan on the cooler at 2 feet away.

Stop the Noise; a couple of years ago it was just a dream but Nexus has taken that dream and made it a way of life, something we can all be thankful for.

The Nexus XiR-2300 has proven that quiet computing can be achieved without using a heatsink that is six inches tall or with a fan that is larger than standard. The Aluminum Edition is a big surprise to me, I figured we were not going to see numbers this good until the Copper Edition was tested, but now I am very excited to see what other tricks Nexus has for us.

The price and availability has me concerned a little. Enthusiasts are not going to have a difficult time chucking down 60 Dollars for a heatsink, but most users will be a little reluctant. Availability on these is pretty slim in the U.S. but Nexus is gaining ground in that department. The XiR-2300 can be found, but you will have to look for it. 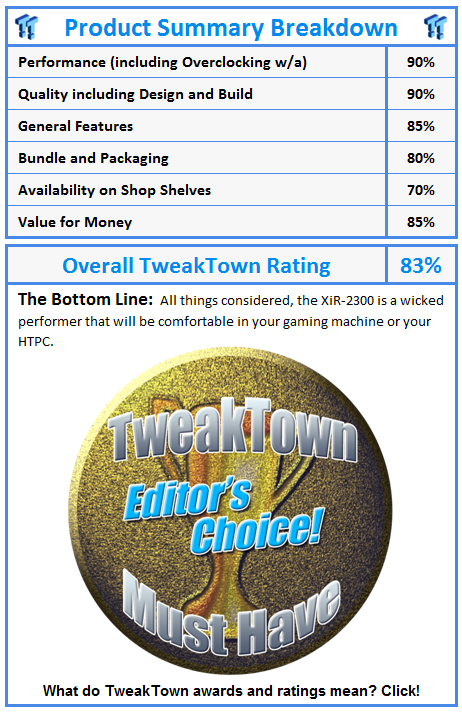