Universal portable compatibility at up to 1,700 MB/s and 4TB of it? This is as good as it gets.

Having just recently gotten a taste of Sabrent's awesome native USB interfaced Nano V2 2TB, we have of course been hungering for more, as in twice as much. As the name implies, Sabrent's Nano is super compact, so fitting 4TB in its tiny enclosure is quite an accomplishment.

This ultra-compact, ultra-portable, ultra-compatible, and ultra-speedy SSD does everything right. It runs nice and cool; its elegant all-aluminum alloy enclosure exudes quality. We love this portable and would have to say, all things considered, it is our current favorite of its type.

Again, we feel the need to reiterate our assertion that in the world of portable storage, compatibility comes before anything else. Universal compatibility is what we want, backward compatible to USB 1.1 is what we want, and compatibility like that can only come from a native USB interfaced device such as the Nano V2. At its heart the Rocket Nano V2 is controlled by Phison's PS2251-18 U18 USB 3.2 Gen2 x2 controller: 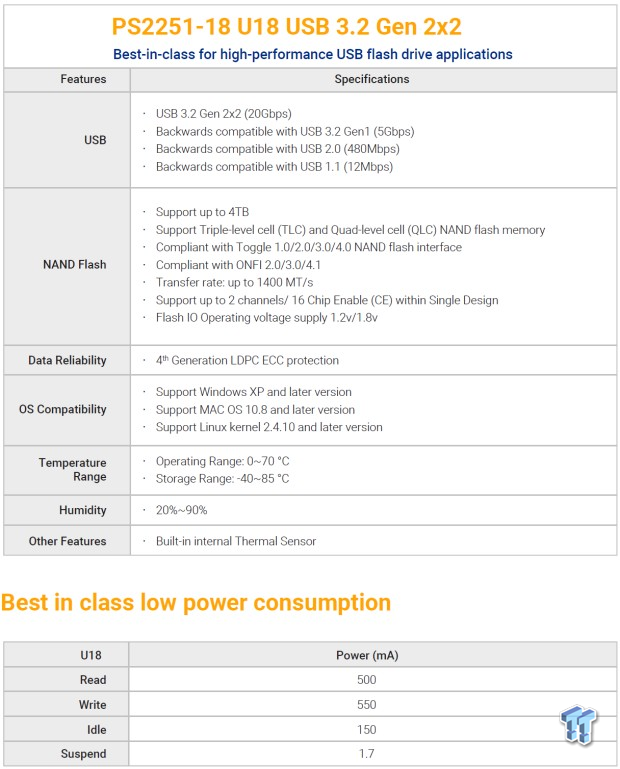 Native USB eliminates the need for a bridge chip to talk with the host. Supreme compatibility is furthered by ultra-low power requirements that can be supplied even by low-power USB 1.1 ports. On the performance front, this universally compatible portable is capable of up to 20Gbps throughput. Speedy, capacious, cool running, compact, and bulletproof, this is what we love about the Nano V2 and why it is currently our favorite portable SSD.

It's also a differentiator between the Nano V2 and other portables like Corsair's EX100U. This is why the Nano V2 is priced a little above its competitors, but in this case, you are getting what you pay for. 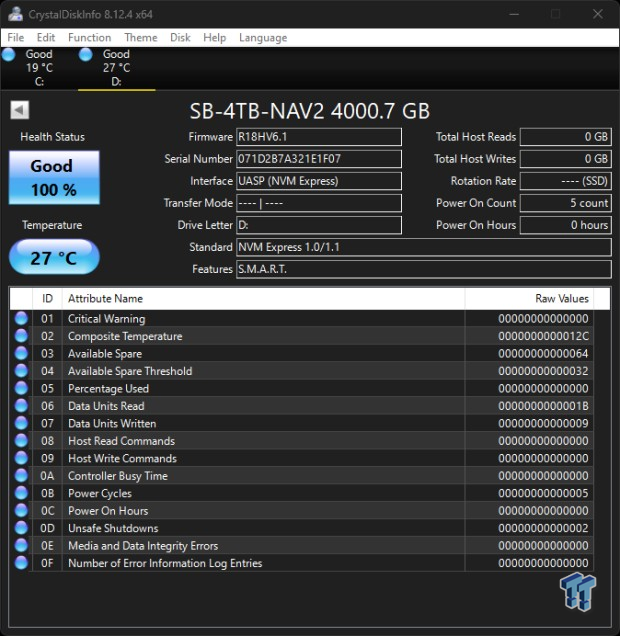 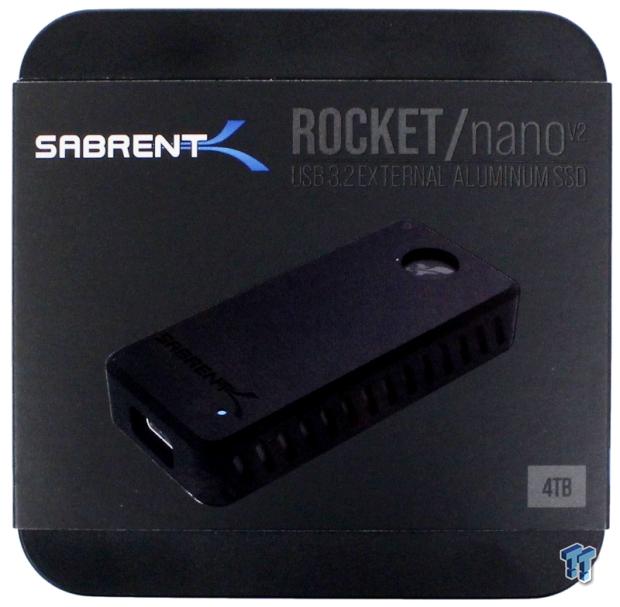 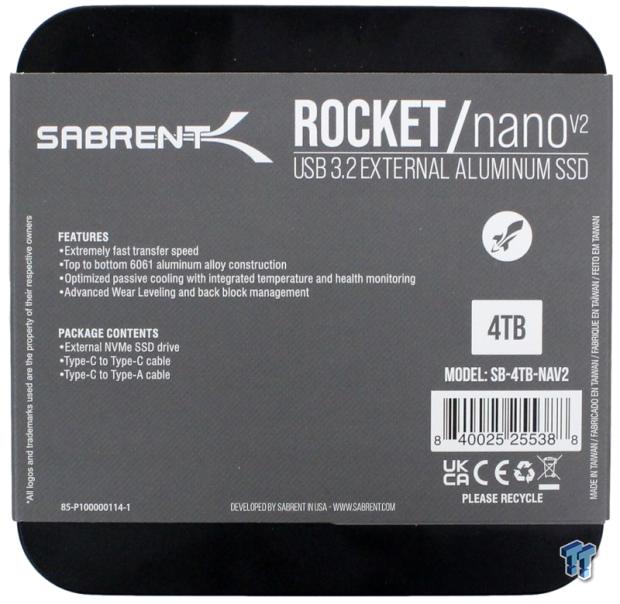 Like its predecessor, the Nano V2 features a high-quality, heavy-duty aluminum enclosure. Additionally, the Nano V2 is well protected from drops and debris with an outer silicone sleeve (not pictured here). USB-A and USB-C cables are included. 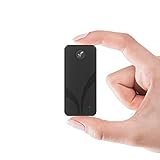 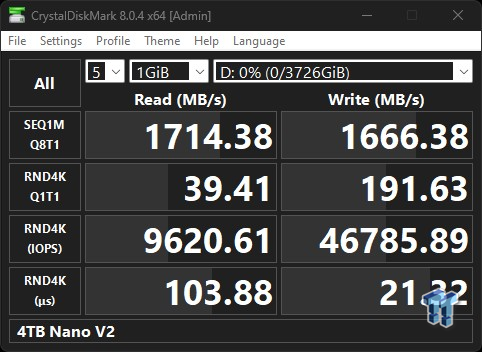 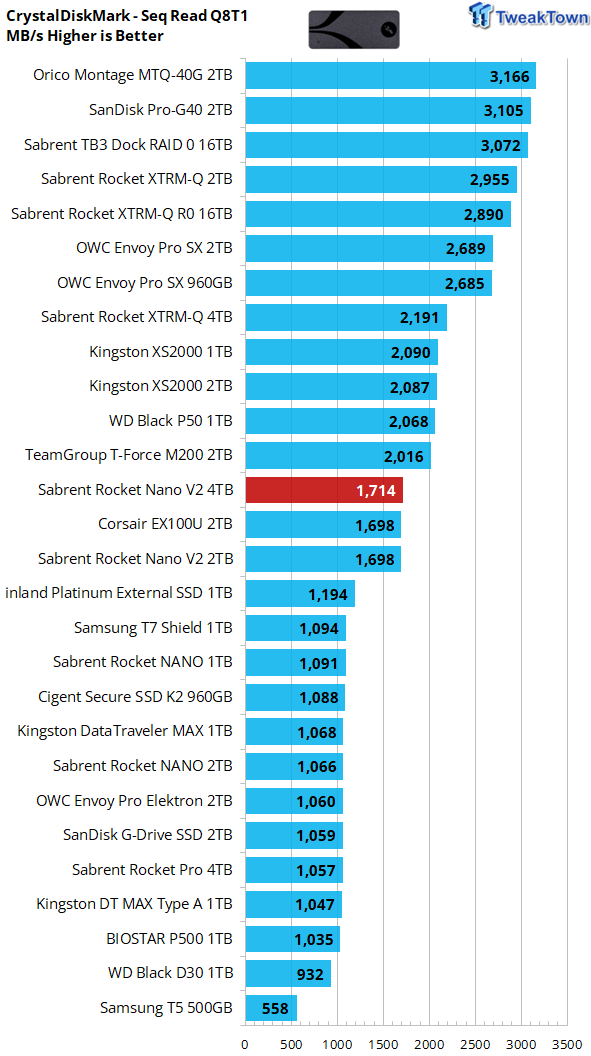 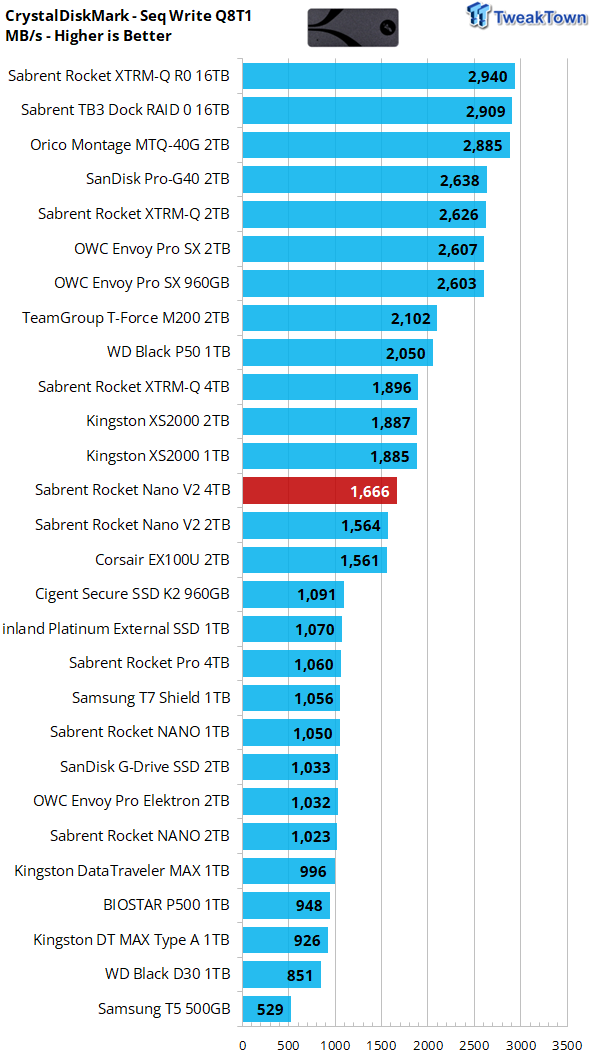 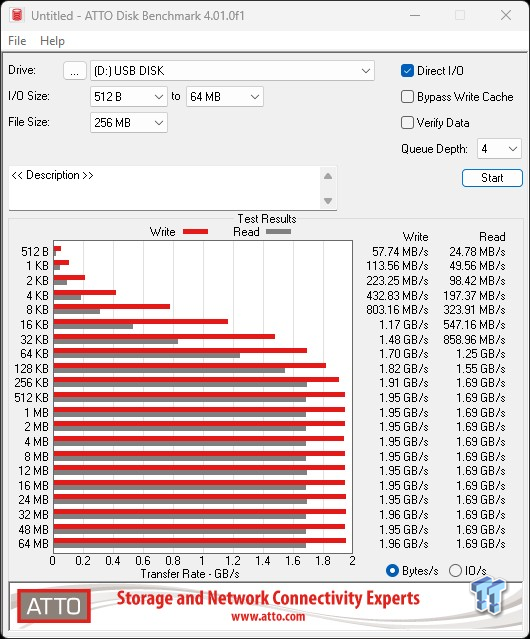 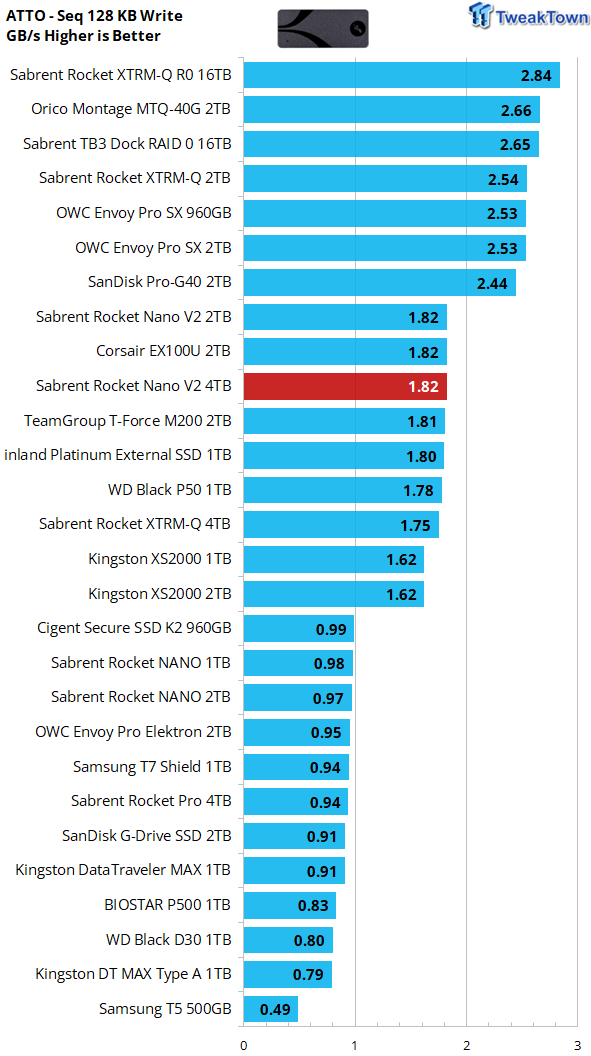 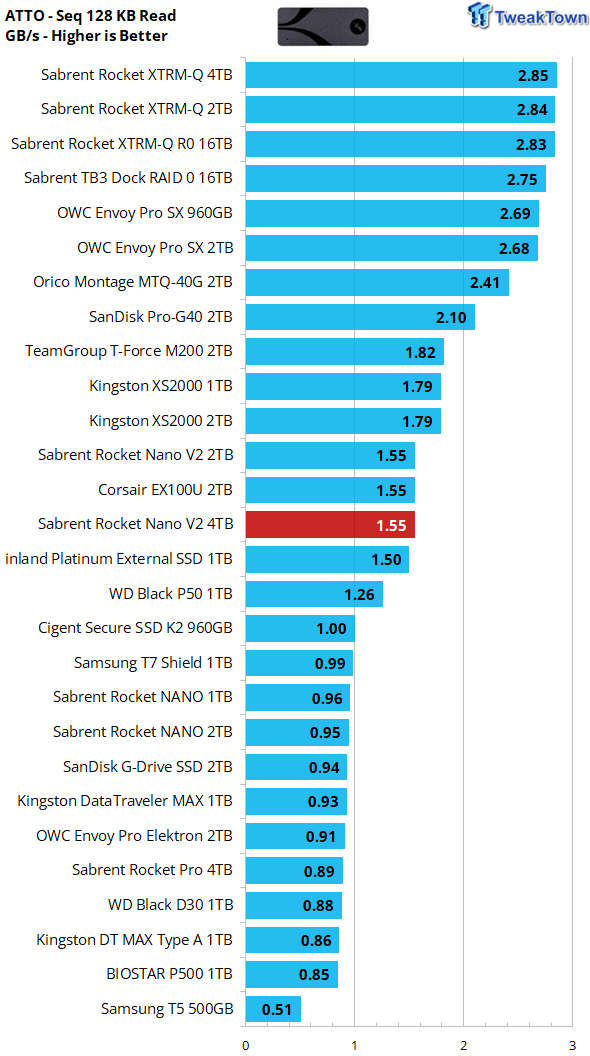 ATTO demonstrates our test subject hits full stride at 256KB transfers. We like the smooth pattern the drive is delivering. No hiccups along the way is always great to see. 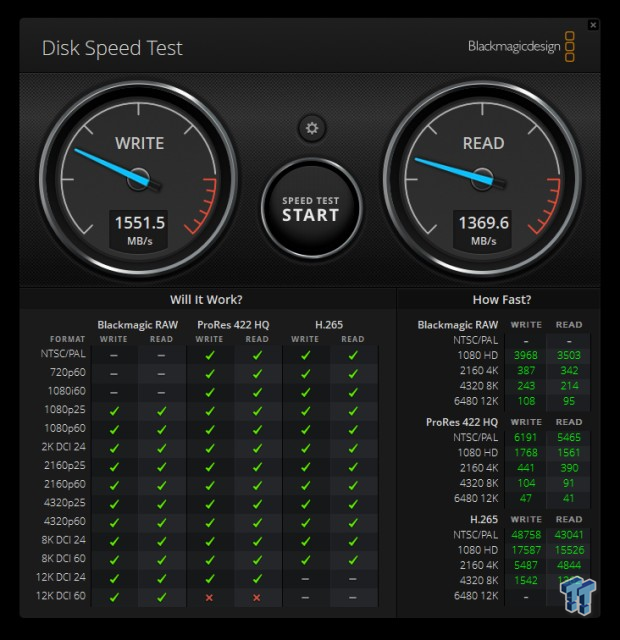 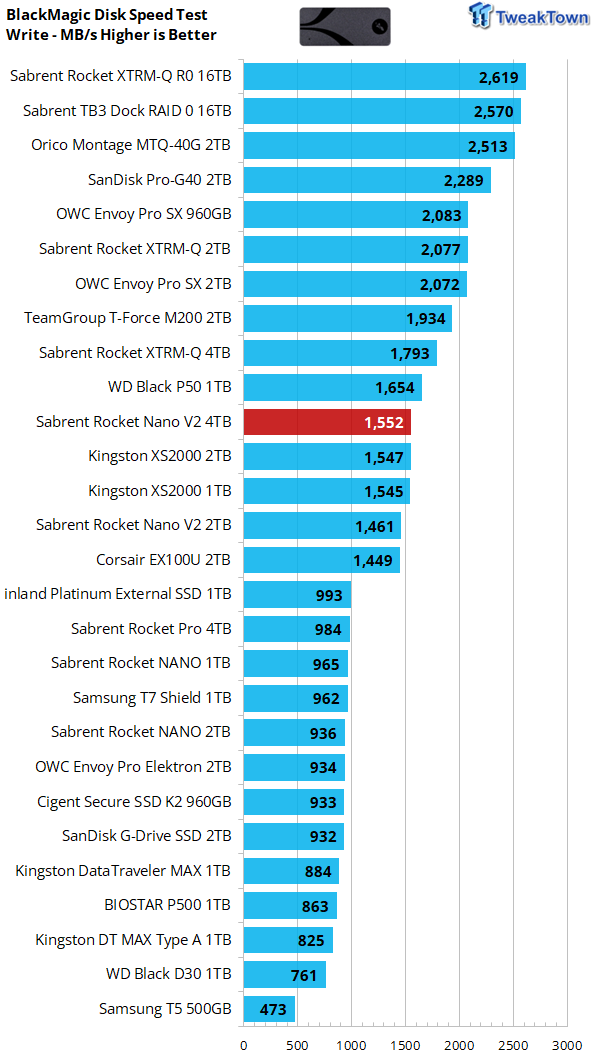 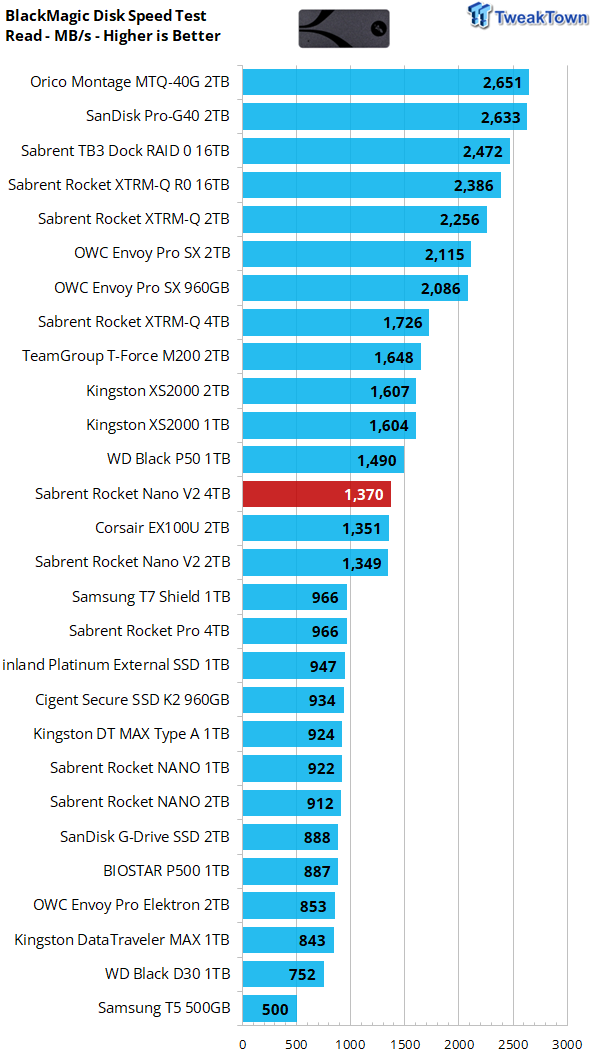 Sabrent advertises its new Nano is ideally suited for 8K video applications, and here we get strong evidence supporting the validity of this assertion. 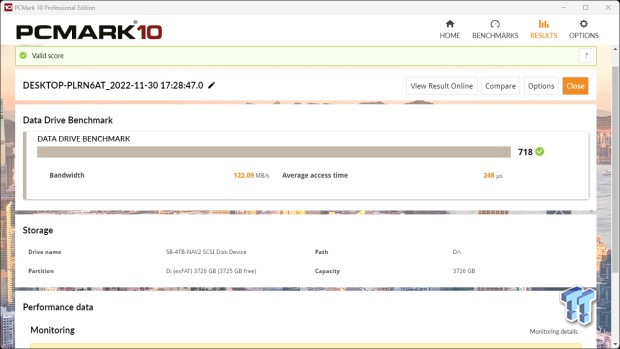 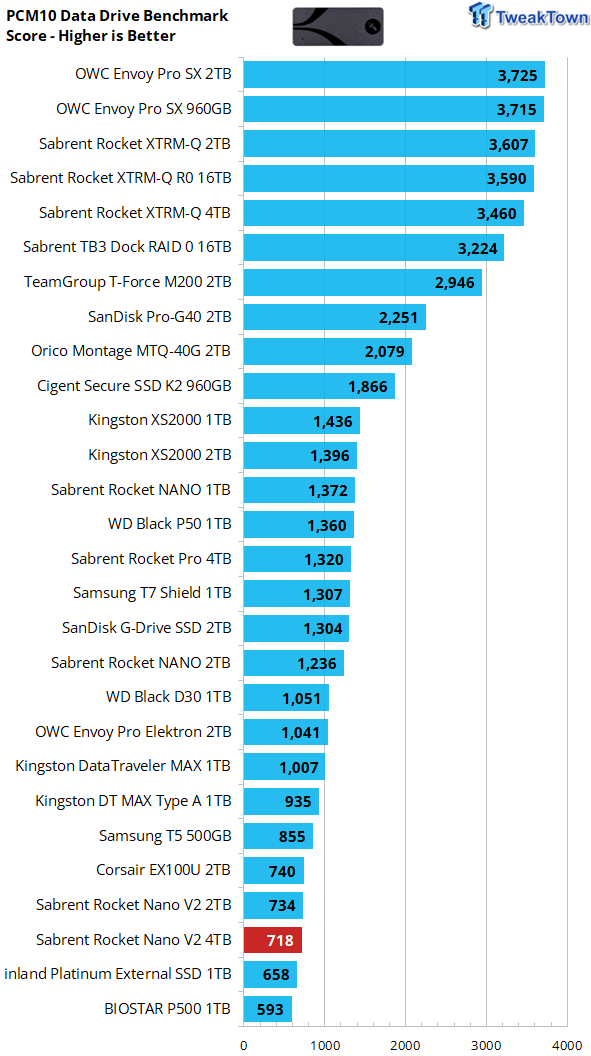 As a dedicated data drive, there are better choices than the Nano. However, we won't knock the Nano V2 much for this as it is a very unlikely use-case scenario for this type of ultra-portable device. 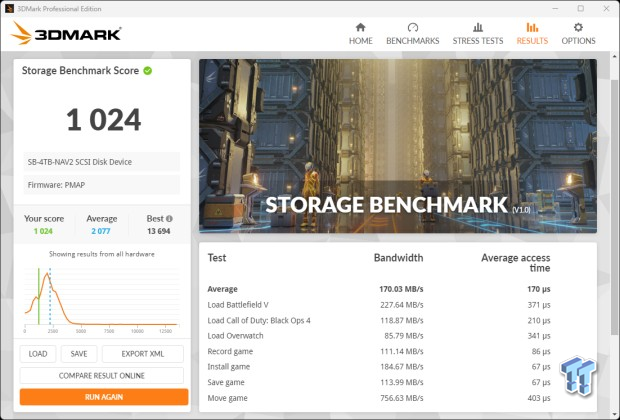 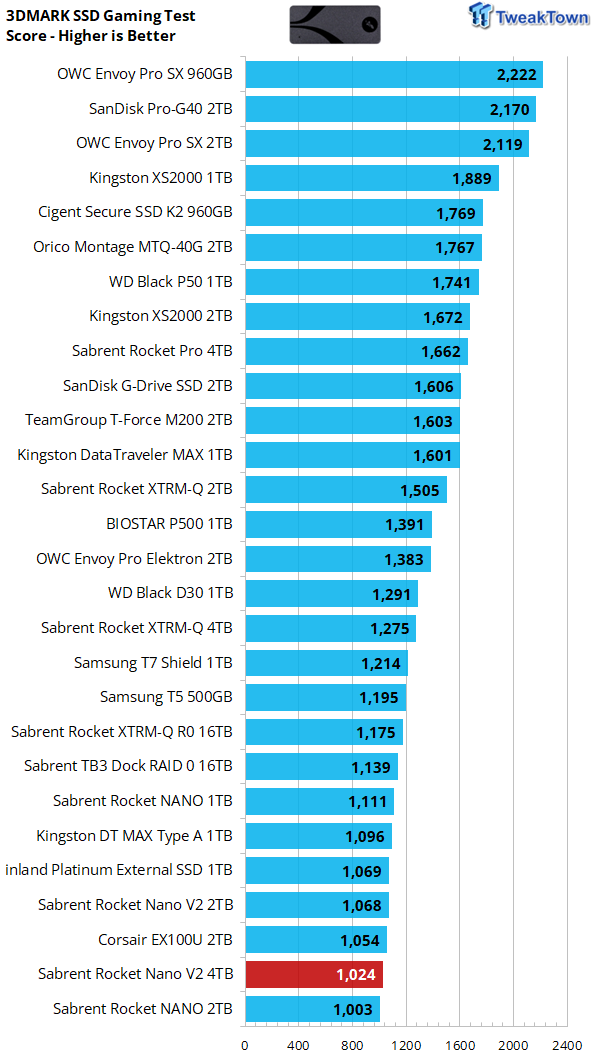 Gaming is a performance metric that matters to the majority of DIY consumers, especially to the enthusiast crowd that TweakTown caters to. We are now including gaming performance as a part of our external SSD reviews, as using portable storage for gaming duties is very popular among avid gamers. We want to see a minimum score of 1,000 here, so we get what we are looking for as a minimum. It is important to keep in mind that we are getting more than acceptable performance here from a super-low power universally compatible device. 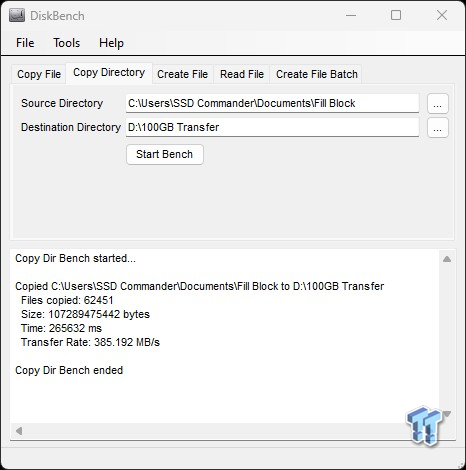 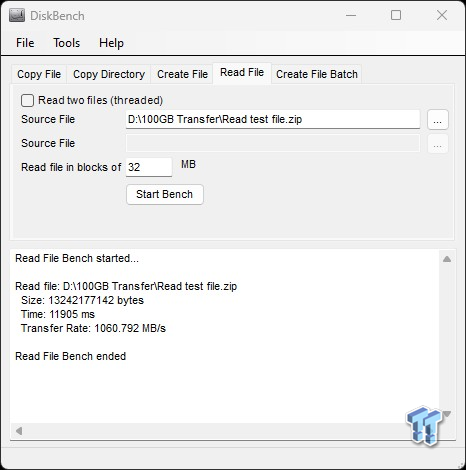 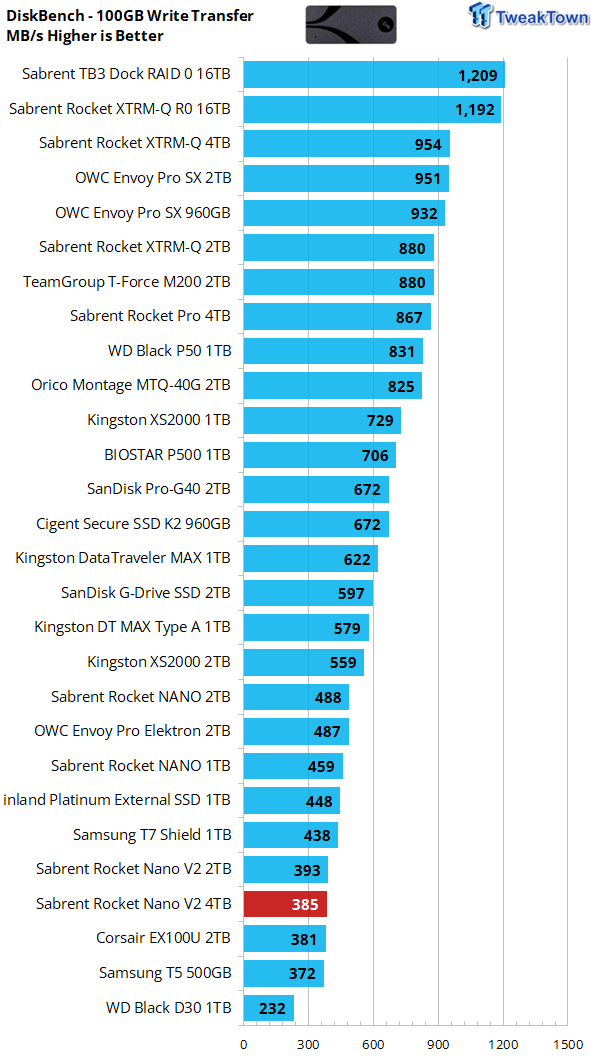 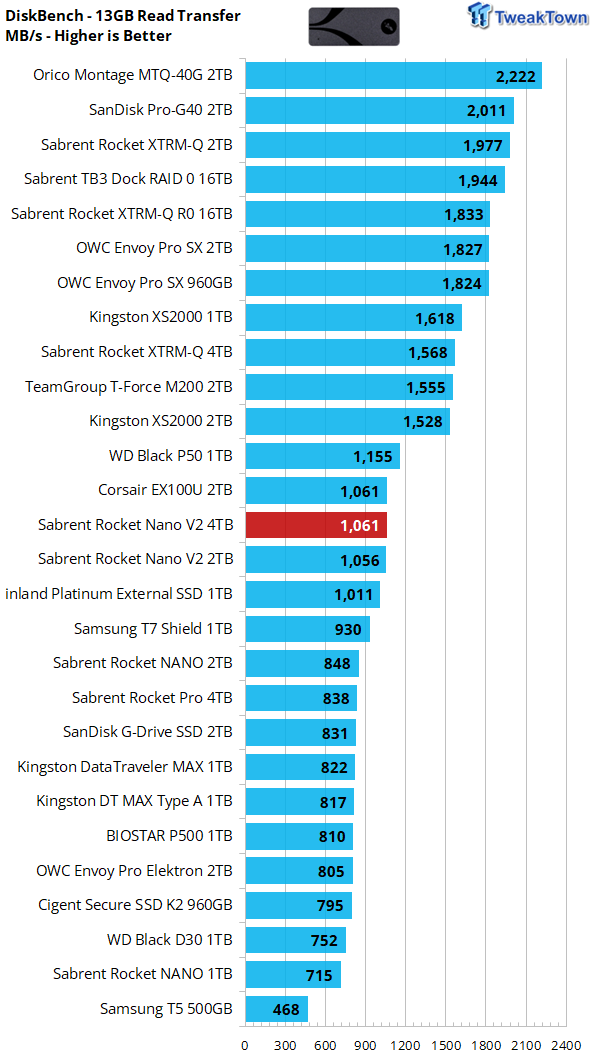 We brutalize our test subjects with our extremely hard-to-swallow 100GB data block. This data block is the same one we use for our internal SSD testing and comprises more than 62K files. This is where the rubber meets the road for a portable SSD. Real-world transfer performance is good enough when programming data and excellent when serving data to the host. 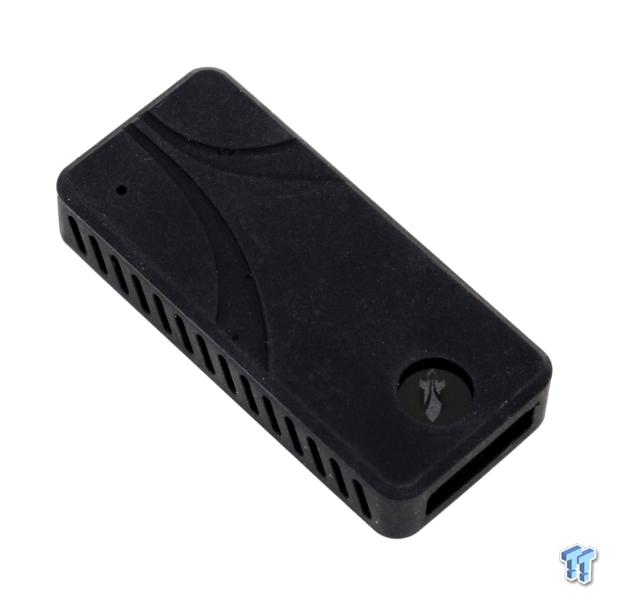 A new favorite, the same as the old favorite, only now there is twice as much to love about Sabrent's Nano V2. 4TB of universal compatibility is indeed glorious, as is its, as we measured it, more than 1,700 MB/s throughput over a USB 3.2 Gen2 x2 host port.

Universal portable compatibility at up to 1,700 MB/s and 4TB of it? This is as good as it gets.