Versatility goes a long way, and the Turtle Beach Stealth 600 Gen 2 MAX delivers great audio no matter if you're playing on PC, Xbox, or PlayStation. And with a battery life that's next level, it's hard not to give it the big recommended stamp.

Versatility is a strong suit when it comes to wireless audio. The more device compatibility you've got, the better. But there's often a roadblock, marked by a giant X on a map when it comes to wireless gaming audio. Microsoft's Xbox uses different wireless protocols for audio compared to PC, PlayStation, and just about any other gaming device that supports 2.4 GHz wireless. Where Bluetooth becomes a value-add for mobile device support, Xbox functionality also needs its box to tick for that Xbox value-add.

This means that a lot of wireless offerings are PC and PlayStation supported, not because designers and headset makers are Sony fans all in on the home of God of War Ragnarok and Spider-Man, but because that extra layer of versatility requires a change in wireless delivery. See, an additional cost. 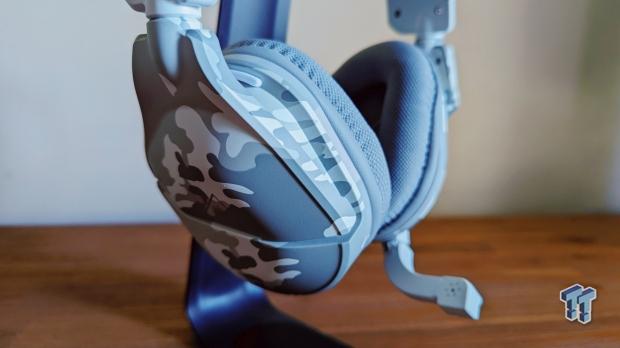 The Turtle Beach Stealth 600 Gen 2 MAX reviewed here is specifically the model designed for Xbox Series X|S and Xbox One on account of the wireless dongle having two modes you can switch between - "USB" and "Xbox". And with that, the compatibility list is commendable, Xbox Series X|S, Xbox One X, and Xbox One S for "Xbox" mode. PS5, PS4, Nintendo Switch, PC, and Mac for everything else. Yeah, any gaming device that isn't mobile or Bluetooth-only is fully supported here.

Outside of that little history lesson and wireless gaming primer, you might be wondering what makes this new model different from the Turtle Beach Stealth 600 Gen 2 we reviewed back in 2020. Well, that's where the MAX comes into the picture, which is about the sizable 48+ hours of battery life you can expect from a single charge. Where most wireless gaming headsets offer roughly half the game time, not having to worry about charging the Turtle Beach Stealth 600 Gen 2 MAX even after a week of on-and-off usage is great.

Plus, it retains the somewhat affordable mid-range price-point of USD 129.95 and AUS 219 - where it can be picked up for considerably less if you dig around various digital and retail storefronts looking for a bargain. From price to versatility to comfort and even ease of use, there's a lot of good to be found when it comes to the Turtle Beach Stealth 600 Gen 2 MAX, so let's dig in. 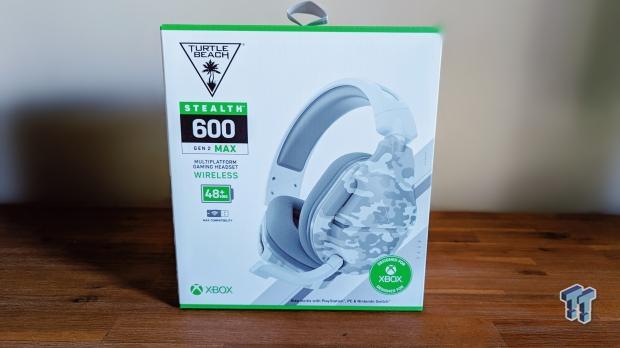 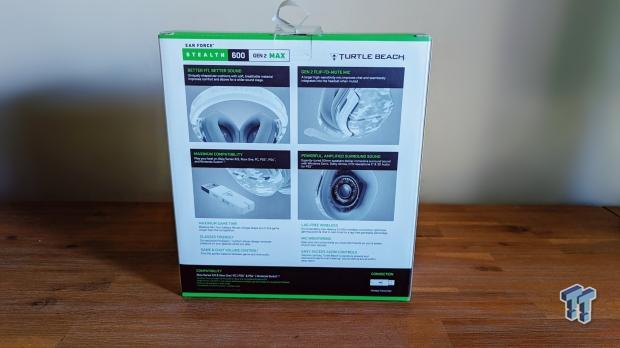 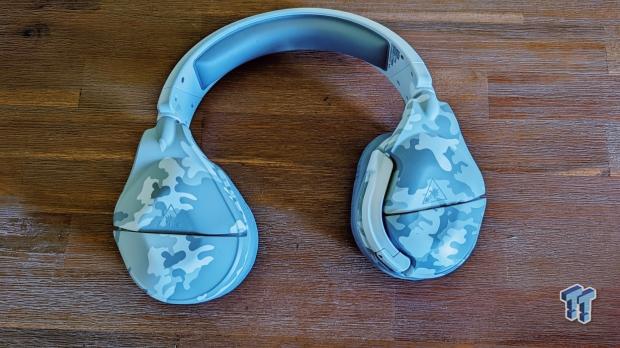 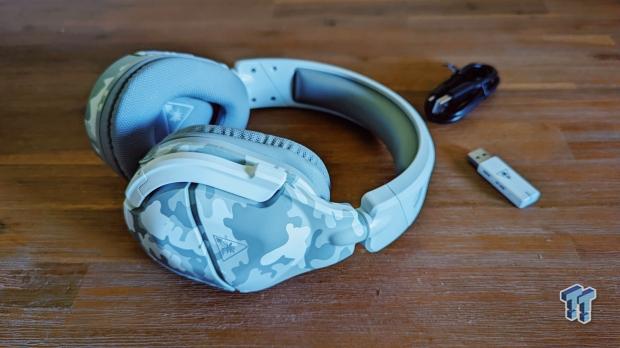 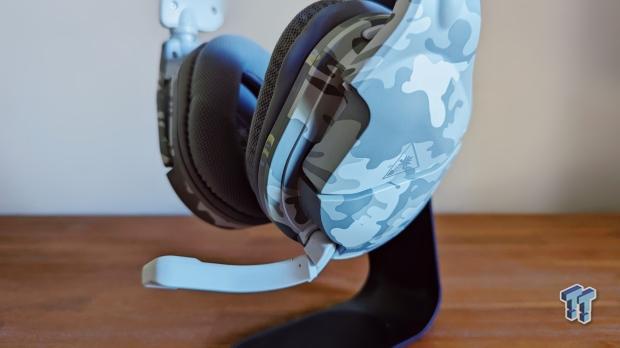 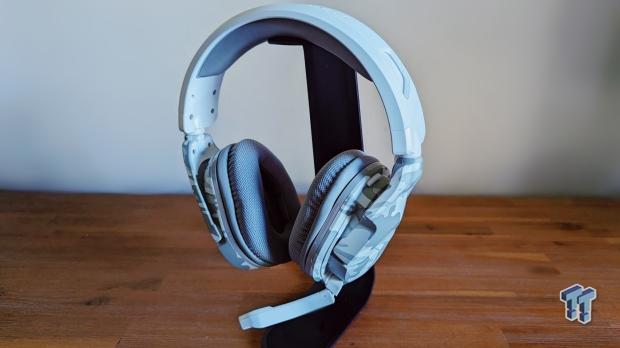 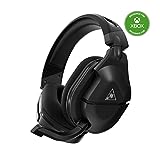 There's also the funky new Artic Camo design, which joins the comparatively plain Black and cool Midnight Red colors to offer some variety in how the Turtle Beach Stealth 600 Gen 2 MAX looks. Naturally, personal preferences play a role in choosing something like color schemes, but it must be said that the Arctic Camo pattern works extremely well with the white and thick headband and angular flourishes found across the Stealth 600 Gen 2 MAX line-up.

Outside of that, the form factor remains relatively unchanged from the non-MAX version. You've got the same flexible, sturdy, all-plastic build, flip-to-hide-and-mute microphone, and comfortable glasses-friendly ear cushions.

Turtle Beach always looks after bespectacled folk, and having tested multiple gaming headsets across multiple price points, having to deal with audio-bleed and a loss in bass response is a real problem when you add glasses in-between ear cushions and noggins. With the Turtle Beach Stealth 600 Gen 2 MAX, you've got an audio response that sounds identical, no matter if you're wearing glasses or basking in the glow of perfect 20-20 vision.

On that front, Turtle Beach delivers a great version of its signature sound here, warm and bass-heavy with clear mid-range and a crisp high-end. Perfect for gaming, electronic music, and watching movies with lots of action.

Like its predecessor, the Turtle Beach Stealth 600 Gen 2 MAX features an overall tight fit, but not one that you'd consider a bit too much on the pressure side. It's a headset for those that prefer a tighter fit when it comes to gaming audio, which has benefits when it comes to passive noise cancellation. Thanks to the closed-back design and the powerful 50mm drivers, even when playing games or listening to music at a reasonable volume, the Stealth 600 Gen 2 MAX cuts out a lot of background noise - adding to the immersion.

Controls are kept to the left ear, where you'll find separate volume dials for chat and game mix, an equalizer presets button, and the power toggle. The latter can be tapped quickly to enable Turtle Beach's Superhuman Hearing sound setting that drops all low and most mid-range to deliver nothing but highs. At least that's the idea; in execution, it makes games sound terrible and only makes sense if all you want to hear is unrealistically balanced gunfire, chatter, and footsteps.

Although the Turtle Beach Stealth 600 Gen 2 MAX features software support in the form of Turtle Beach Audio Hub, that's mostly for updating the firmware and being able to adjust microphone monitoring and tone levels. You'll also need to plug in the headset and dongle to make the adjustments, which is a little weird. It's very barebones.

For audio tinkering, as hinted at above, you make audio adjustments and switch sound profiles via the headset directly. The "Mode" button found under the volume dials switches between four distinct presets and sound profiles with an audible beep letting you know which mode you're currently in. One beep is the default and rich Turtle Beach Signature Sound, two beeps enable Bass Boost, three beeps are the Bass and Treble Boost combo, and four beeps are the Vocal setting. 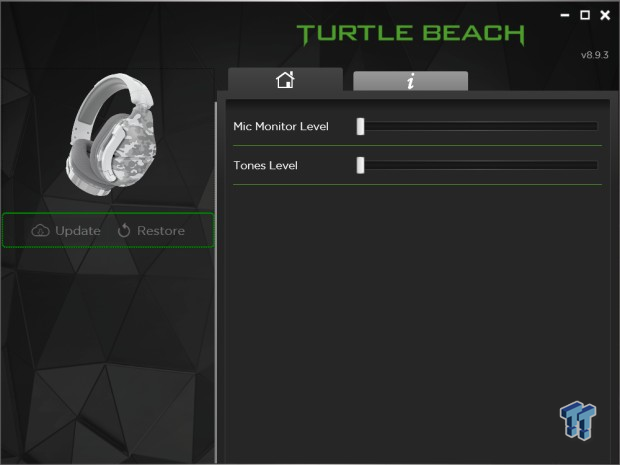 Simple stuff, and the latter - at least in our testing - is a far better option for that FPS-style high-frequency boost. On the surround sound front, you've got the inbuilt surround found in Windows and on Xbox to draw on or Sony's impressive 3D Audio on PlayStation 5. You can also shell out Dolby Atmos or DTS Headphone: X for that extra bit of spatial immersion. The sound profile has impressive stereo depth out of the box, so the Turtle Beach Stealth 600 Gen 2 MAX works great with all the different spatial offerings.

Turtle Beach is known for tuning its drivers specifically for gaming, which has the benefit of being suitable for most forms of music and media. It's an overall warm and chunky sound in that you've got crisp and detailed highs without distortion or harshness (unless you turn the volume up to MAX) and some impressively booming bass. Even though you can switch between four different presets, the default Signature Sound and the final 'Vocal' mode offer the best results as the latter doesn't lose out on bass and low-end clarity to deliver more presence in the high-end.

As an Xbox headset, we tested mainly by playing Forza Horizon 5, Overwatch 2, and one of this year's most surprising hits, Vampire Survivors. The latter's audio lives up to its chiptune aesthetic without much in the way of fancy orchestrations or sound design and was mostly a part of the mix on account of just how difficult that game is to put down and back away from. Naturally, Overwatch 2 and Forza Horizon 5 serve as better examples of making full use of Turtle Beach's great tuning and channel separation.

Everything from soundtracks to sound effects and other little details all come through clearly. Likewise, when firing up God of War Ragnarok on PS5, where you're treated to one of the most cinematic movie-like experiences found in all of gaming. The audio quality might not be on par with more premium headsets, but it's certainly great for the price point.

The Turtle Beach Stealth 600 Gen 2 MAX features a lift-to-mute microphone that fits snuggly and out of the way on the left ear cup, in addition to a tilt option that angles the somewhat short arm a little closer to your mouth. It's different, but we're not sure if it makes any real difference to the chat experience. On that front, it's mostly good news, as Turtle Beach's Gen 2 Mic captures a lot of vocal detail and nuance whilst sounding clear and natural.

The bad news is that it's prone to picking up quite a bit of background noise by default, which can affect overall clarity. This can be mitigated a little by adjusting the monitoring levels in the Turtle Beach Audio Hub software, though you need to connect both the headset and the dongle to a PC to make any changes. And there's no live monitoring.

For those that are spoiled in terms of gaming platforms and looking for a headset that travels from PC to PlayStation to Xbox and then Nintendo Switch, this is certainly something to consider. In terms of wireless versatility, the Turtle Beach Stealth 600 Gen 2 MAX has got you covered.

That said, there's no wired option, and the lack of Bluetooth means it doesn't double as something you can pair with your smartphone. Although there's no detailed software support, the fact that you can change sound profiles and presets via the headset itself means that you've got the same functionality no matter the device - which is very cool. 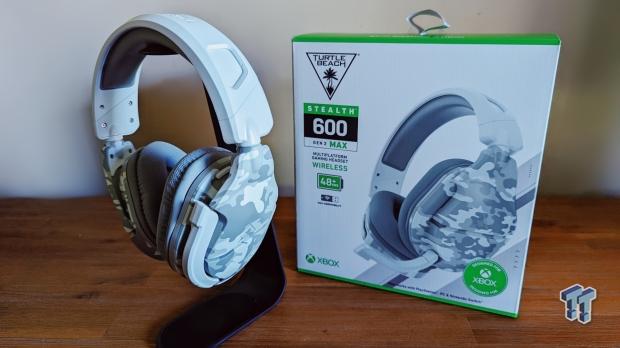 The long-lasting battery, which can easily surpass 48 hours of use, adds to the Turtle Beach Stealth 600 Gen 2 MAX's ability to be your go-to headset. And really, it is one of the big selling points for the headset. Great wireless audio in a solid and sturdy build that will last quite a while before you need to plug it in for a charge.

Versatility goes a long way, and the Turtle Beach Stealth 600 Gen 2 MAX delivers great audio no matter if you're playing on PC, Xbox, or PlayStation. And with a battery life that's next level, it's hard not to give it the big recommended stamp.