Emboldened by the strong response to The Search for Spock which turned the clock back and reunited Spock with the crew of the Enterprise crew, Paramount almost immediately turned their attention to the next installment in the series. But in lightening the tone quite significantly from its two predecessors, the studio even managed to produce a film that was more accessible to casual filmgoers, which expanded the fanbase considerably.

Following immediately from the events of The Search for Spock, Captain Kirk (William Shatner) and the Enterprise crew are summoned to Federation Headquarters to account for the consequences of their actions in returning to the restricted Genesis planet and the destruction of their flagship vessel.

En route, however, Earth becomes attacked by a powerful and mysterious entity that has paralyzed global power grids and generated crippling superstorms across the globe. The only hope for Earth is the plucky crew of the Enterprise and ancient Kington technology, which sees the crew return to Earth - circa 1986!

Universally referred to as "the one with the whales," The Voyage Home is often singled out as the standout entry in the original six feature films, earned by a refreshingly lighter change of pace, a somewhat relatable time frame, and which breaks free from the sci-fi gobbled-gook and reliance on prior Star Trek lore. 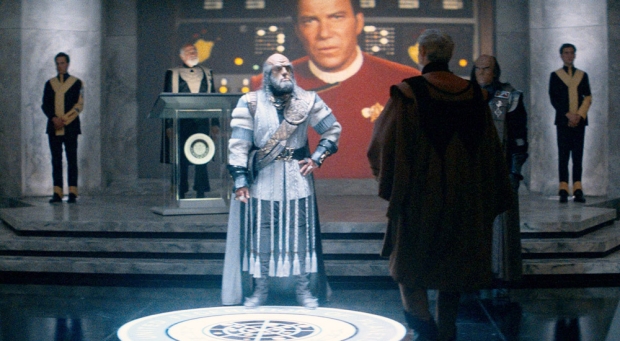 Star Trek IV: The Voyage Home is presented in its original aspect ratio of 2.35:1, encoded with H.265 compression and graded for HDR-10 and Dolby Vision.

As with its three predecessors, Paramount has returned to the original conformed camera negative in producing this brand new 4K transfer. In doing so, it wipes memories clean of the Blu-ray transfer, which exceeds two decades of age.

The image is stable, clear and detailed, and almost entirely cleaned of film artifacts and noise, which, owing to the analog nature of post-production, have been part of the image since conception. The 1980's settings offer a bit more visual panache and more natural lighting than the overly dark and dank sets that most of the Trek films to date had been filmed on, and this is reflected in a brighter and crisper image for the most part. Color balance is excellent, with rich and saturated tones where appropriate.

Overall, this is perhaps the best looking of the first four Trek features now released on the 4K format. We can only hope that the other entries are given the same care and consideration. Owing to their more recent vintage, I'd be very surprised if they don't easily surpass what's offered here. 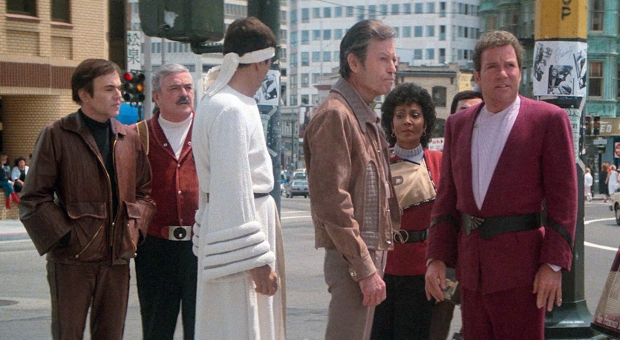 Released theatrically in six-track Dolby audio, The Voyage Home debuted in a remixed 7.1 track for the 2009 Blu-ray release, which has been repurposed for this 4K release.

Perhaps unsurprisingly, and owing to its age, the mix remains quite a front-heavy mix, despite some reasonably impressive attempts to engage the rear channels with discreet effects to match the infrequent battle sequences, but less so during more reflective ones. I noticed no problems with audio sync, and the dialogue was fine for the most part. Surround usage is a little inconsistent; the general ambiance is a tad lacking, but the surrounds spring into life during some of the numerous action sequences. The subwoofer receives sufficient attention when called upon.

Again, Paramount has provided a good, albeit conservative remix for the film, bringing it into line with modern expectations, which remains true to the original intentions. 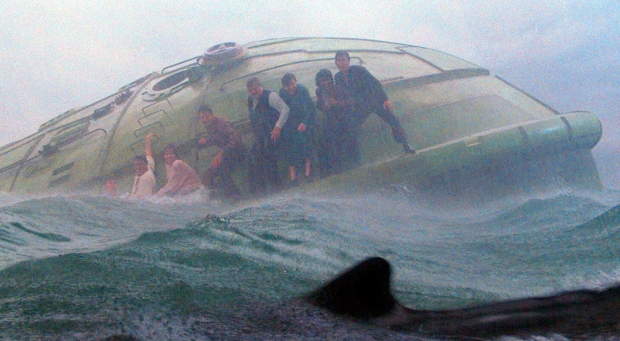 Unfortunately, at odds with the U.S. release, Paramount has not included a copy of the standard Blu-ray in the Australian release, which means all the video-based features are completely, and disappointingly absent.

However, the 4K disc does include two previously released audio commentaries, the first provided by Director/ actor Leonard Nimoy and actor William Shatner which is a lot of fun, and the duo play off each other well. While their relationship soured in the latter few years of Nimoy's life, this is a nice time capsule (circa 2003) that preserves the height of their friendship forever.

The second commentary features Star Trek: Into Darkness writing duo Roberto Orci and Alex Kurtzman who speak fondly of the film and what it ultimately meant for the career, noting that the latter has now received the keys to the Star Trek kingdom - for better or worse. 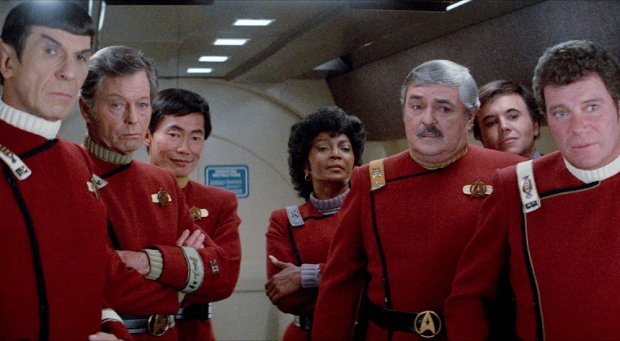 The lightest and most accessible of the original Trek features, The Voyage Home's 4K debut leaves the previous Blu-ray in the cold of space.