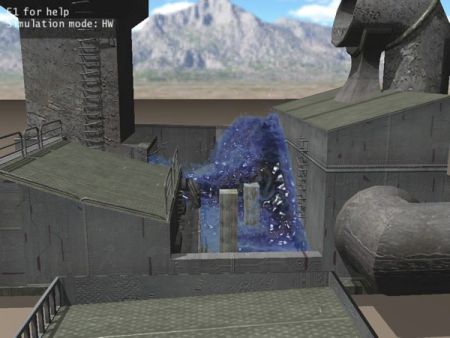 By making your way over to NVIDIA's Force Within web portal, you are given a full selection of free demos and applications with which to make use of PhysX processing via your card. Of course, you'll first need to download and install the new PhysX enabled 177.83 driver, also made available at the above location.

Owners of NVIDIA branded video cards have waited for a while now for the company to announce its PhysX enabled drivers that will allow higher-end video cards to process physics on the GPU. Today NVIDIA officially announced the drivers that enable PhysX technology -- free on any GeForce eight series or higher GPU.

NVIDIA says that by integrating PhysX technology into its GeForce eight series video cards, game designers can now build more compelling and realistic game environments with components like water and smoke that react as they would in the real world. NVIDIA says that its PhysX technology is already being used in more than 140 shipping titles on the Sony PlayStation 3, Microsoft Xbox 360, and Nintendo Wii. The GeForce Power Pack released today now activates PhysX on the PC platform.