Among a flurry of other new products released by the growing company, they were showing off their new Xpressar cooler. 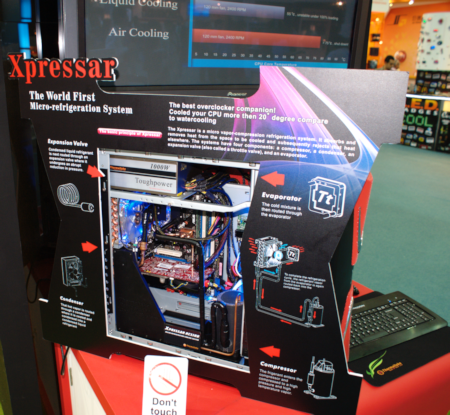 It claims to be the world's first micro refrigeration system and also claims that it is able to lower CPU temperature 20 degrees Celsius more than water cooling. 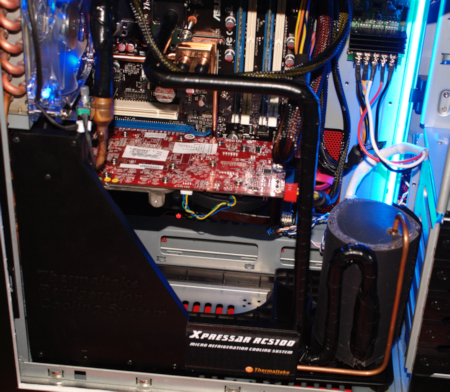 We are just itching to get our hands on this unit for review!