Developed by Celsia Technologies, the new Ascent Redline and XP memory is said to be able to raise the bar in performance by employing the use of eVCI (enhanced Vapor Chamber Interface) cooling technology, which Mushkin claims is the current state-of-the-art technology when it comes to heat spreaders. 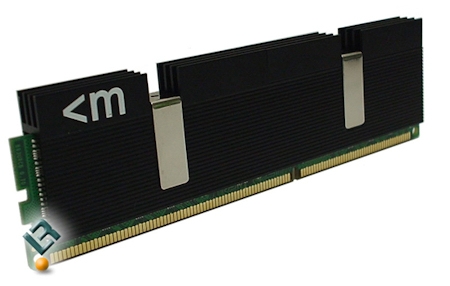 At the heart of Mushkin's eVCI cooling solution are two 123mm x 25mm liquid filled copper vapor chambers developed by Celsia Technologies (www.celsiatech.com) that are encased on the outer dimensions by high conductivity 6063 aluminum alloy. In direct contact with 95% of the memory chip surface area, the vapor chambers effectively eliminate hot spots on the chip and quickly transfer heat to the aluminum where it is dissipated into the surrounding air.