It doesn't seem to include anything overly spectacular besides the AMD chipset features such as Hybrid Crossfire. It does manage to fit in not only a DVI and VGA port but also HDMI.

It would have been nice to see an optical out port for digital audio but I guess HDMI is going to take over from that soon enough for newer HD audio such as Dolby TrueHD and DTS-HD. 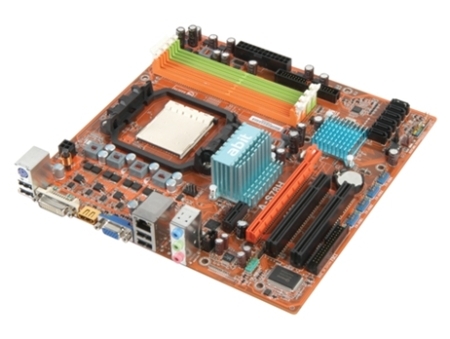