We're one step closer to a Futurama-style world where courtrooms will be populated by humanoid defendants with robot lawyers pleading their case to either a robot or alien judge. Welcome to the age of AI legal assistance.

Legal advice startup DoNotPay is reporting that AI will be helping two defendants dispute speeding tickets. The AI legal assistants will communicate to the defendants via an earpiece to let them know what to say and when. One case will be litigated over zoom with the other in an actual courtroom.

DoNotPay describes its app as "the world's first robot lawyer" with lofty claims that it can help you fight corporations, beat bureaucracy, and sue anyone. Because, sure, why not. It's worth noting that there's a disclaimer stating, "DoNotPay is not a law firm and is not licensed to practice law." Which sounds like a smart legal move for the firm and app.

As for the two speeding ticket cases, the defendants remain unidentified. Apparently, it's OK to head into a courtroom with an earpiece and speak to a robot. This means that the legal system is fine with this, or it simply doesn't have a legal precedent to block robot lawyers from entering a courtroom.

Ultimately we'd love to see this end up on TV, Judge Judy style, with robot lawyers pleading on behalf of defendants and a stickler from the golden age of humans dishing out justice.

With all of the advances in AI we've seen in recent years, it's surprising but also not surprising that robot lawyers are now a thing. 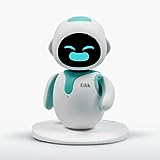