Thanks to the crew at Expreview, we see that the GX2 will come in stock form with clockspeeds of 600 MHz, 1500 MHz and 1000 MHz on the GPU, shader, and memory clocks respectively. Not quite as fast as many of us were hoping the card to be, with the memory clockspeed the only somewhat impressive of the three. Though this may have been a counteraction of NVIDIA's to help better manage the immense heat generated by the card.

Also spotted by the lads at TechConnect are some of the first pictures of the card in the flesh, courtesy of pchome.net. 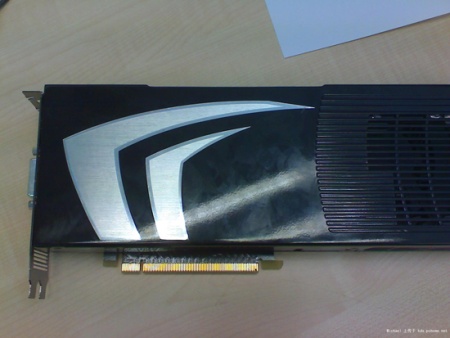 Launch date at this stage looks to be March 11; not too long to go now.
Newsletter Subscription